With just a few short days until Dragon Ball FighterZ is released to the public, everyone has been wondering who will be the final character to round out the playable roster at launch.

Well, it appears the answer has been under our nose the whole time. Android 21 has been revealed to join the playable roster with the likes of Hit, Beerus and franchise staples Goku and Vegeta.

If you’re a long-standing Dragon Ball fan and havent been keeping up with the game and wondering who Android 21 is. It appears she was created just for the game by the original Dragon Ball creator himself, Akira Toriyama.

Aside from being a creation from Toriyama himself, it seems that Android 21 has much going on than it originaly appears.Magazine scans from V-Jump have hit the internet showcasing her true self.

You can check the image provided below: 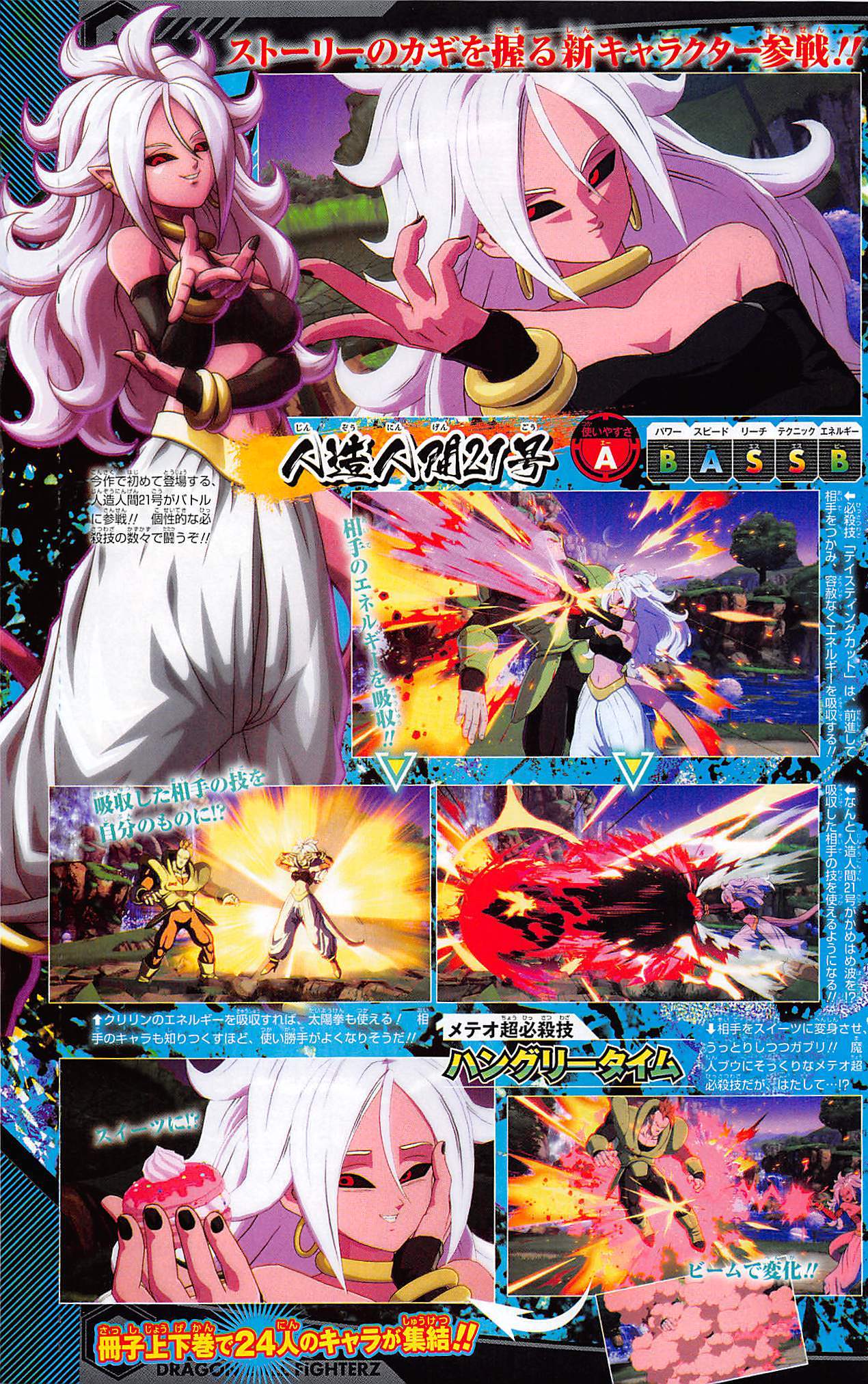 From the looks of the image, it seems that Android 21 is also from the same race as Maijin Boo, which makes this character even more interesting, as I honestly thought she was going to just be ‘another’ boring Android to be added to the Dragon Ball universe. Thankfully, I was completely wrong on that assumption.

Android 21 news aside, Dragon Ball fans have something else to look forward too, as Bandai Namco has announced that another open beta for Dragon Ball FighterZ is set to kick off very soon. You can check out the details of it here.