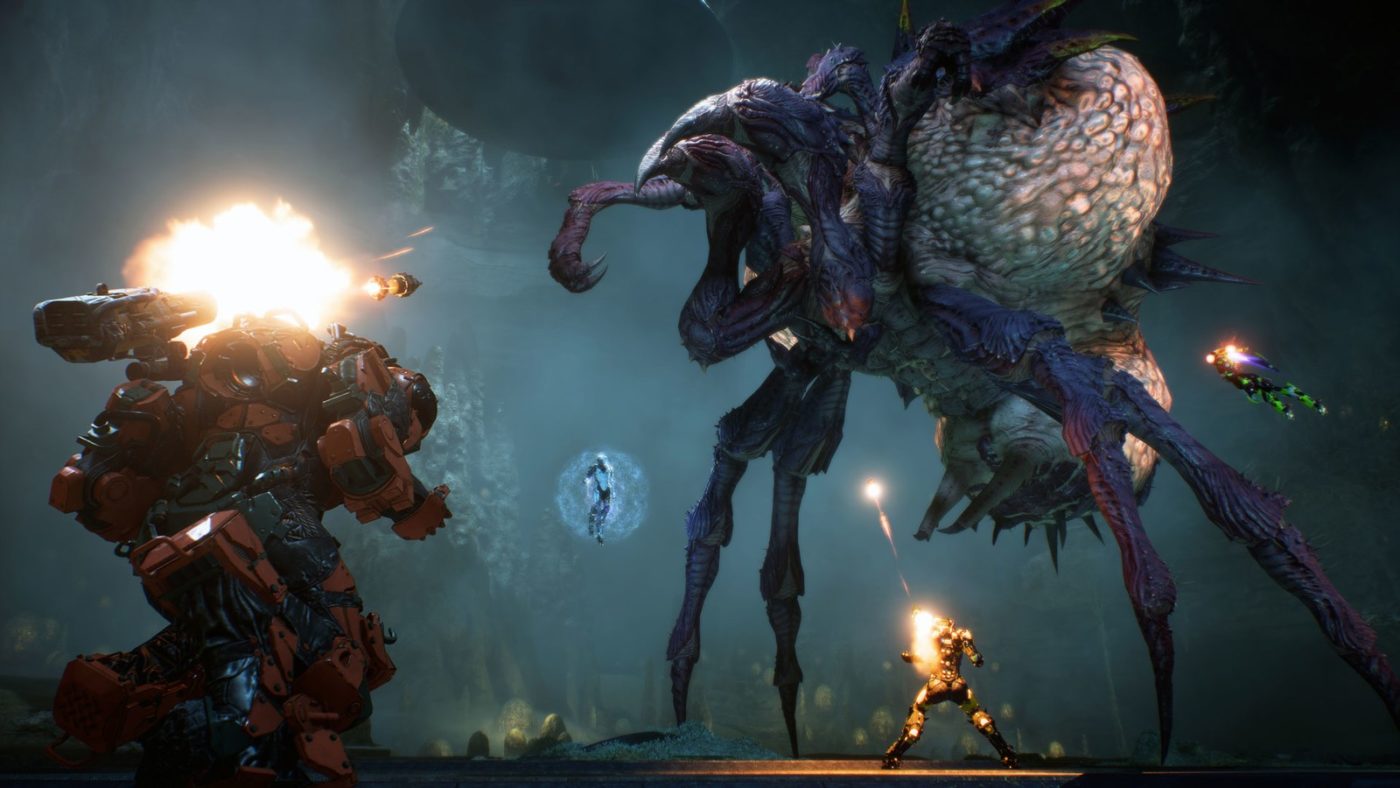 Here’s an interesting turn of events: While BioWare is still busy sorting out the PS4 crashing issue with Anthem, it seems there’s already another problem that has surfaced and it needs immediate attention, too.

Over on the Anthem subreddit, user YeetLordSupreme has conducted a test wherein he has proven that an Anthem level 1 rifle (Defender) does more damage than a level 45 Masterwork Rainer’s Blaze Rifle! Using a regular Scar trooper as a test subject, he managed to prove that the damage numbers that show up don’t matter at all.

So I was just fucking around with various guns and components, trying to quantify their damage amounts, when I stumbled upon something rather strange. It seems that the default weapon you get when creating a new loadout, is better than any other weapon in the game!

Components used during this test are Airborne Advantage, Convergence Core, Defensive Bulwark and Firearm Calibration Core. All are Ranger components which increase weapon damage. Anyway as for the test itself:

-With my Level 1 common Defender rifle, one bullet does 286 damage against a normal scar trooper.

-With my Level 45 masterwork Ralner’s Blaze rifle, one bullet does 1184 damage against a normal scar trooper.

Given these numbers, you might (reasonably) assume that the MW weapon will kill enemies faster, since it does more damage.

This is NOT the case!

Going back to the scar troopers, the MW rifle takes 6 bullets to kill our scar friend. Given the damage numbers, our level 1 rifle should take around 5x more bullets to do the job. Guess how many it actually takes?

That’s right. 4 bullets!!! Not 4x as many. Literally 4 rounds. Our level 1 rifle is somehow more effective than our level 45 masterwork, despite what our damage pop-ups are telling us.

I have tested this with various weapons and enemies, and while the numbers vary, the results are always the same: the level 1 defender rifle is by far the most effective weapon in my inventory. It melts literally fucking everything!

So, from this we can draw two conclusions:

The second one is by far the most concerning; as it implies some rather disturbing things about how the game was balanced.

Anyway, I’d love it if someone else could run these tests too to confirm that I’m not crazy or something…let me know what your results are!

Yes, that’s the evidence right there in action for everyone to see!

BioWare has since jumped on the Reddit thread and confirmed that it is indeed a bug. Check out the comments from BioWare Technical Design Director Brenon Holmes, and the studio’s Community Manager.

Will this damage bug be included in next week’s PS4 crash fix patch? For gamer’s sake, I sure hope so.