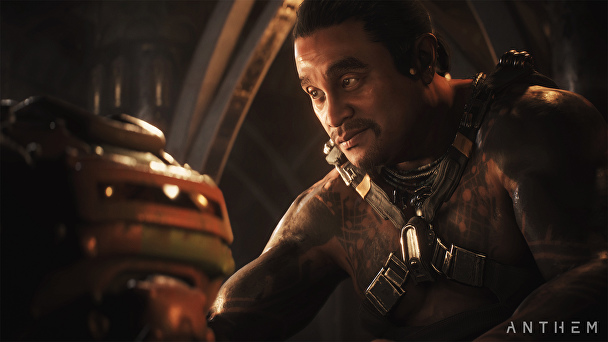 If there’s one thing live services games like Destiny, The Division has going for it, it’s that they have an ever-changing and steady flow of content that’s aimed to keep players constantly engaged. If BioWare’s latest statements regarding Anthem is to be believed, content won’t be an issue with it at all.

Speaking to USGamer at PAX, BioWare Producer Mark Darrah, and Lead Producer Mike Gamble were asked if BioWare has multiple teams working within the studio working on new content like other live services games.

Is there a lot of flexibility with the dev team? I spoke with another live service developer earlier this year and they have four teams working on new content to pump them out at a regular clip. Is this the same for BioWare?

Mike Darrah: That’s exactly right. I can’t remember the number, but it’s in that sort of four, five, or six-

MD: Streams of content. You know you’re going to do this kind of content and you want to do it every three months, but it takes five months to work so you need to have two of those going at the same time. But also, it’s just things like, ‘Okay, well we’re going to have one stream of people working on quality of life improvements and one group of people working on this kind of drip feed narrative stuff, or this kind of person is going to work on all the holiday events.’ So, it’s really about keeping the machinery running and not doing this very serialized developments that you see

MG: I don’t want to sound like we have hubris in this. We will make our own share of mistakes we absolutely will. Everyone who launches these kinds of games makes their share of mistakes. It’s, as you said, having the flexibility in the team to build, to respond to those quickly. Because we can test, test, test, test, we can focus on something and then it’s the thing that we don’t test which is like, ‘Gotcha!’ And you have to be able to respond right?

This is definitely good news, right? Let’s hope BioWare can make the missions and new content feel fresh and different enough from each other so players won’t get bored.

In other Anthem news, BioWare has confirmed that the game’s Lead Combat developer was also the Combat Lead dev for Halo. Regarding content, don’t forget that all story-driven DLC will be free!