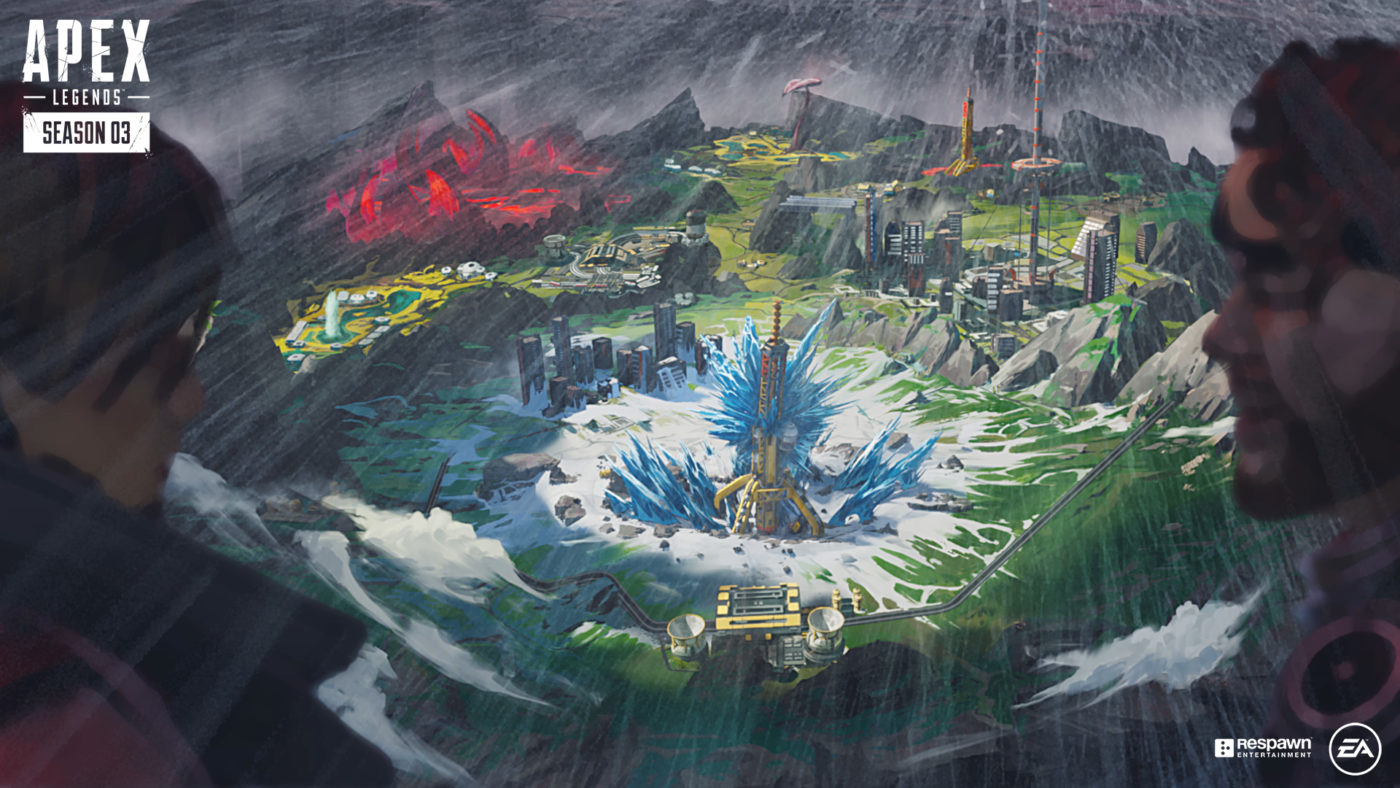 Apex Legends Season 3 – Meltdown is officially releasing on October 1 and a new launch trailer for the new season has been released. The new trailer not only showcases the previously announced new Legend, Crypto, and the new Charge Rifle but it also unveils an Apex Legends new map called “World’s Edge.”

The new map looks like it features several biomes including a snow-covered area with towers of ice, what looks like a modern city or town, an area with ponds and water geysers, a volcanic area covered in molten lava, and more.

The most interesting element of the map shown in the trailer though is a train that, if actually included in the game, will definitely be a point of interest for players not only as a source for loot but also a quick way to get around the map.

With only a few days left until the beginning of Season 3 – Meltdown, we’re sure Respawn will be revealing more about the new World’s Edge map as well as the rest of the content coming in the new season in the next few days.

Same as before, once the update is out, expect us to inform you about it ASAP.