Just a few days ago, we reported that a couple of new Apex Legends heroes might be coming to the game based on a datamine of the game’s files. Well, it seems that’s not the only thing we’re getting that’s new!

Found by fan-ran GamingIntel, the game’s files mentions a few new Apex Legends new modes! One of them is called “Recruit,” and it seems it’ll be a 20 vs. 20 match, and every enemy you revive will be recruited to be on your team; last team alive wins the game. 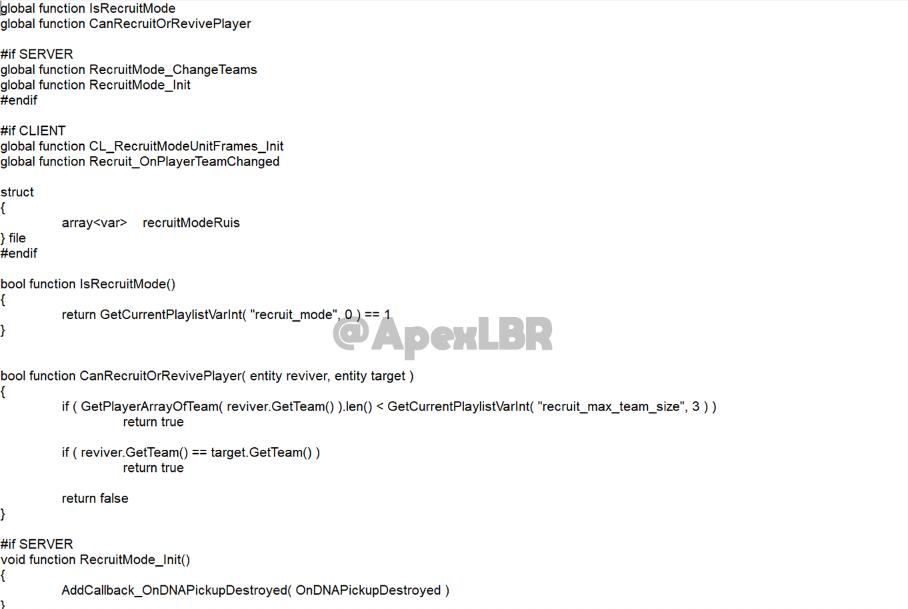 Another mode found in the files is called “Survival,” with other Apex Legends fan-ran Twitter account RealApexLeaks stating that we might see a host NPC (non-playable character), which there are eight to choose from. They’re not the normal Legends (read: the ones out now). 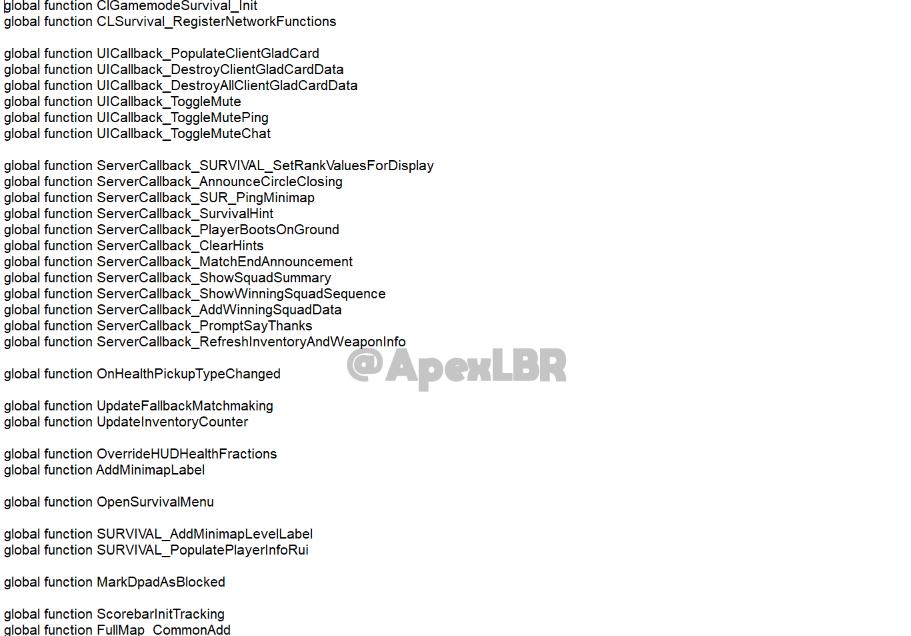 LEAK: For the #ApexLegends Survival Mode, we might be seeing a Host NPC. There were 8 options to choose from. They're not the normal Legends, I've cross checked.

I'm not exactly sure what the hosts do, but I think it's gonna be cool.#ApexLegendsBattleRoyale pic.twitter.com/O4jVcBO2RS

Finally, ApexLBR has found what appears to be a TDM mode (team deathmatch) for Apex Legends, though it could be something from Titanfall 2 given there’s the word “Pilot” at the bottom. For those unaware, Titanfall used the term Pilots for soldiers.

Something found about TDM mode in #ApexLegends.
Could be a TF 2 folder because of the "Pilot" on the bottom, but who knows 😉 pic.twitter.com/H2s9F2z3J8

We’ve reached out to EA for a comment on this, and will update the story if we get a response.

For something more tangible, check out what how the Apex Legends netcode fares against the likes of Fortnite, PUBG, and more.