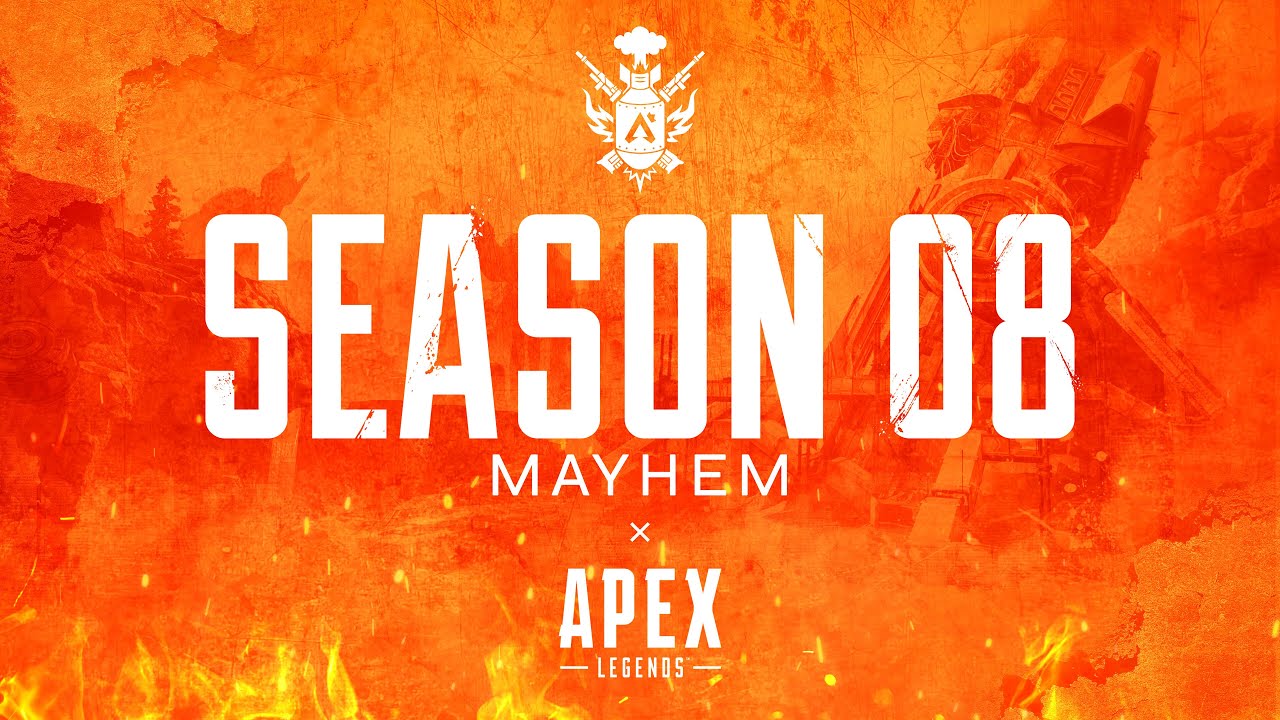 If you’re an Apex Legends player, chances are you’re very much looking forward to tomorrow, February 2, as that’s the day when Season 8 starts, which brings a new legend, major map changes and more. Before the patch drops though, Respawn has released the full Apex Legends Season 8 patch notes! 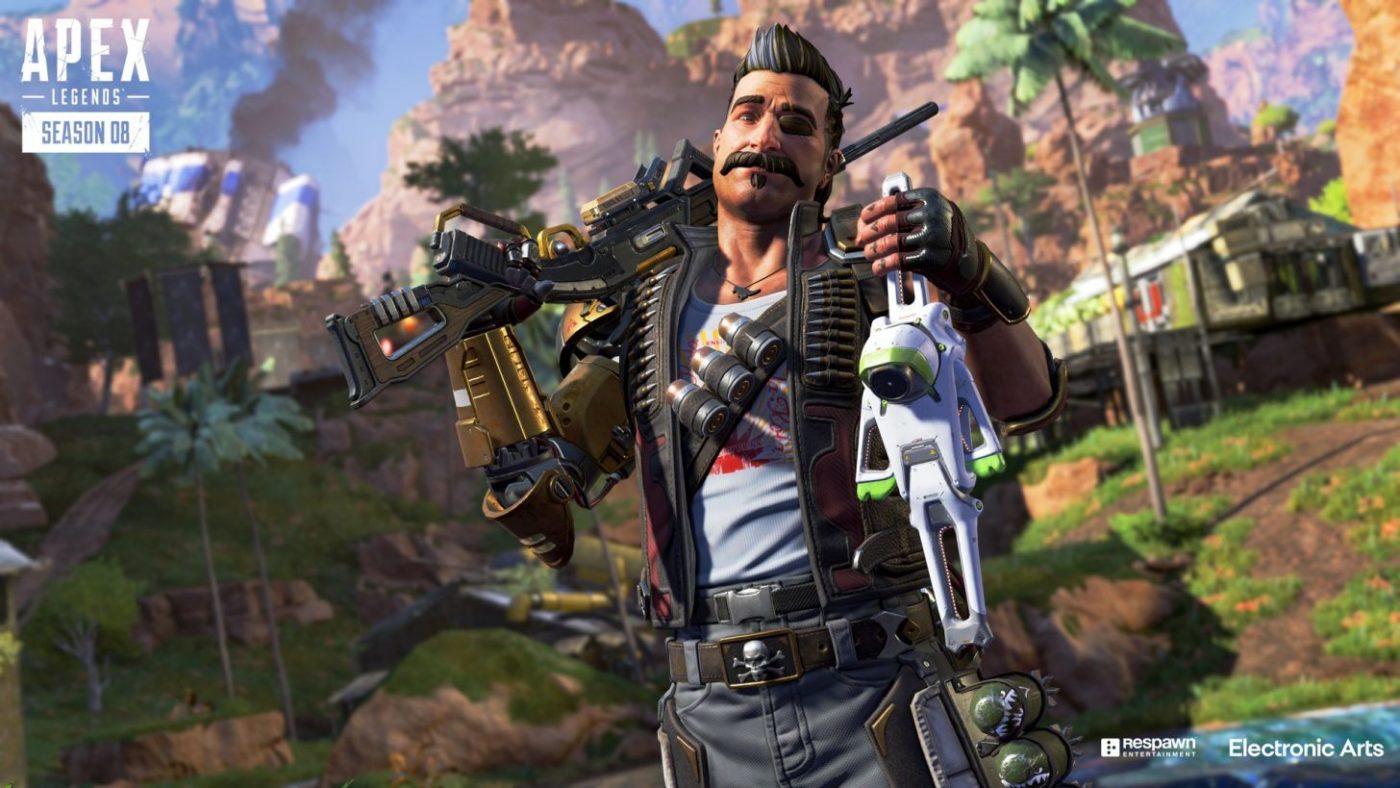 Meet Fuse: a mercenary-turned-cage fighter who never turns down a good dust-up. His affinity for explosions allows him to carry extra grenades and to throw them faster and further. He can launch a cluster bomb with airburst explosives. And when it’s time to really bring the boom, Fuse uses “Wally” to launch a bombardment that encircles an area in a ring of flames.

Launch a bombardment that encircles a target area in a wall of flames. 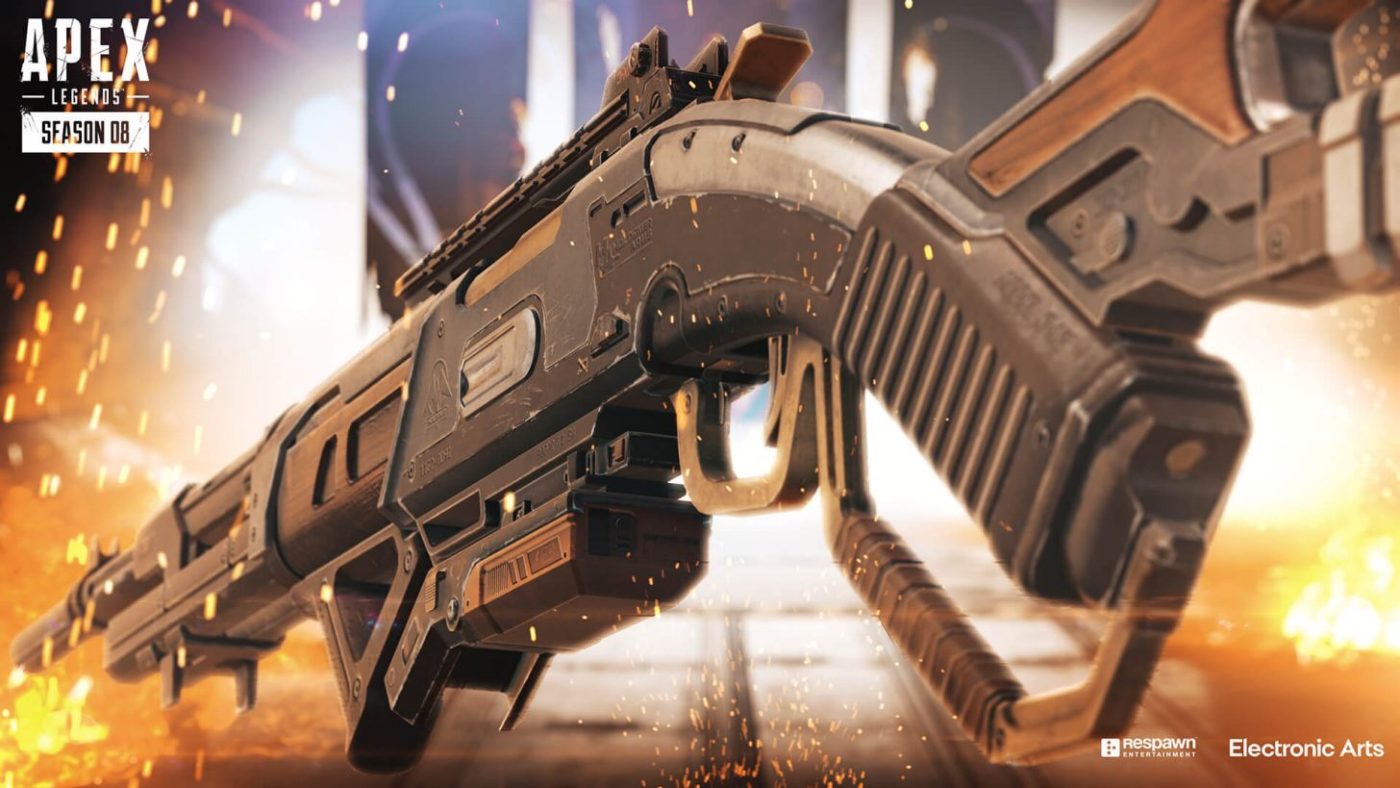 The 30-30 is the benchmark for reliability, designed to withstand whipping sandstorms and temporal instability, which made it an obvious choice for the Apex Games.

The 30-30 Repeater requires the user to rechamber their rounds between shots which brings a methodic rhythm to the rifle, an analogue elegance that the modern weapons of the Outlands just can’t quite capture.

To further tempt those itchy trigger fingers, the 30-30 Repeater has a built-in charge giving players an opportunity to deal increased damage with each shot at the cost of a short build-up.

The 30-30 reloads one round at a time, which makes for some very interesting resource management you won’t find anywhere else, even on the Mastiff.

The 30-30’s engagement range allows unique opportunities to reload individual rounds between shots. This gives the Repeater the ability to lay down consistent precision ranged pressure, something weapons with full reloads can sometimes struggle with. 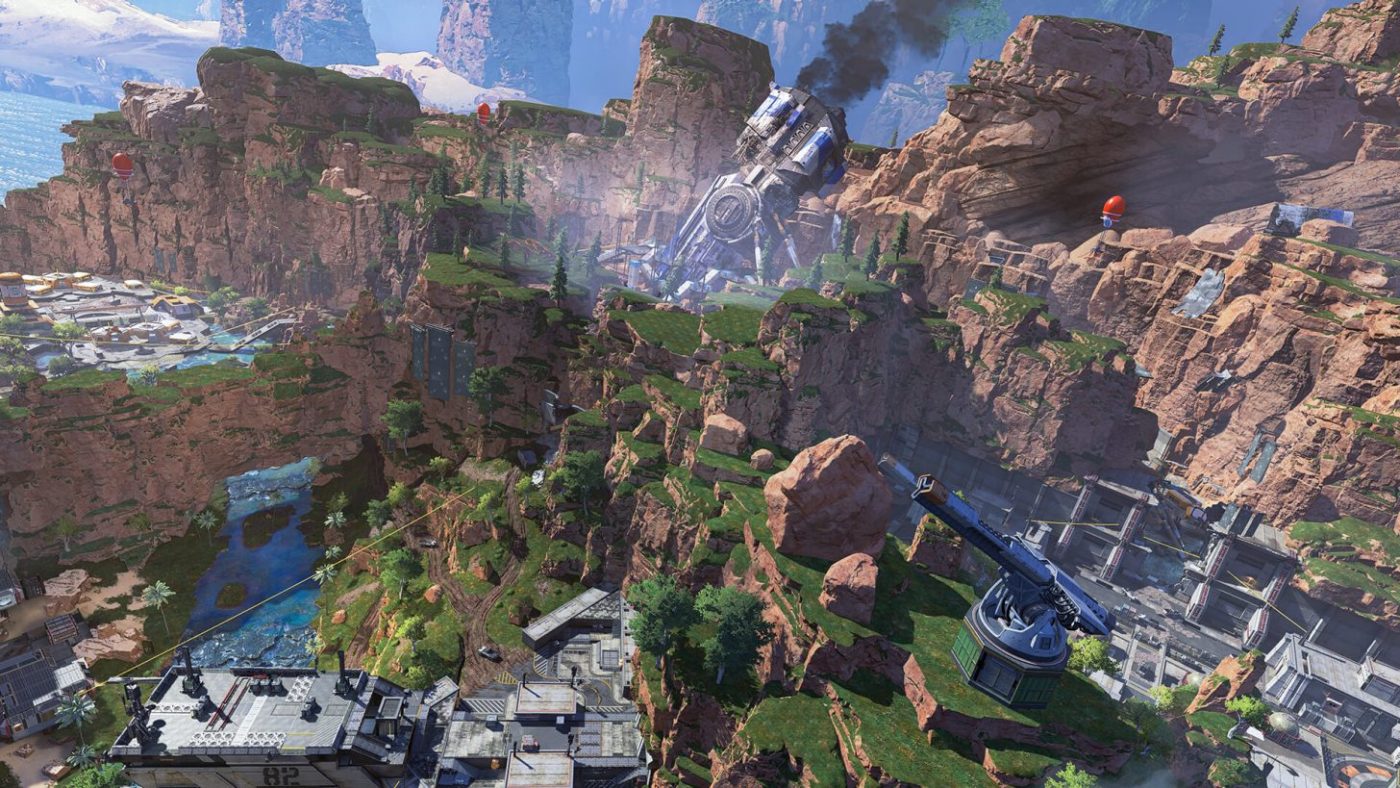 Season 8 once again sees changes to Kings Canyon. The main new point of interest shows the devastation from the ship crashing into the map. Players can now explore beyond Artillery, Spotted Lakes takes over the Slums and some new observation towers for basic recon or a sniper’s nest. Read more on the map changes in the map blog here. 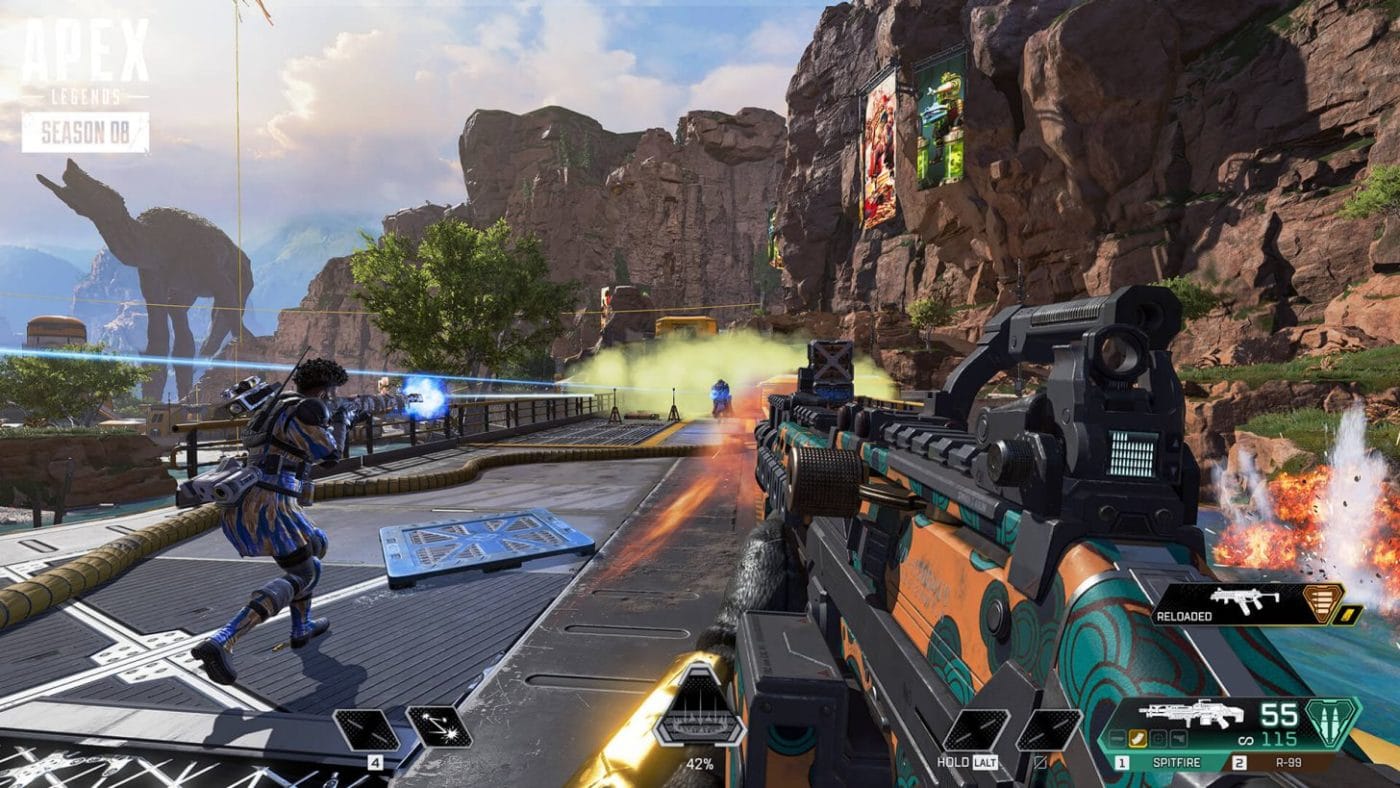 Season 8 introduces the Gold-tier magazines. Attaching it to a weapon automatically reloads your stowed weapons after a brief delay. The Gold magazine has the same capacity as Purple mags, and is available for Light, Heavy, Snipers, and Energy Weapons.

We know Wraith will always be a popular pick considering the amount of combat utility in her kit. After many tweaks to her abilities and animations, the fact remains that her win rate continues to be at the very top as it has since day one. With Season 7 hitbox adjustments to Pathfinder, we were able to control his power without nerfing his kit. We hope to do the same with Wraith.

Wraith now has a slightly larger hitbox than her fellow small legends, but the changes stay true to her model. As you can see in the before and after comparison, we’re adding some width mostly in the torso and leg areas: 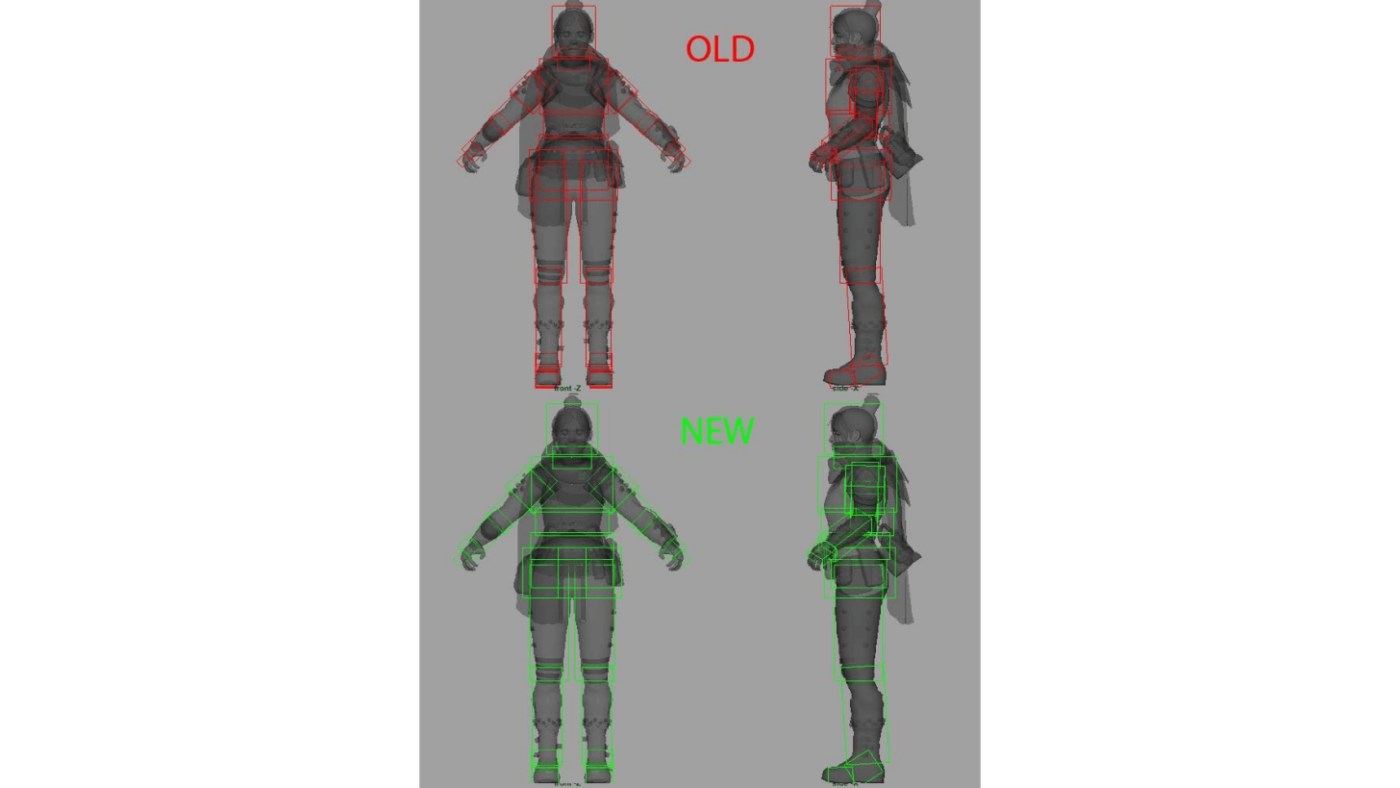 Even with these changes, Wraith remains small and hard to hit. She will retain Low Profile as we monitor her usage and win rates to see if power can be given back in other ways in the future.

Rampart has remained at the bottom across our performance metrics since her release. Her kit is very much built around proactively setting up a powerful position, but in a game as fast-moving as Apex, we determined her walls should have some reactive power as well. We’re keeping a careful eye on this one.

Horizon released strong, to the point where she rivals Wraith in win rate and pick rate. For the time being, we are monitoring her usage and checking whether or not the cooldown changes have a significant effect.

Launch Pad Remastered: Many players may have known about Octane’s “super-jump” that was possible with a well-timed jump while hitting the pad. Once the double-jump option was introduced, there was an input clash that led to unreliable usage. We decided to add some launch options that are better defined than the old super-jump.

This change was mistakenly mentioned in the Fight Night patch notes when it was in fact coming with this patch. Mirage decoys will now have footstep audio in a limited capacity. There won’t be a footstep tornado if an enemy Mirage ults nearby, but it should be slightly harder to pick out the real Mirage from audio cues alone.

Same as always, once the patch is out, we’ll be sure to let our readers know ASAP! Make sure to follow MP1st on Twitter and Facebook to know the moment it drops.