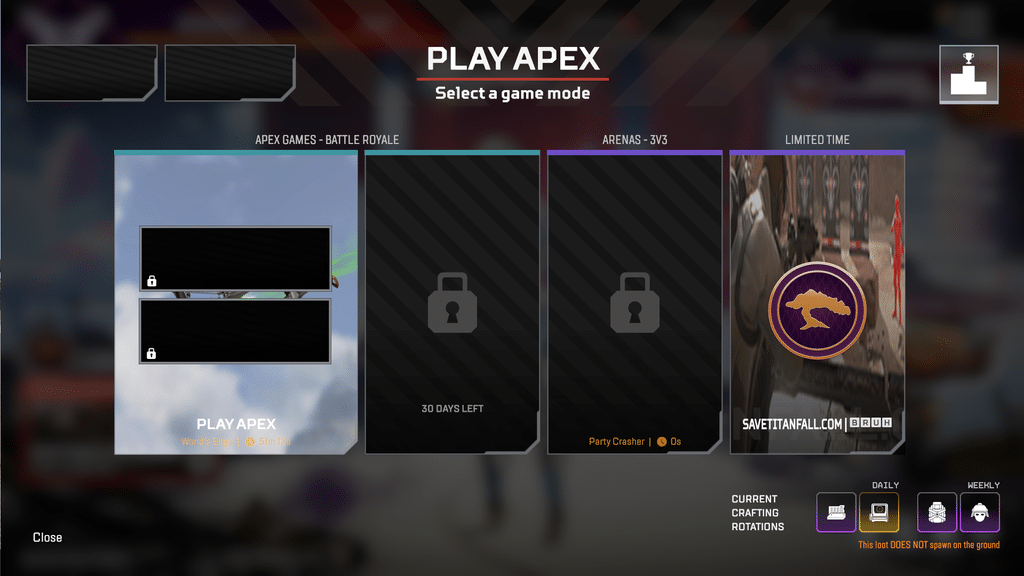 Earlier today, we reported that EA’s hugely successful Apex Legends has been hacked by individuals who are trying to “save” Titanfall in its current state. Needless to say, given the holidays, some just want to play. If you’re one of those, well, this Apex Legends Titanfall hack workaround should let you join games — at least until Respawn Entertainment figures it out (hopefully soon).

As one reader has pointed out, players can hit “ESC” then click on “Return to main menu,”then join the lobby again.

Another one is just simply switching servers in the menus.

Mind, both are not guaranteed, 100 percent fixes, but should work for the most part.

So uuuh, hey Devs? How are y’all just gonna let some chump hack your multi-billion dollar game? —- If you log in and see the "SaveTitanfall" prompts, just close the game and relaunch it. That sets everything back to normal. from apexlegends

Again, this is NOT 100 percent guaranteed to work, as some commenters on that very thread have mentioned that relaunching.resetting the game has not made the game playable for them.

However, there are those who confirmed that switching servers and restarting does work — though just not 100 percent when it comes to success rate.

If you manage to log in and play, share your method below. We’ll be keeping an eye on the situation and will update the post as more workarounds are found.