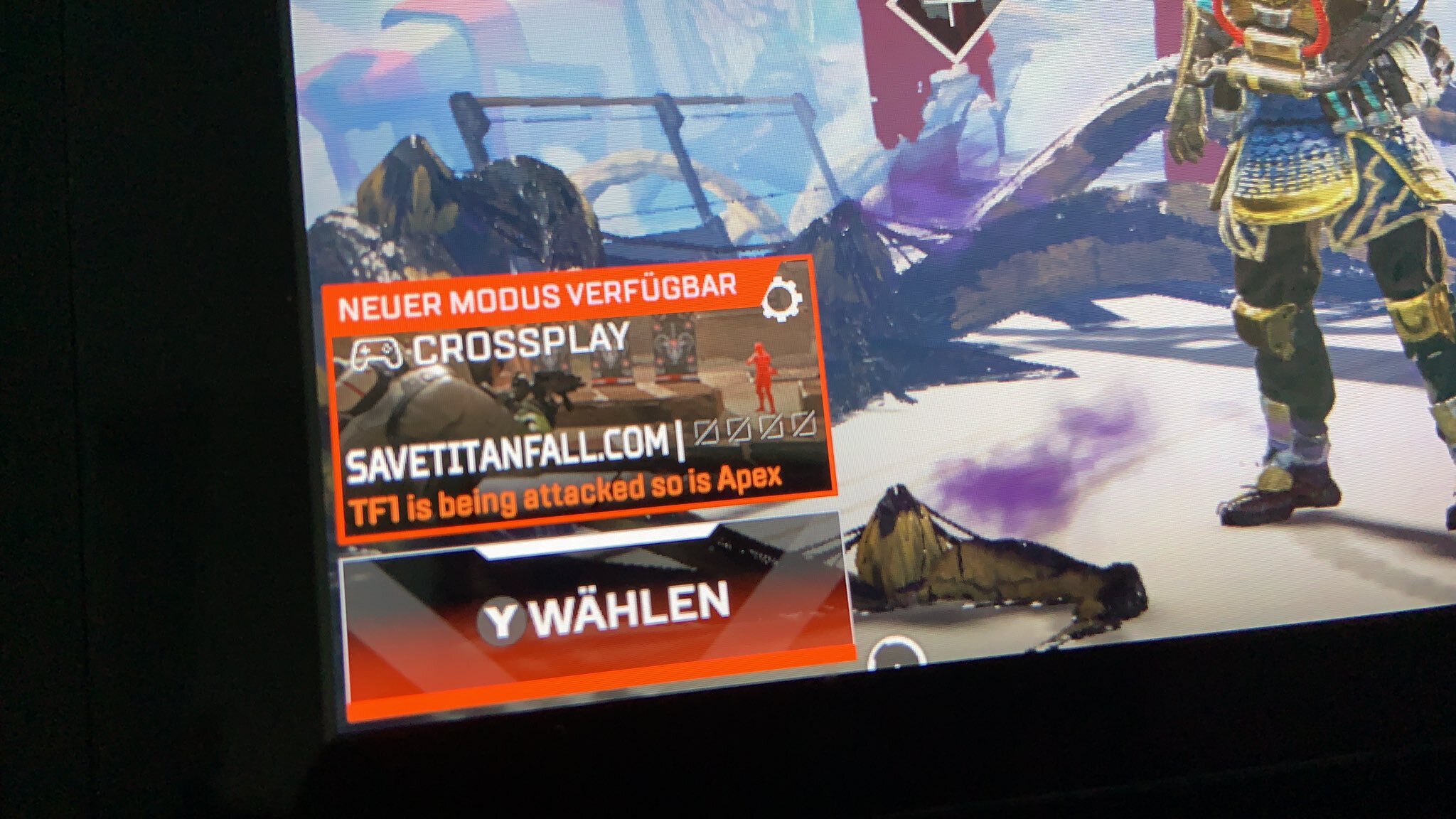 Following our report earlier this year that Titanfall 1 & 2 servers were hacked by a disgruntled Apex Legends streamer, it seems other people are joining in on bandwagon, though for Respawn’s other game, Apex Legends. Currently, PC players of the hit free-to-play battle royale game are experiencing issues connecting to the game, and even getting messages from individuals about a “Save Titanfall” campaign.

Here’s a look of it in action:

Multiple threads have also surfaced on Reddit stating that an in-game pop-up message is telling people to visit a website, with all game modes locked!

Is “Save Titanfall” a scam? from apexlegends

Here’s a look at what players are seeing now on the main playlist screen:

Pretty sure Respawn just got hacked?! from apexlegends 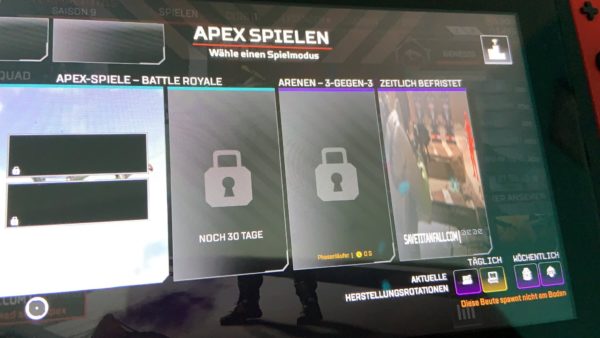 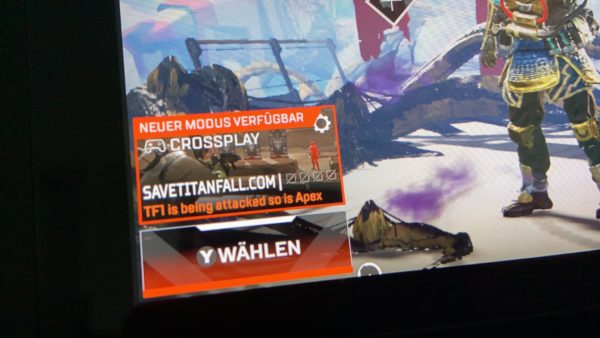 Players are being asked to go to savetitanfall(dot)com (we won’t directly link to it in case there’s some shifty stuff in it that we don’t know about), where the following message is relayed:

Titanfall is a beloved franchise by many, and hacker issues have been at rise. The Titanfall community has been begging Respawn to fix this issue for over three years, but to no avail. Today this game is still being sold, while being completely unplayable. It’s time we speak up.

What is this about?

Titanfall 1 is currently unplayable on PC due to hacker(s) using exploits that prevents players from being able to play the game. This issue has been happening for years and Respawn is willingly pretending that they do not know about the situation. To this day, Titanfall 1 is still on sale on the Origin, and more recently Steam, even though it is unplayable. Respawn, the developers, have been contacted about this matter numerous times in many ways. Even when the developers have been directly contacted, as soon as the topic of the Titanfall 1 problem is brought up, they stop replying. Electronic Arts, the parent company of Respawn and publisher for Titanfall 1 are aware of the situation, with countless reports to their client support and forums over the years.

Selling a game that does not work as advertised (not being able to play in this case) without fixing the different issues and ignoring their customers is an act of fraud. It leaves no doubt that Respawn is actively ignoring this subject. Respawn and Electronic Arts have the resources to fix these issues, yet they don’t, knowingly continuing to sell a game that does not work as advertised, and doesn’t work at all. Every year Respawn is celebrating each Titanfall 1 anniversary, thanking customers for their support. Nowhere on the Origin or Steam store listings does it say that the game is unplayable, and from the reviews you can see that many people met the same fate of buying an unplayable game.

EA and Respawn has not acknowledged the hack just yet, but once they do, we’ll update the post.

While this seems to be for a good cause, I can’t say I agree with the method. Sure, this brings attention to Titanfall 1’s poor state, but at the expense of innocent players who just want to play this holiday weekend.

Update: Respawn has acknowledged the hack!

We are aware of and actively investigating issues impacting @PlayApex playlists that are preventing players from getting into matches.

Update #2: Respawn has still not solved it (though we have a workaround), but have mentioned that they will provide hourly updates unitl it’s sorted out:

The team is still working on a fix and testing solutions. We’ll keep these hourly updates coming.

Update #3: Respawn has stated that a new server update has been pushed out to fix the matchmaking issues. Not this update rollout is estimated to take hours to reach every server, so please be patient.

We’ve published a server update targeted at solving the matchmaking issue and are cautiously optimistic as we wait for the update to reach all servers (this typically takes hours).

We’ll follow up in an hour with confirmation and/or information about our next steps.

Update 4: Respawn Entertainment has stated that matchmaking should be working now, though will keep an eye out for further issues.

We’ve confirmed that matchmaking has been restored. We’re keeping an eye on things but believe the issue to be resolved.

Thanks for your patience, Legends.

Supermassive Trademarks The Dark Pictures The Devil In Me, Logo Revealed