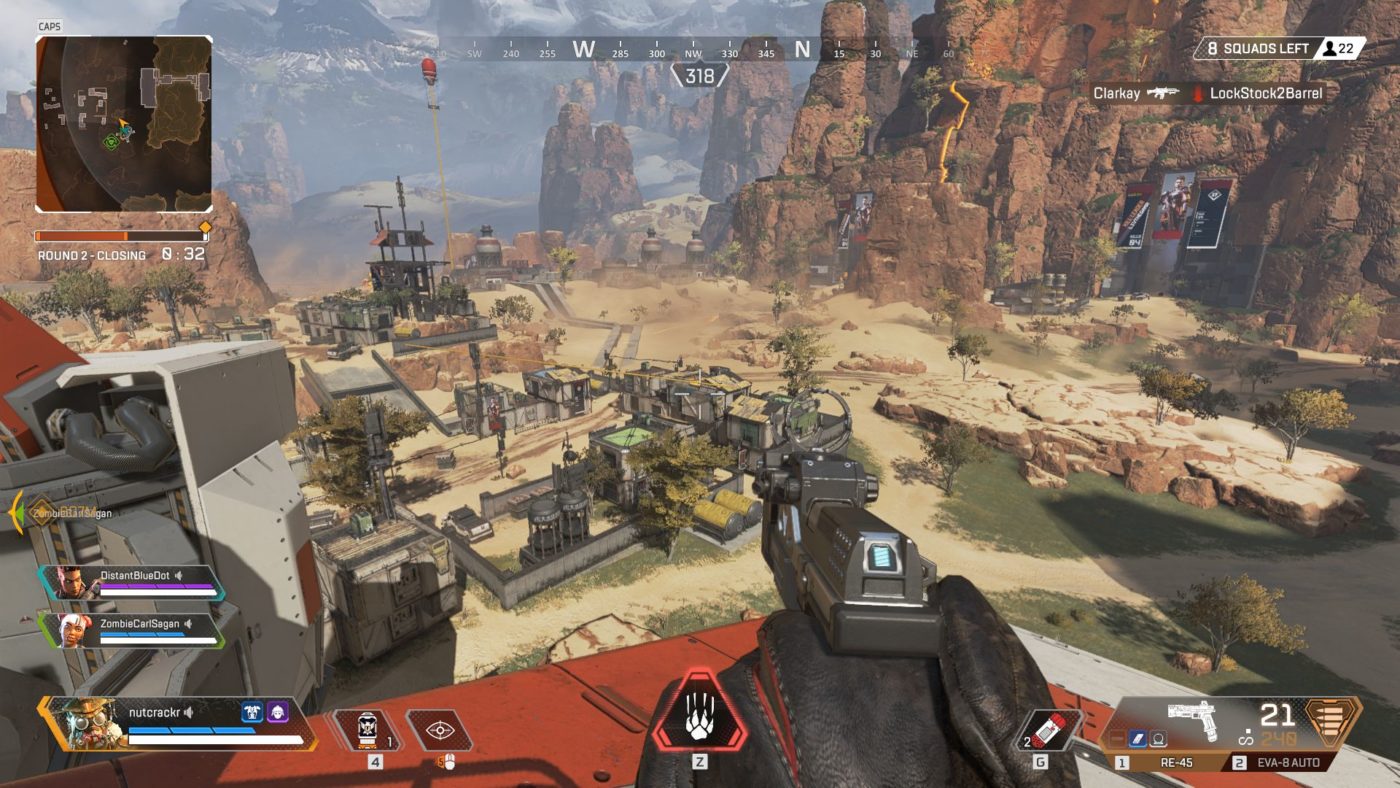 One of our biggest issues to tackle was improving the audio performance to address issues reported of sounds dropping out, sounds missing for extended time, or distortion for a period of time. We have made improvements both in our code and with our content that will hopefully fix these issues for many players, and for others, at least lower the amount and length of time they encounter audio issues.

We have also addressed some of the other mix issues with the game, including increasing the volume of close proximity enemy footsteps and lowering the overall volume of the game from the character select screen to the end of the drop sequence. We will continue to monitor mix issues and address them as necessary. Below are the notes of improvements we’ve included in today’s patch and we’re continuing to work on future improvements.

As we talked about last week, in this patch we’ve pushed some fixes that should eliminate many cases of incorrect hit registration. This patch also includes some behind-the-scenes tracking of bullet damage logic. We expect there will still be some remaining hit registration problems, but with these fixes and diagnostic information, we are better equipped to track them down.

One potential cause of hit registration bugs can be simple internet connection problems. In order to determine how much of a factor this is in reality, we have put some time into refining the functionality behind our network problem indicator icons in the upper right of the screen. These icons are now pickier about your connection quality and may show up more frequently than they did before. These icon changes will be useful for us in narrowing down the cause of any bugs that we continue to see. Please continue to share videos and report hit registration issues you still encounter after the patch.

FIX FOR LIFELINE “PICK ME UP” BANNER BUG ON PS4

We investigated the crash reports from many people who were crashing frequently and found that Intel CPUs sometimes were not executing the instructions properly in one particular function. A common example was an instruction that only reads a register crashed on writing to invalid memory. With the help of many forum users, we found that lowering the clock speed always fixed the crashes, even if the CPU wasn’t overclocked or overheating. Thanks everyone, with a big shout out to Falkentyne, TEZZ0FIN0, JorPorCorTTV and MrDakk!

This has been by far the most commonly reported PC crash over the last month or so and we’ve notified Intel about the issue. In the meantime, we’ve put a workaround in this patch to avoid the crashing at your original clock speeds just by changing the instructions used by that one function. Please continue to send your crash logs to our forums so we can analyze and fix any issues you encounter!

In other Apex Legends news, EA has confirmed that a mobile version is in development, so we should hear more about that soon.

Battlefield 5 Next Update Set for This Week, Will Include Visibility Update and More