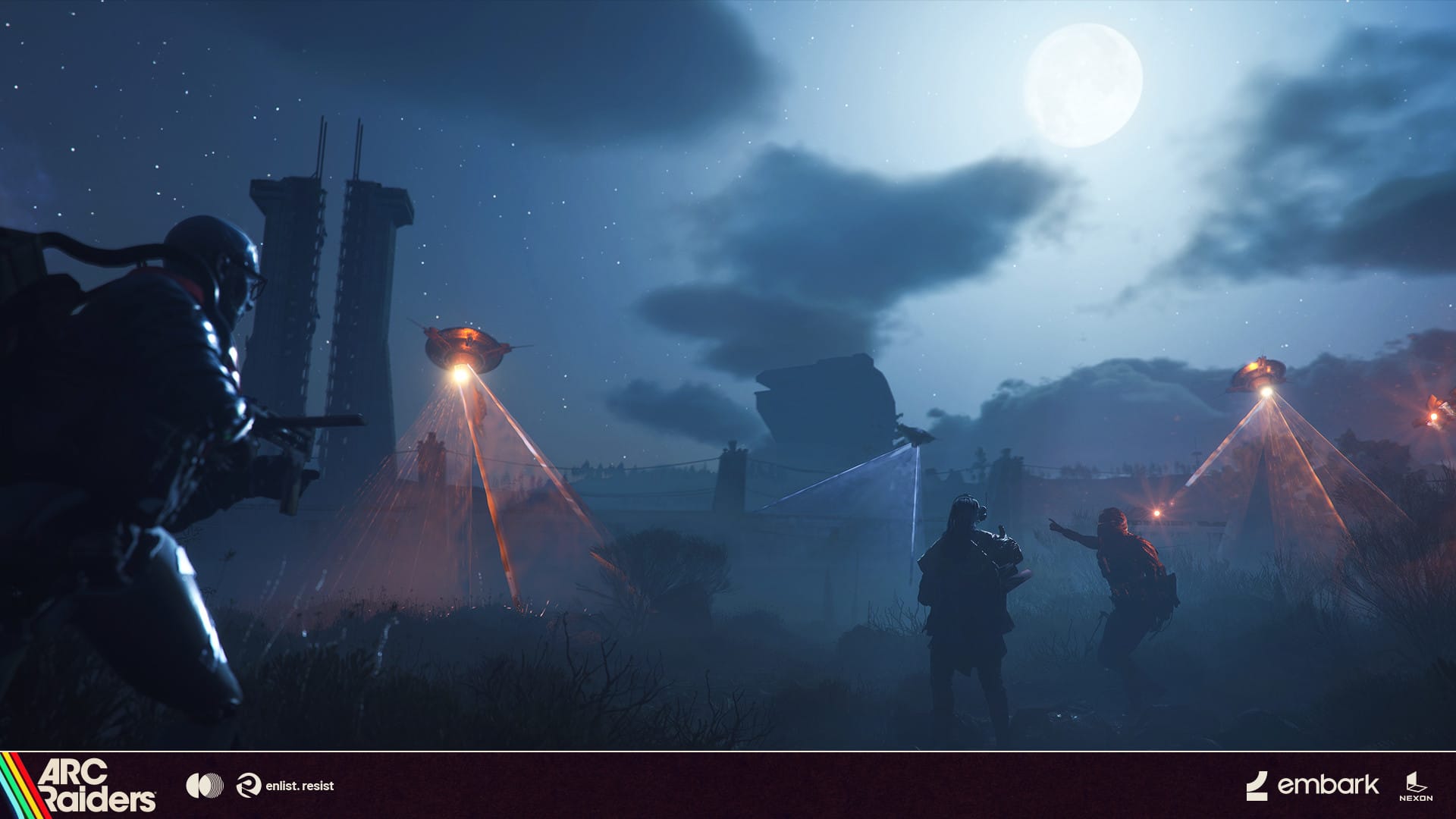 Embark, the studio from ex-DICE develepors, have unveiled their brand-new project called Arc Raiders, and it looks stunning! Check out the gameplay reveal for Arc Raiders below.

ARC Raiders will be free to play and is planned for a 2022 release on the Epic Games Store, Steam, Nvidia GeForce NOW’s game streaming service, PlayStation 5, and Xbox Series X|S. Eager players can wishlist the game today on Epic and Steam.

Here’s a description of the game via its official Steam page:

Enlist.
ARC Raiders is a cooperative third-person shooter where you and your squad of Raiders unite to resist the onslaught of ARC – a ruthless, mechanized threat descending from space.

You play as one of the Raiders, a rogue group of resistance fighters. With the help of a patchwork early warning system, you fight to protect our home against enemies dropping from orbit. ARC is faceless and unfeeling, but no one could accuse ARC of being unresponsive. In fact, ARC responds to resistance with ever-increasing destruction.

Resist
As a Raider, you know that defeating ARC requires more than simply pointing and shooting a gun, and more than one person trying to be a hero. When ARC is around, lone wolves never make it very far.

As underdogs, we need to believe in something bigger than our own strength, in something unapologetically human. That’s why we come together. United amid the unlikelihood of success, what seemed implausible may just become the best course of action. So, by all means, come prepared and plan ahead, but sometimes you just have to wing it.

Jump right into the fray in a free-to-play world.
Scavenge the ruins of the past. Wield tools and gadgets to outsmart the enemy. Use on-the-fly tactics, your surroundings, and physics to your advantage. If you and your squad play well together, one day the stars may again become beacons of hope, instead of omens of oblivion.

Reimagine cooperation – ARC pursues you relentlessly, but together you can overcome these faceless foes. Fight, flee, and fine-tune, shoulder to shoulder with your squad.