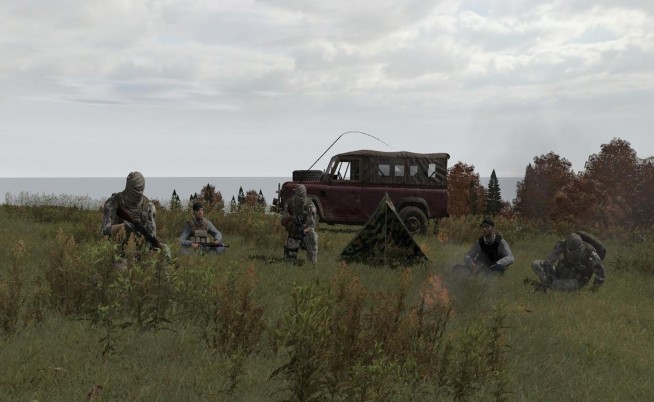 So popular, in fact, that Arma 2, a realisic military shooter released back in 2009, has seen a 500% increase in sales ever since the introduction of DayZ, according to thesixthaxis. But, what is DayZ?

DayZ is an Arma 2 mod that places you (and other friends, if so desired) in Chernarus, a 225km2 open zombie-infested post-soviet state “hit by a new and presently unknown infection which has wiped out most of the world’s population.” Here, your goal is to gather the necessary weapons and supplies in order to defend yourself from these zombies and survive. It’s a simple idea of zombie-survival mixed with Arma 2’s unforgiving amount of realism that could breathe some much appreciated life (or death? un-death?) into the franchise. Visit the official website to learn more and to download the alpha test.

Bohemia Interactive has always tried to help community mod makers in many different ways and Day Z mod is no different. We’re more than happy to assist DayZ in any suitable way and considering the mod’s popularity we are committed to do some related work in the next Arma 2 update (1.61)

He also added that he “personally [finds] the combination of realistic Arma style gameplay and settings with survival zombie apocalypse so addictive that [he believes] it can stand as a gaming experience on its own.” Could this mean the developers of DayZ will get a chance to really prove their worth and become part of the Arma team? Seeing the effect that game modes like Nazi Zombies (which also began as a mod) had on franchises like Call of Duty, it wouldn’t be surprising.

Have you had a chance to try out DayZ?