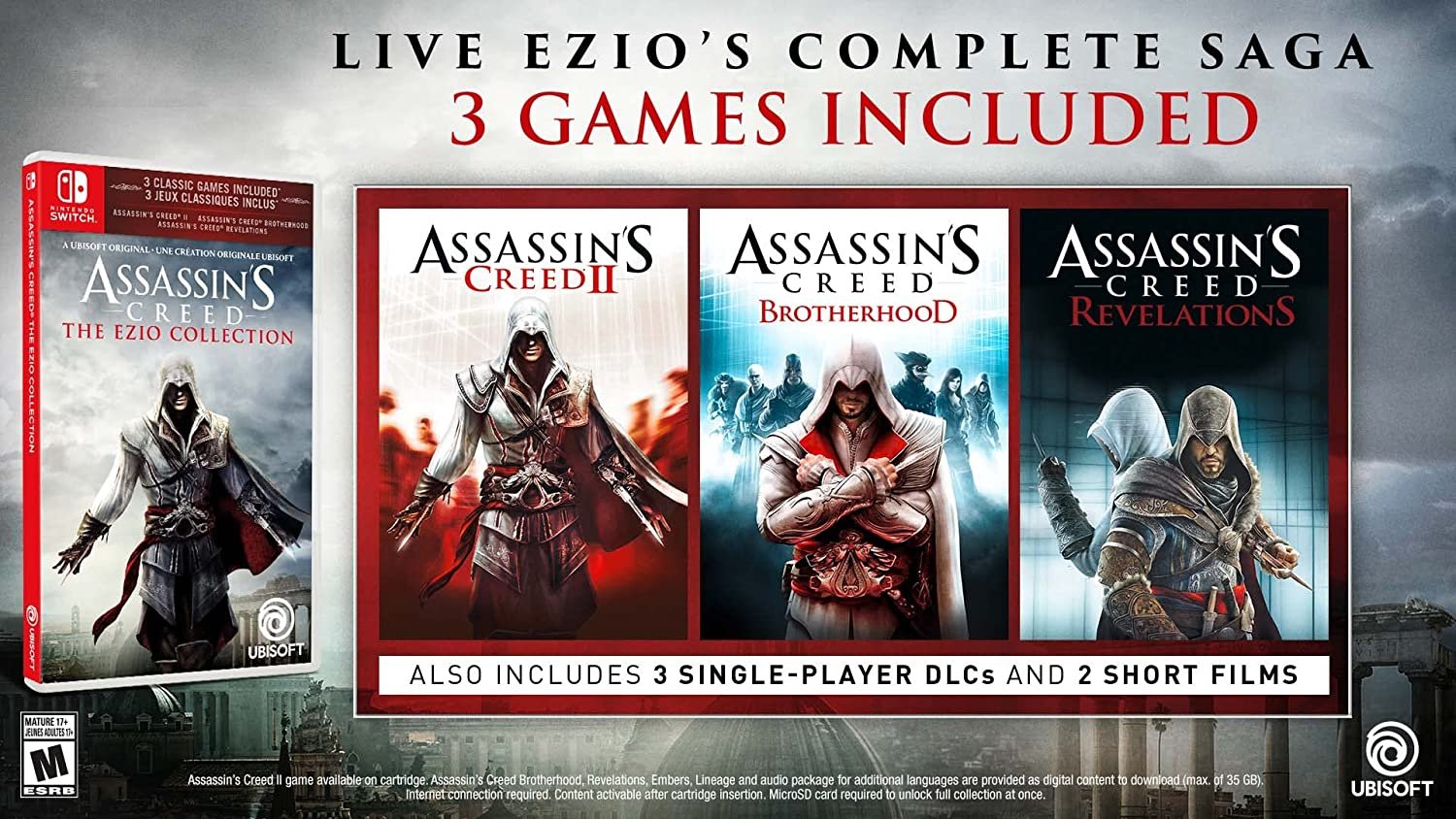 Ubisoft will finally release one of its most critically-acclaimed trilogies on the Nintendo Switch, with Assassin’s Creed: The Ezio Collection securing a February 17 release date for the platform. Originally released for the PS4 and Xbox One back in November 2016, this enhanced compilation of the games chronicling the life and journey of Ezio Auditore da Firenze will finally be available on a console you can play at home and on the go!

If you’re new to the franchise, here’s the overview of what The Ezio Collection contains via press release.