Added the new free game mode to the game.

Plunge into the depths of Niflheim and face overwhelming odds in this exciting, rogue-lite inspired, free game-mode for Assassin’s Creed® Valhalla. Accessible for all players once they have reached Asgard in the main game. This new mode provides a formidable challenge for players with a unique quest to defy fate.

After you’ve visited Asgard for the first time, a new building can be constructed in Ravensthorpe that will provide access to the Forgotten Saga mode. There are no power level requirements to access this content, and the equipment and perks you have unlocked throughout England do not transfer over.

The Sigrblot Festival has returned to the game. 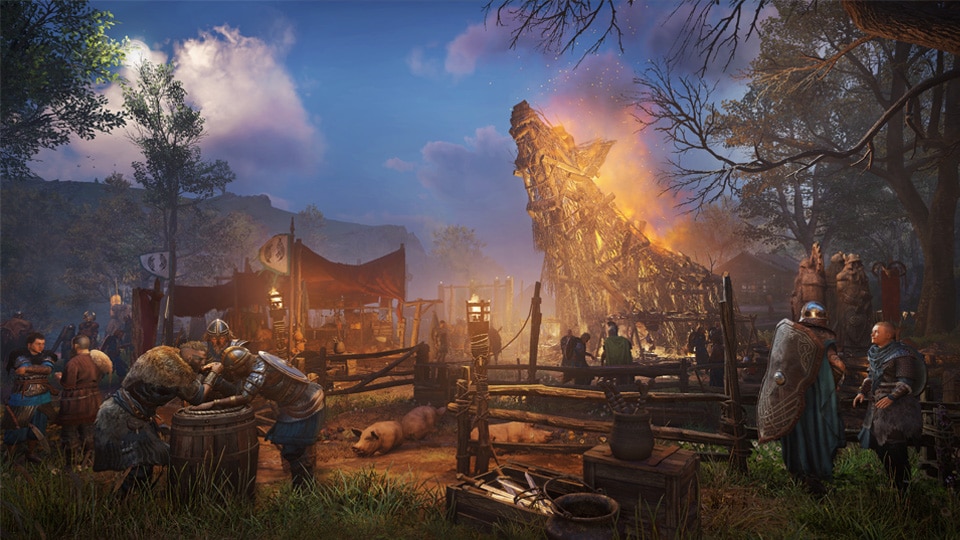 Sigrblot returns to Ravensthorpe for a limited time. From August 4-25 participate in the festival and exchange opals for exclusive festival rewards. To access the Sigrblot festival players much reach England and complete one of the first two narrative arcs (Grantebridgescire OR Ledecestrescire) and be at least at Settlement Level 2.