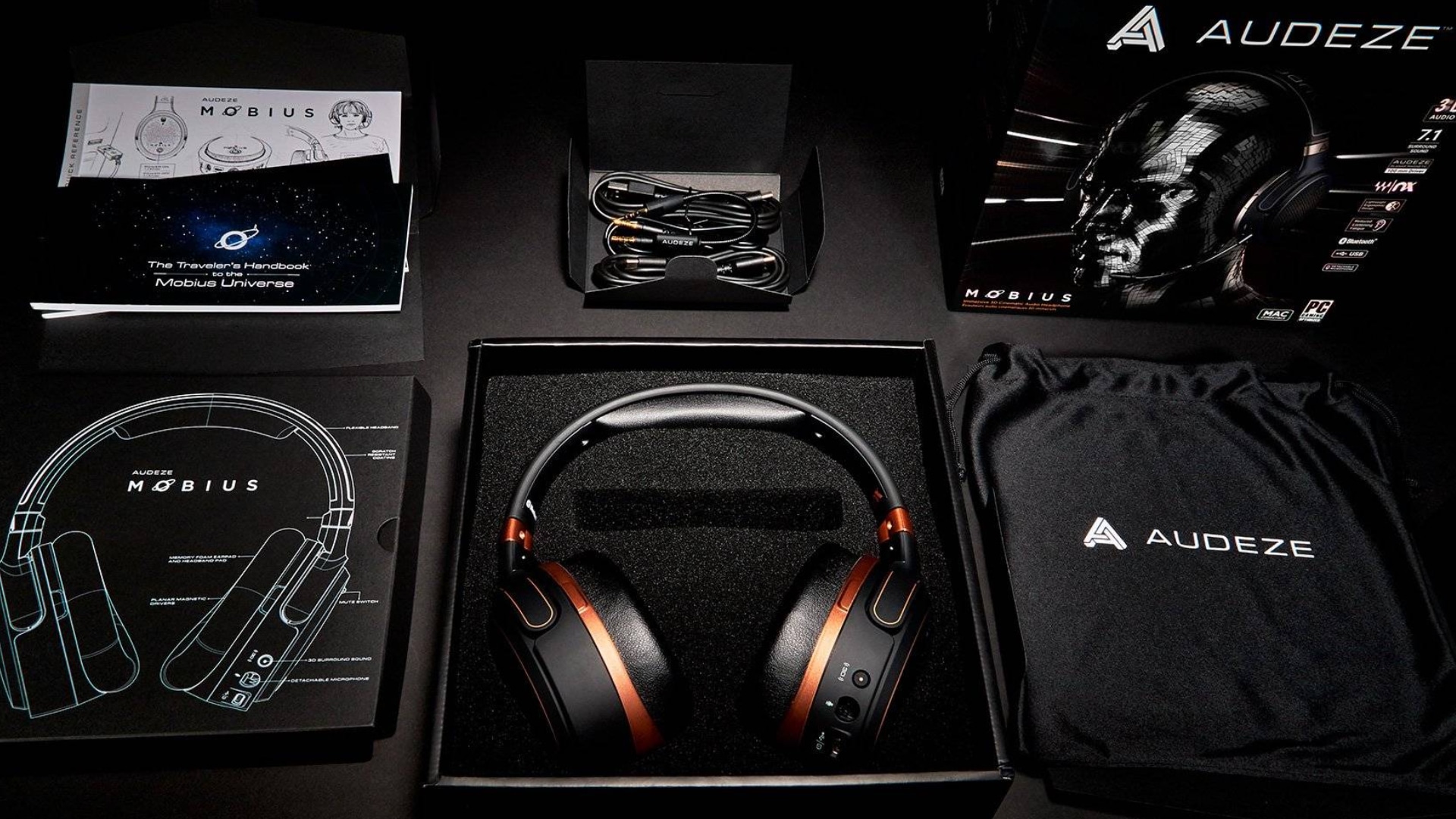 Over two years ago Audeze stepped into the gaming ring to give gamers their first audio headset built specifically for them in mind. Fully immersive 3D audio, combines with innovating head tracking capabilities, and equipped with audio drivers like no other gaming headset before it. It was a premium headset designed for the best premium experience. Now, that was two years ago and with many other readily available headsets released since then, we have decided to take a look back at the Audeze Mobius so see just how well it still holds up. To say the least, it’s still the ultimate premium choice.

Looking at the Audeze Mobius headphones, you’re probably thinking to yourselves that it doesn’t scream gaming headset. In fact, one could say it’s more comparable to high-end audio brands such as Bose or JBL, as it’s design is simple, yet sleek and elegant. Nothing overly tacky that attracts the eyes for all the wrong reasons. 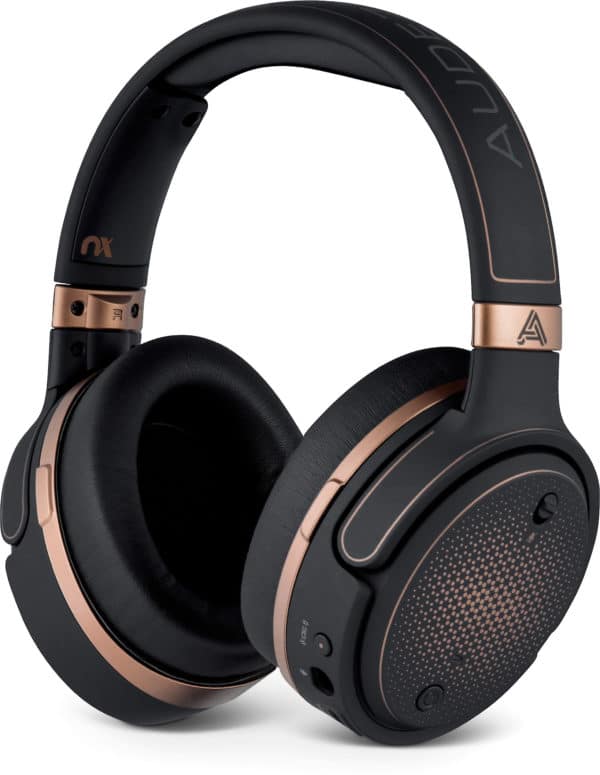 Covered in black matte plastic, with bits of metallic around the banding, the Audeze Mobius has a strong, and sturdy build, one that certainly doesn’t feel cheap despite using plastic. Holding it in our hands, there was a sense of premium as it had a nice weight, one that wasn’t too much, nor too little.

Further, the Mobius is extremely flexible, more so than any other gaming headset I’ve used. This was a bit surprising as I had originally thought based on the material that it would be rather stiff, but the banding bends with ease, with the earcups having 180 degree rotation so it could be laid flat.

One thing, Audeze has a promotional image of the Mobius, one where it shows it being twisted into an almost DNA strand like shape. If you have ever owned a headset, the thought of bending one like this is a bit horrifying, but I just had to test it out myself and it really does bend like that! Truly an image worth telling you just how flexible it is.

More impressively is that it still manages to retain its original shape after bending back.

As for the cushioning, the Audeze Mobius opts to use high quality memory foam wrapped in faux leather that is found on both ear cups and the underside of the band. What I really loved about the cushioning in the Mobius is how much of a snug fit it provides. No excessive pressure felt from either the banding, or earcups, making the comfort level utterly fantastic.

Sound blockage is also great, as it should be as there is nothing worse in a gaming headset than having to hear outside sound over your audio.

Moving to some additional functions, there are a few things built into the Mobius Headset. For volume, we have two controllable wheels, one for chat and the other for general audio. From there we have our 3.5mm cable jack, a USB-C charger port, and microphone port, 3D audio button, with the mute/unmute button being located on the top side of the left earcup.

These may not seem like a lot, but all considering a lot of gaming headsets tend to stick features like 3D audio to the software side of things, it being pre baked into the Mobius is a pretty huge thing. And as I’ve said in many of my other headset reviews, being able to detach your microphone and not having any cables permanently attached makes storing all the easier, plus the general look of it even more better. 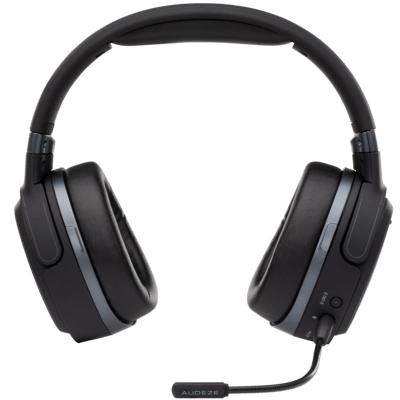 As mentioned, there is a 3.5mm jack so you can hook up easily to a console controller or any device that has a 3.5mm option. On the PC side of things, you’ll want to use the USB connection (which is very short) as this will enable the full 7.1 surround sound experience.

For wireless connectivity, there’s Bluetooth. By today’s standard this is a bit outdated since most headsets are opting for either a 2.4GHz or 5GHz connectivity via dongle, but this does open it up more to other devices such as a mobile phone or handheld console. For me, I paired the Mobius to my iPhone, which was an easy process.

The stand out reason why the Mobius cost a whopping $400 is because instead of using dynamic drivers like almost every other gaming headset, it instead uses some high-end planar magnetic drivers. And no, you aren’t the only one who was scratching their head and wondering what the heck that all meant.

To put it in simpler terms, planar magnetic drivers typically offer far more range in their quality and fidelity. It’s most commonly used amongst professionals in the music industry due to how they’re able to reproduce sound more cleaner, and accurately, thus having a heftier price tag associated with them.

That’s good and all, but what exactly does this mean for us, the non-professionals who just love gaming? Well, total, complete gaming immersion.

Wanting to spruce up on some Battlefield ahead of 2042 release, I decided to jump into Battlefield 4 with Mobius. Combining it with the highest visual settings, I’ll tell you it was an immersion like no other. Crackling of bullets being slung across the map, the continuous track from a tank driving through, the slicing of air from a jet, it all just sounded so good. Just from an out of the box experience, these just might be the best all-rounder headset I have ever used. 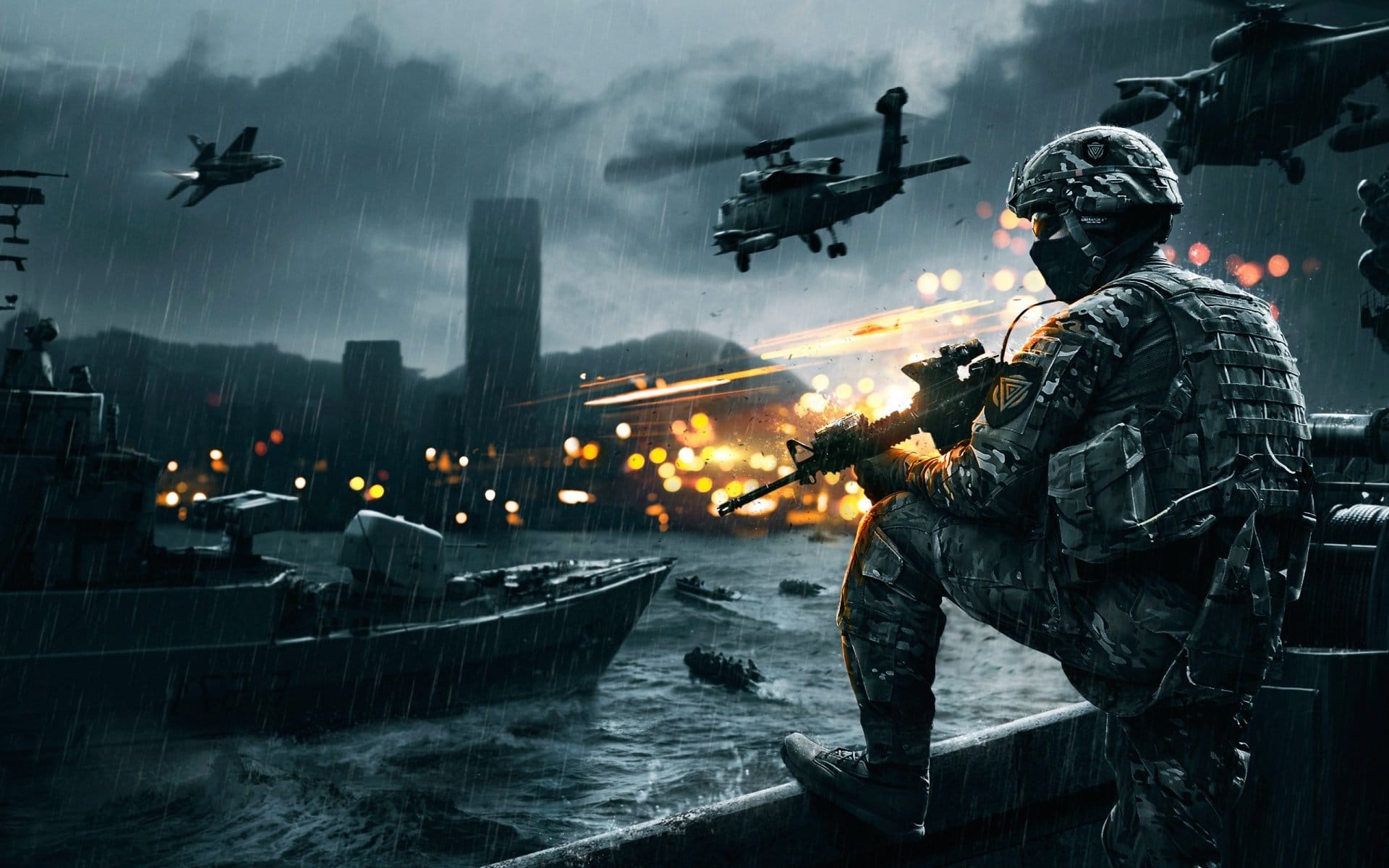 Moving onto some console gaming, I continued on through my playthrough of Nier Replicant. Anyone who has played this, or any other Nier title knows immediately just how amazing the soundtrack is. Heck, it alone almost makes the game worth playing. Hearing the vocals come in superbly clean, along with the range of new instrumental sounds that could be heard was such a huge difference between other sets I’ve used.

However, the biggest highlight was without question the 3D sound.

By now, many of you know what 3D audio is and most likely have had a set that supports it. And If you don’t, you should, because it’s an absolute game changer, so much so that even Sony is pushing it with the PS5 as one of it’s biggest console features.

And that really isn’t a surprise, because like graphics, so too has sound evolved in video games. Why output all the sound as if it’s coming from the same direction, when in reality it doesn’t work like that? That’s why it’s such a huge game changer, because you’re able to pinpoint exactly where a source of sound is coming from. 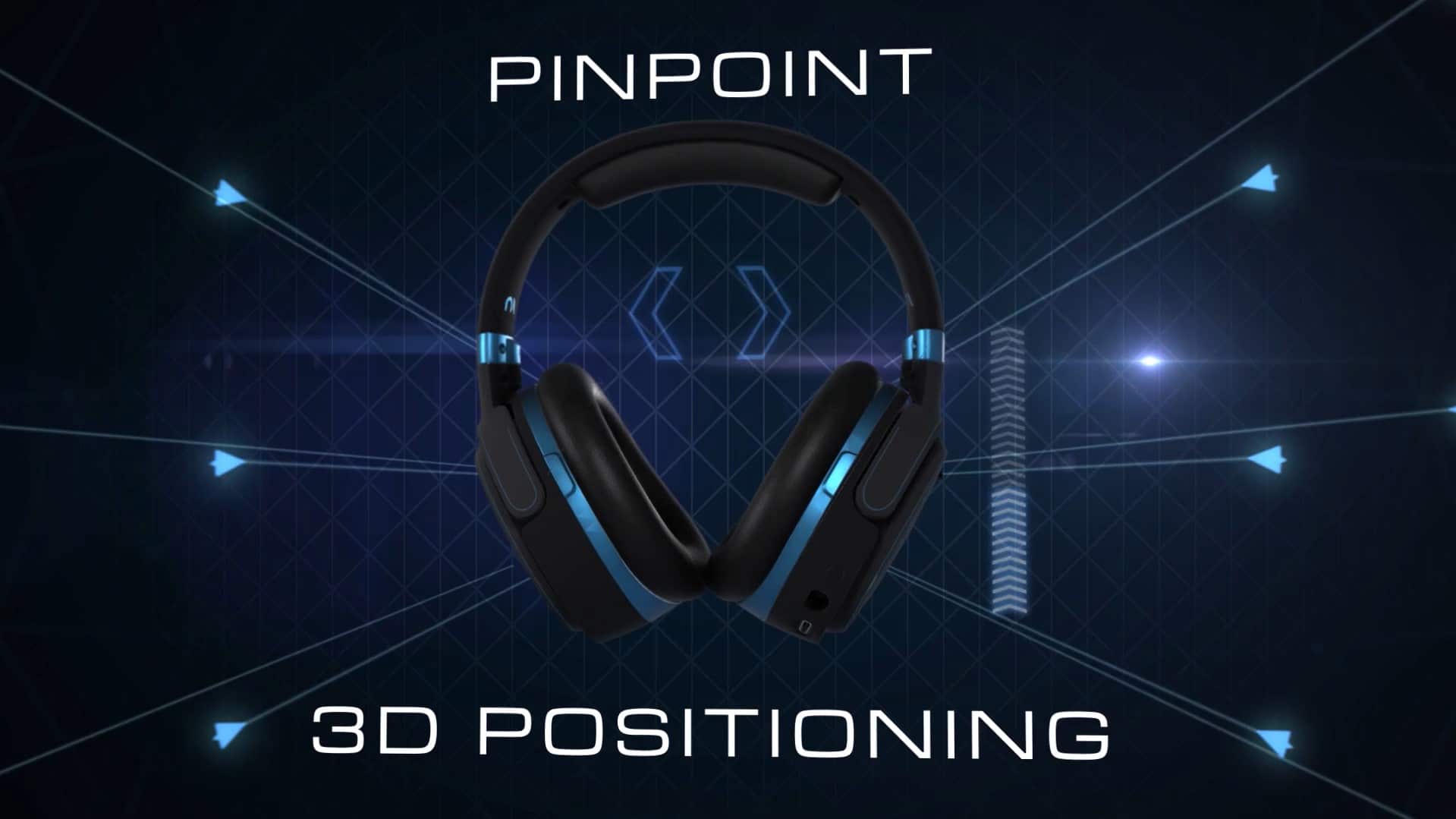 You may ask why that is such a big thing, but take a moment and listen to your current surroundings. You probably hear something coming into one ear more than the other, and if that’s the case, go ahead and turn your head so that it’s coming into the other ear. This is what Audeze Mobius has achieved with its incredible 3D audio,

It sounds amazing, and if there’s ever more of a way to get immersed in a game, then this is it. I’ll add that VR headset owners will truly benefit from that audio head-tracking for obvious reasons.

Now admittedly, this probably isn’t the ideal way to play a video game on a standard tv/monitor, but thankfully Audeze thought of this by offering an additional 3D mode without the head tracking, which sounds just as amazing.

Again, that’s all pre-baked into the headphone itself, with there being the Audeze HQ software which further unlocks more capabilities, such as full 7.1 channel support. However, one very interesting feature is the head gestures, which is currently under beta. Here you are presented with the head of a blue avatar that moves 1:1 with the headphone position.

If someone wanted to, they could use this in-game as you can bind keys to whatever direction, and tilt the headphones to perform it. That’s actually a pretty big deal, especially for sim fans as you can easily map camera controls so you can look around a cockpit. It’s like giving you VR functionality without needing a VR set. It’s mind blowing.

As for the microphone, I think this is really the only shortcoming of the Audeze Mobius. I mean it’s not terrible, far from that, but upon testing it we did notice it picked up quite a bit of background noise. This was abundantly clear during my weekly multiplayer sessions with friends where they kept asking me why I had so much noise coming in. There was also a drop off point where it sounded like my voice would randomly cut out. When it did work, it was definitely crystal clear, but I don’t particularly think it’s something to write home about when there are other sets that offer better microphones. Being detachable though does give it hope that maybe an improved standalone could come down the road.

Outside of the microphone, the Audeze Mobius is easily one of the best all-rounder headsets that I have ever used. It comes with a hefty price tag of $400, but that price is easily made up once you realize how well it’s built, and the vastly superior sounds it produces.

It really does give you the ultimate premium experience, and for those wanting to up their immersion level, this is the choice you won’t feel regretful about making. 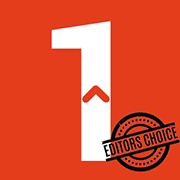