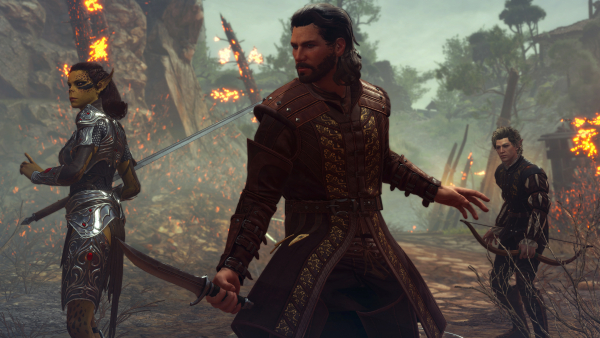 At launch, players will be able to create humans, githyanki, elves, drow, half-elf, dwarves, halflings, and tieflings, including subraces of each race.

The most common face to see in Faerûn, humans are known for their tenacity, creativity and endless capacity for growth. They live fully in the present — making them well-suited to the adventuring life — but also plan for the future, striving to leave a lasting legacy.

Githyanki are peerless warriors from the Astral Plane, known for their legendary silver blades and red dragon mounts. They seek the total destruction of mind flayers, whose ancient empire enslaved the githyanki for millennia.

The Sword Coast attracts adventurers from across all of Faerûn. The nearly 600 NPCs you can meet in Act 1 are drawn from across the Forgotten Realms. Character creation includes hundreds of options to ensure that each character is unique, and the world reacts to you in ways that help ensure you and your choices are unique, too.

In the early access build, players will have six classes to choose from: Cleric, Fighter, Ranger, Rogue, Warlock and Wizard. What’s more, these classes will have “at least” two subclasses available as well.

Larian Studios adds that there’s over 25 hours of content in the early access version and it’s designed for multiple playthroughs for players that want to play solo, or in multiplayer (up to four players).

Baldur’s Gate 3 early access will be out on October 6 on PC, and here’s a look at how romance works in the game.