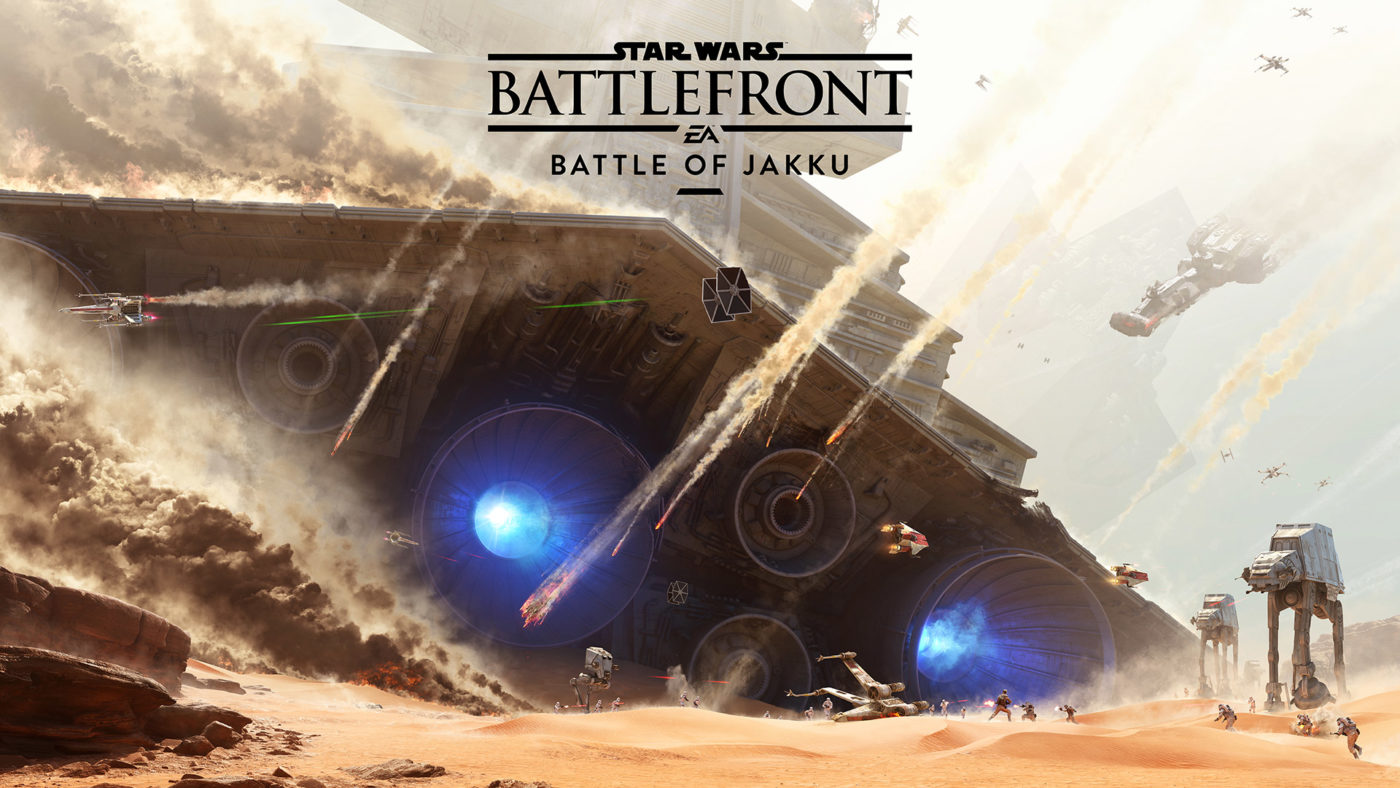 New concept art of the Battle of Jakku describes the events that unfold in Star Wars Battlefront‘s first multiplayer expansion, arriving only a few weeks after launch.

EA and DICE dropped two pieces of art today, both portraying intense infantry battles taking place in the shadow of a massive Star Destroyer that crash landed onto the planet. 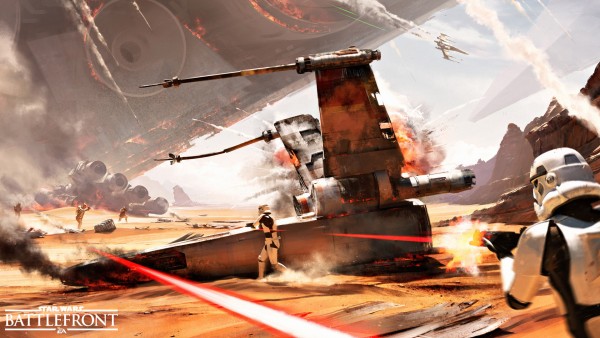 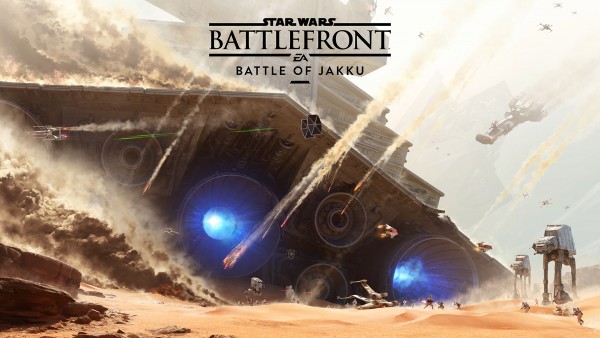 In the artwork, DICE says that “a Star Destroyer has crash landed, and from the belly of this battle-scared metal giant, a myriad of Imperial ground troops have evacuated and engaged with Rebel troops, also strangers to this desert planet.”

DICE Concept Artist Anton Grandert added that there is “a David and Goliath theme to this. The epic, huge super structures of the Star Destroyers contrast against the tiny but brave Rebel soldiers fighting the Imperial forces.”

“We wanted to portray a battle completely surrounding you, in every direction,” he explained. “Debris is falling from the sky, telling the story of battles above. On the surface of the planet you can see ground troops as well as X-wings, all taking part of the fight.”

The Battle of Jakku will tie into the upcoming movie, Star Wars: The Force Awakens, and will provide players with two new locations based on the title planet. It will be free to everyone, launching on December 1 for those who’ve pre-ordered Star Wars Battlefront and December 8 for those who have not.