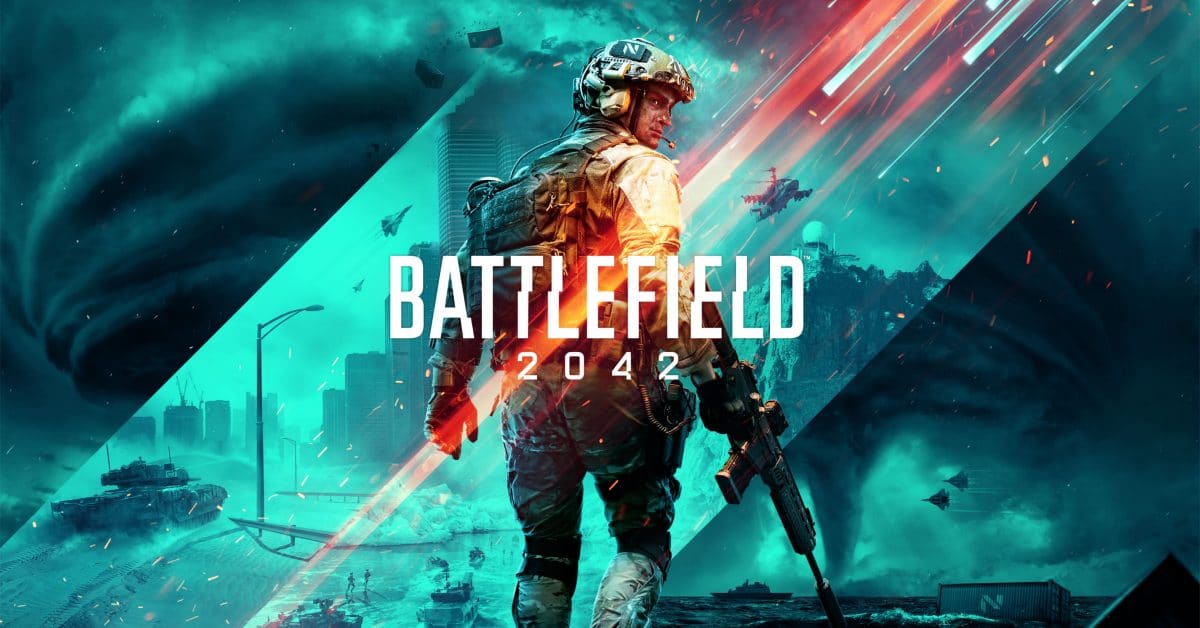 DICE has finally talked about the studio’s learnings based on the Battlefield 2042 beta feedback from players, and there’s a lot to take in. DICE talks about identifying an enemy among the sea of other Specialists, loadouts, and lots more. Check out the complete breakdown per section below.

Battlefield 2042 Beta Feedback by DICE – What We Learned From the Beta:

Over the past few weeks since the Beta, we’ve shared some limited insight into some of the changes that are coming in time for launch, relative to the experience you had playing Conquest, on Orbital:

But there’s much more beyond that, and we want to give you insight on the opportunities an Open Beta presents us when we invite the world to come and play an early look at our game.

Our User Interface in the Open Beta wasn’t fully representative of the final experience. It was missing some essential components, some of which we disabled to remove debilitating (and now resolved) bugs, and some of which we chose to continue to focus work on for launch from when we branched in August.

Big Map as we refer to it internally, was disabled. Some of you spotted it in the Key Bindings, and many of you simply expected it based on past behaviours in Battlefield games. We have it in our builds today, and you can see it in action below. 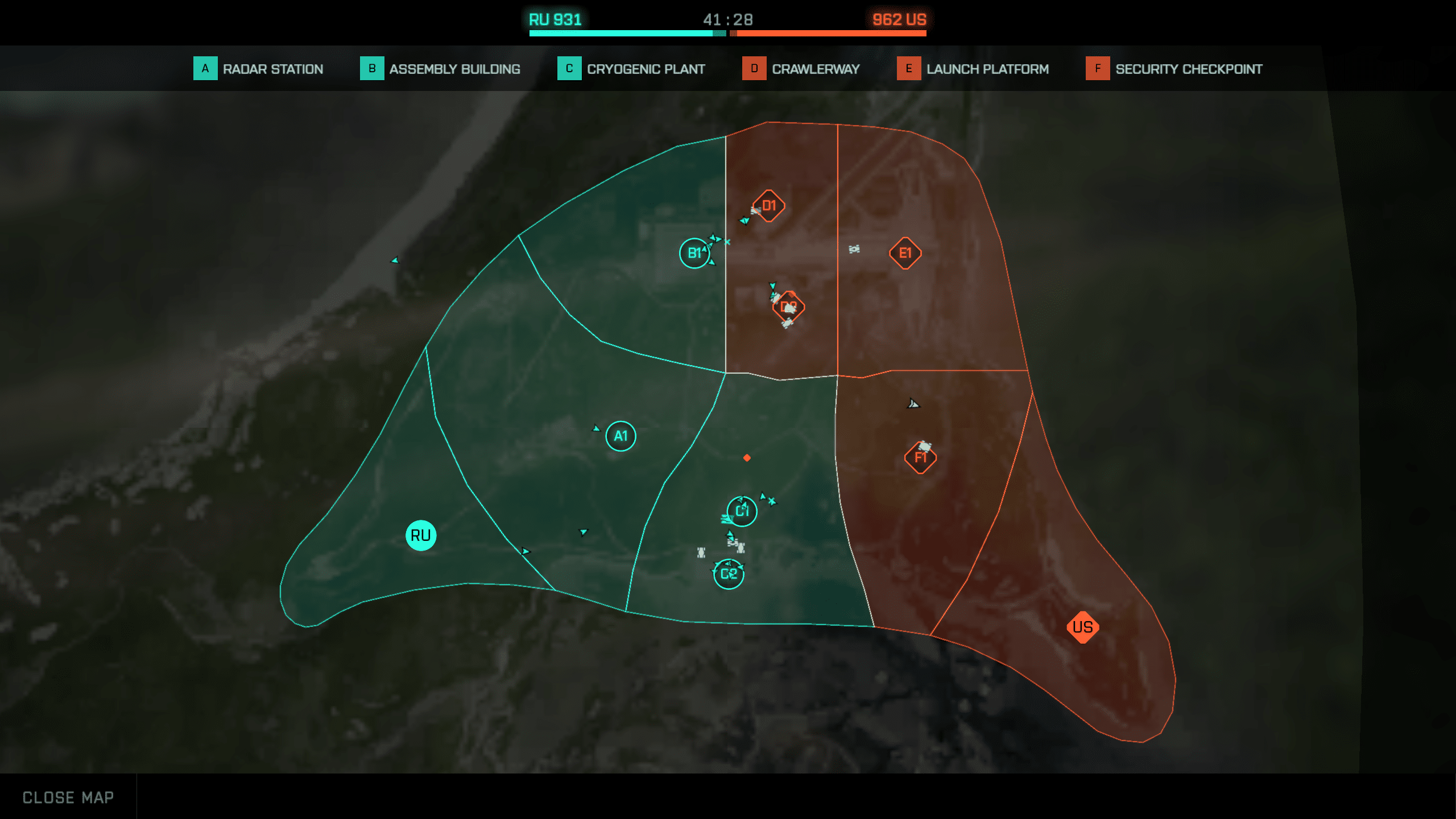 You’ll be able to pull this up at any time during live gameplay, by pressing the View/Touchpad button on Console, or M on PC. It provides an immediate overview of where the battles are taking place, where your squad mates are fighting, and the live breakdown of how the flags are flying inside of each sector. We’ll keep you updated on when to expect this in the game, there’s a chance it makes it into the start of the Early Access start for 2042, and there’s an equal chance that we hold it back to make sure its inclusion isn’t disruptive to the performance of the game.

The commorose was absent from the beta, but it’s in the final game. DICE has given everyone a look at how it works in the video below.

Outside of the commorose, the studio has made changes to how the compass works, as well as improvements to the ping system.

We want to ensure that you’re best equipped with the right tools to communicate with your Squad. As a further example with this, we’ve modified the default behaviour of the Compass that appeared whilst aiming down the sights. At launch, you’ll see that this is now always on, so that you have the ability to easily communicate with your squad on nearby dangers and opportunities.

We know that Battlefield plays best when you’re coordinated. In addition to our Ping System, the ability to quick tap an input to give contextual indicators, we have some great tools to hand over to you at launch. Ping wasn’t working as well as we would have liked during the Open Beta, but at launch, you can expect it function more responsively when you’re pinging locations, assets, and enemy soldiers.

DIXE has moved the score events from the right side to the center beneath the crosshair, as it should be. Check it out in action:

DICE has also mentioned, “there were multiple scoring events related to Transport Assists, Spawn Support, Resupply, and Heal support that were absent in the Open Beta build. They’re in our full game, we’ll always reward strong teamplay in Battlefield.”

Over on the left side of the screen, the kill log is now more readable, with highlighted colors denoting friend or foe killed. There is also more appropriately sized messaging on the status of sectors and flag capture events. These changes help to prevent UI elements from diverting your attention away from the crosshairs, and the battlefield in front of you.

We’ve also performed significant performance passes on our colorblind settings to help support those with color deficiencies that were struggling to have the colors used across our UI properly distinguish themselves, and we’ll continue to take feedback on the application we have around this, and all of our final suite of accessibility options through live service.

A special note to close out this section on UI – let’s talk about the Critical Alert messaging which appears at key moments at the top of the screen. We hear you, it’s too big. We’ve reduced it in size, lowered the frequency of the alerts, and will continue to take feedback on it from you all once you get hands on with the full game.

DICE has mentioned how players will have fewer gadgets to work with in the first 4-6 hours of the full game, which will make it feel more like a traditional Battlefield game.

For the first 4-6 hours in the full game, expect to be working with a reduced array of gadgets for your open gadget slot, with your journey through the ranks slowly introducing new ones for your loadouts. That traditional experience of a Battlefield game, where classes fulfill traditional roles is an experience that you graduate out of through the first ten levels. Your Specialists will have the options to choose from a Medical Crate, Ammo Crate, the Recoilless M5 Launcher, and our Repair tool as starting gadgets, and enable the experience of playing in ways that allow players to feel the benefit of playing in more supportive roles.

As you progress beyond those levels, you’ll gain access to more specialised hardware, and Specialists, that help to solve scenarios you can encounter, and we expect you to be regularly interacting with your loadouts on the deploy screen to react to the ever changing nature of Conquest and Breakthrough gameplay.

Loadouts are fully customizable. In the Open Beta, we set you up with four loadouts, that mirror that traditional class structure of Assault, Medic, Support, and Recon. They’ll be there at launch too, for all players as default, but there’s actually a much bigger suite of tools available to you to help speed up the act of switching to different setups, and let you get right back into the action.

From the Collections screen of the main menu, you’ll be able to define what your loadout is, and to provide your loadout with custom names that can allow you to quickly switch between your best setups.

Here’s an updated look at the Plus attachment system:

There are multiple slots per attachment type that you can assign different items into, drawn from an extensive pool of weapon specific attachments that unlock as you play more with the weapons. Anything assigned into slot 1, those closest to the centre, is your effective spawned setup. When you deploy with the weapon in hand, you’ll always be set up with your preferred attachments. This can be accessed from the Collections Screen on the main menu, and from within the deploy screen during gameplay.

DICE has confirmed that in the Hazard Zone mode, players will be locked to one Specialist type per squad, though the normal game modes like Conquest won’t have this restriction.

In Hazard Zone, we’re keeping things tight and deliberate on squad comp. Specialist selection will be unique, and we’re not running with duplicates inside the squad. In All-Out Warfare, we’re not using the same restrictions; we’ve been learning since Battlefield 1942 that our game just isn’t fun when you can’t play to your strengths, and there’s been lots of iteration done in this area in all of our games across the franchise’s history. In Battlefield 2042, you’ll enjoy the freedom of moving between the Specialists and loadouts that you need to support the Squad, and there are parts of the experience that we have in our builds today that help to reinforce that.

First, there’s our Insertion flow. Your squad mates will be shown your Player Cards, where you’ve got the chance to personalize, and flair it to show off your playstyles. There’s then additional time in pre-round, which was disabled during the Open Beta, to chat and make further changes to your squad comp so that you hit the ground running straight out of the gates.

Expect the best team players to be featured at the end of every match!

Better still, we’re celebrating our strongest team players at the end of the round in our full End of Round (EOR) flow. Again, this one didn’t make the cut for Open Beta, but expect that when the round wraps up, we’ll be paying tribute to the best squad players, and recognizing the contributions folks made to capturing objectives, reviving fallen teammates, and keeping ammo stocked up.

To help you achieve this acknowledgement, there are UI elements that help you to know who’s in need of healing, repairs, and resupplies coming to the game for our worldwide launch on November 19. There’s also been changes made to Health Regeneration, slowing down the time it takes for the healing effect to start, and helping to increase the need to work with your Medics. To help support those changes, you’ll find that Maria Falck’s Syrette Pistol has received enhancements and tweaks to improve the feedback you receive when you’re successfully healing an ally, and making it easier to land a syringe on a friendly target by having the Syringes magnetise to friendly targets. We’ve also worked to make revives faster, across the board.

ENEMIES VS. FRIENDLIES ON THE BATTLEFIELD:

We use the term IFF to describe the approaches we take to ensure that you can always, and easily identify between friend and foe. IFF is being improved. In our current builds, we’ve adjusted the behaviour of the systems we use to improve the experience.

Total controller mapping will be available at launch, which should give players total control on which button does what. 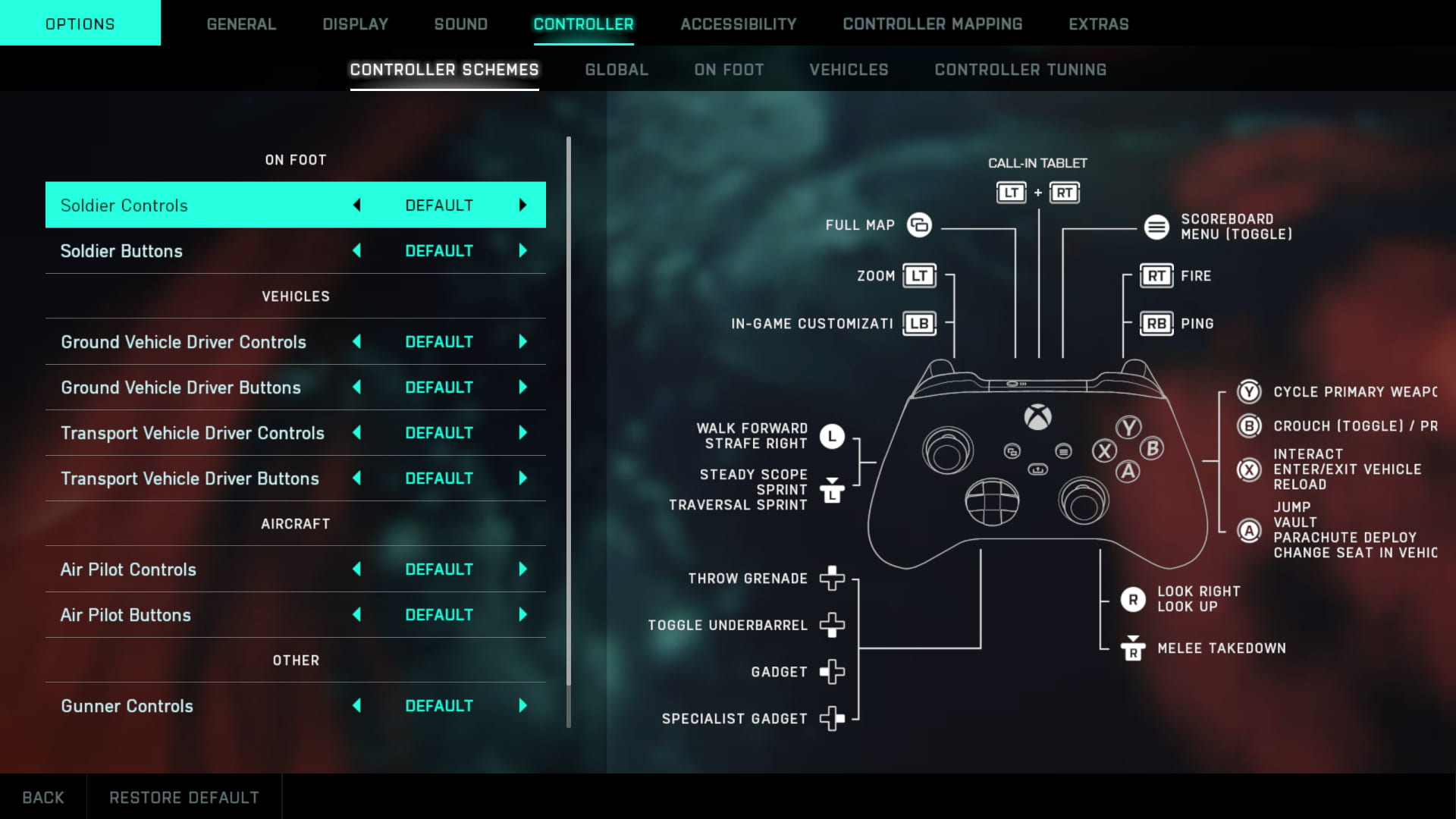 We’ve also heard your feedback on Aim Assist strength on controllers. You helped to show us that it was too low, so we’ve worked to improve this experience, making it more familiar to players who played with us in past titles.

Another improvement coming to consoles is the ability for you to engage with Text Chat for the first time. Now that we’re Cross Platform, we know how important it is to sustain accessible options for communication, and we’ve got you covered here.

As we discussed recently in our Commitments to Healthy Play in Battlefield 2042, we’ll be arming you with all the tools you need to help keep this function useful, and usable on the battlefield, including the option to hide the feature outright if you’d rather not see it, or make use of it. We know that many of you prefer to use.

For many of you, we know that you’ll prefer to use VOIP to keep the lines of communication open during gameplay, and a heads up that this is presently set to come in after launch.

Cross Platform invites for squadding up will otherwise be in at launch. This was again absent from the Open Beta, and something we know helps to make sure you’re playing with your best squad, and PTFO’ing right to the last ticket.

Among Us Collector’s Editions Details and Release Dates Revealed