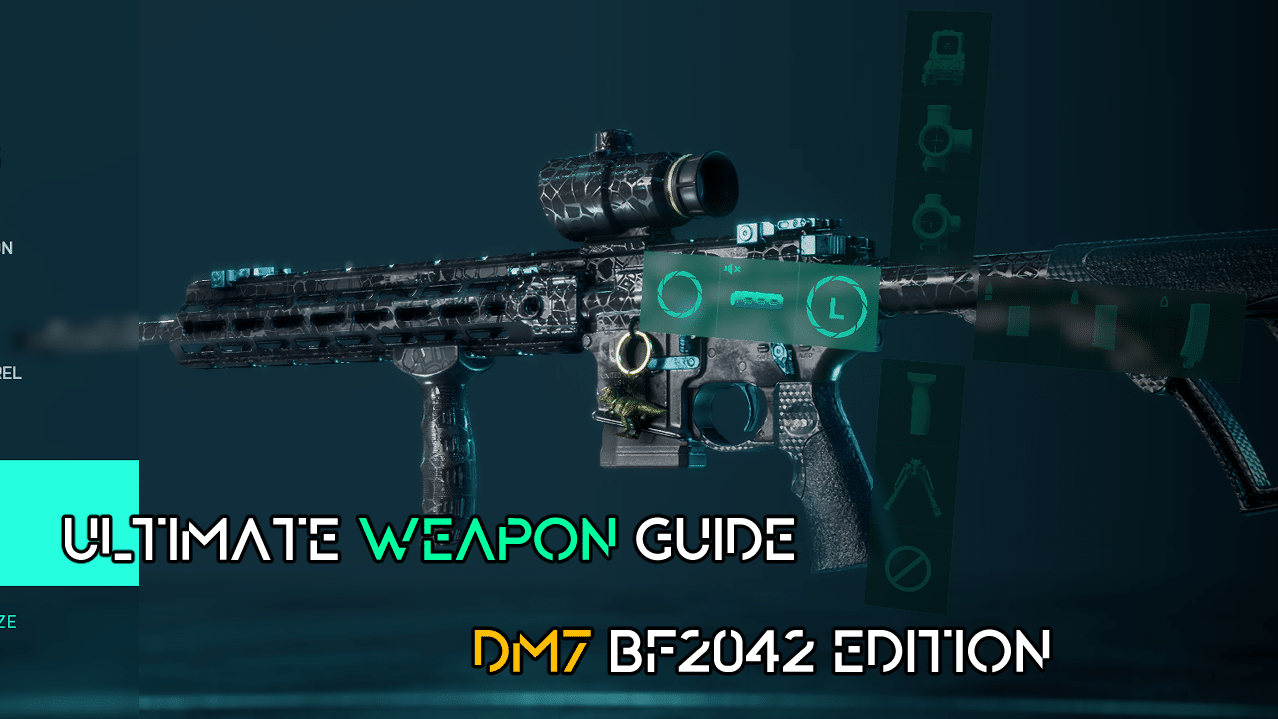 Enjoying Battlefield 2042 so far? If so, we have quite a few guides up that may help you enjoy it all the more. In this latest one, we take a look at the DM7, one of the DMRs (designated marksman rifles) in Battlefield 2042, and how it stacks against other weapons in the same class.

Big thanks to Sorang for her comprehensive testing for this guide.

Compared to the damage profile for other DMRs, DM7 isn’t impressive at all.

Its headshot efficiency isn’t that good either.

The range on DM7 is longer than that on an AR or an LMG, of course. But I feel like it’s still too short, considering it’s meant to be used for a mid to long range combat.

On the contrast, the range on SVK is extremly long that I couldn’t even measure it on the portal map I was testing on.

TTK on this gun is so high that you basically have to pray that your opponent in a shoot-off will miss shots even when you’re being perfectly accurate, or you’re going to lose every time.

However, as you are all aware, a majority of weapons in the game currently have an awful spread radius. This might make DM7 a bit more viable.

The recoil on DM7 is okay, but horizontally might be a problem beyond a certain distance.

One thing to keep in mind is that a DMR gets extremely inaccurate when firing while moving. Make sure you’re standing still when firing this gun.

Some might think that the grenade launcher is a weird recommendation.

However, compared to SVK, the strength DM7 is its bigger magazine. That allows a player to play more aggressively and is more versatile. This gun isn’t so much about staying back. To take advantage of the gun’s strengths you need to be on the frontlines with your teammates. I was thinking, “How can I maximize that playstyle for this gun?” The grenade launcher is a good choice for that. Especially the smoke grenade launcher.

The laser sight has helped me personally in some situation. If you don’t need it, you can just leave the factory mount slot empty.


Again, big thanks to Sorang for this guide. Check her out on Twitter here.

PSN Down Reports Surfacing This November 19, Affects PS Plus & More