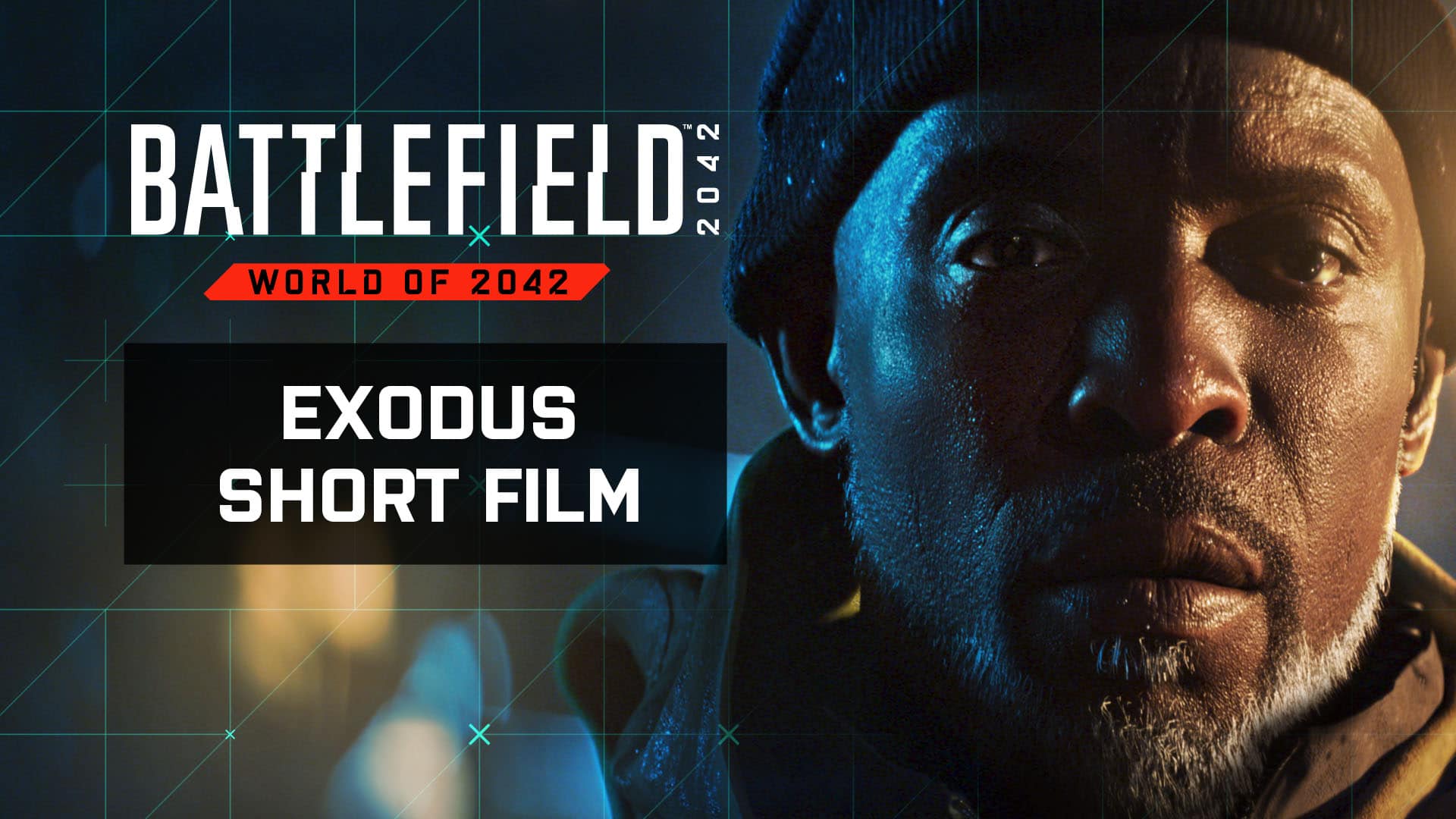 Watch the trailer now, and check out the Battlefield 2042 pre-order bonuses and more details straight from the press release!

Electronic Arts and DICE have released “Exodus,” a short film providing a closer look at what started the No-Pat Civil War in Battlefield™ 2042 as well as introducing its rich cast of playable No-Pat characters known as Specialists. Most notably, “Exodus” reintroduces an old friend for fans of the series with Battlefield 4’s Kimble “Irish” Graves, played by Michael K. Williams, returning to 2042 as a playable No-Pat Specialist. Exodus also introduces the mysterious “Oz,” who clashes with Irish over the future of the No-Pats and sows the seeds of conflict. The narrative will continue to evolve over time as more Specialists join the conflict, each with their own story to tell, and pull players deeper into the world and lore of Battlefield 2042.

With a deeply engaging multiplayer offering across three distinct experiences, the Battlefield 2042 narrative will be told in an all-new way for the franchise, offering players a compelling world seen through the eyes of the Specialists and their experiences on the battlefield. This immersive and modern approach to storytelling is one that players have come to expect from their favorite games and these Specialist stories aim to give players a way to immerse themselves in the universe of Battlefield 2042 whether they’ve got the controller in hand or not. Whether the player cares deeply about narrative or if they need just enough context to enjoy the multiplayer experience, the world building is here to enable that immersion.

Alongside the short film, we are introduced to Irhs, the fifth Specialist revealed! 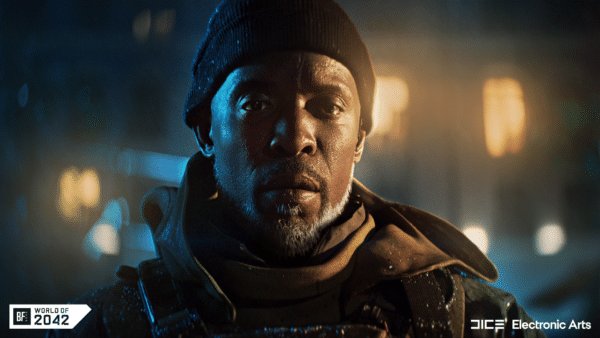 Irish is the fifth Specialist to be revealed for Battlefield 2042, with five more set to be announced in the coming weeks, totalling 10 Specialists at launch. Each Specialist comes with a specific gadget and trait that can only be used by that character, further defining their respective playstyles. Players can also freely choose what weapon, grenade or secondary gadget to equip each Specialist with, providing more freedom to create a unique loadout for each Specialist that fits every playstyle

Finally, EA has also revealed the Battlefield 2042 pre-order bonus too! 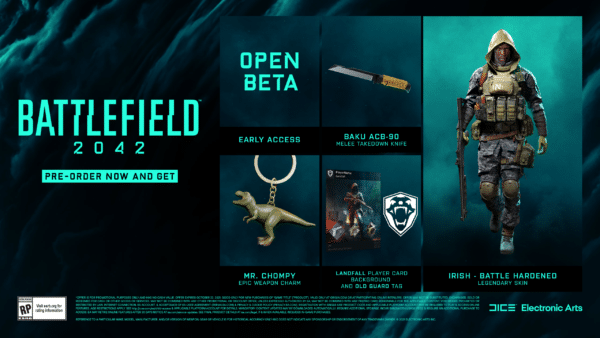 Players will get the following for pre-ordering: