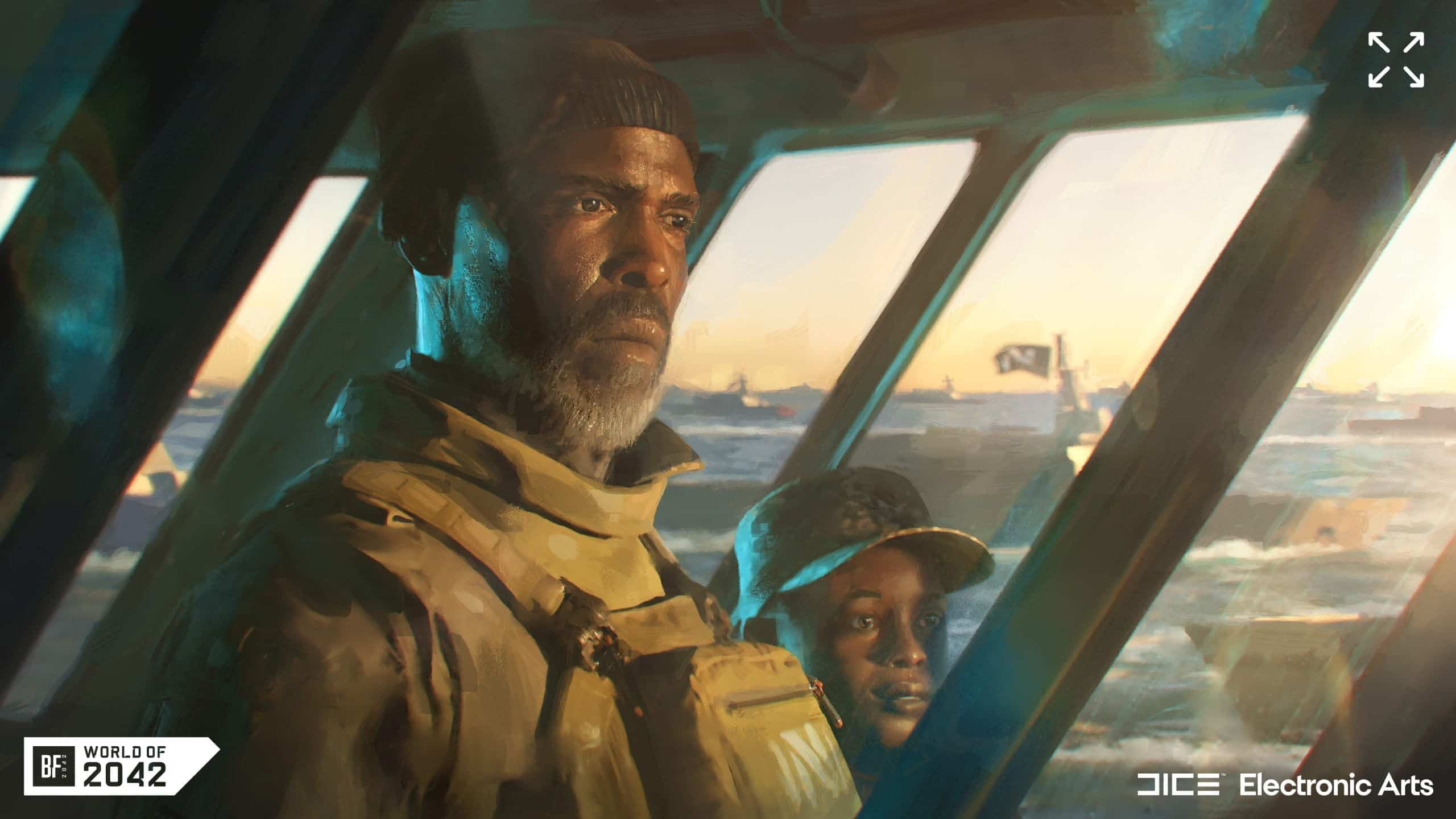 With yesterday’s Battlefield 2042 standalone short film Exodus, not only did DICE feature a campaign-like story for multiplayer, but we also got to see Battlefield 4’s Irish come back as a Specialist! If you’re curious what he can do on the battlefield, DICE has revealed the Battlefield 2042 Irish Specialist Abilities and character profile.

Battlefield™ 4’s Kimble “Irish” Graves returns in 2042 as one of the prominent leaders of the multi-factioned No-Pats and as a playable Specialist. Michael K. Williams, the original actor for Irish in Battlefield 4, has also returned to help bring the character to life once more.

In Battlefield 2042, Irish finds himself at a crossroads with the mysterious Oz, another leader amongst the No-Pats. Irish wishes to tend to his people and keep them out of wars fought by the superpowers of the world. Oz stokes the flames of war, believing that the old world must burn for the new one to be born.

Irish, as the leader of one of the groups of No-Pats, gives commands and expects them to be followed without question. He’s a man who’s been hardened by great loss who chooses to pay his respect to the fallen by using his skills to provide for those who cannot provide for themselves. 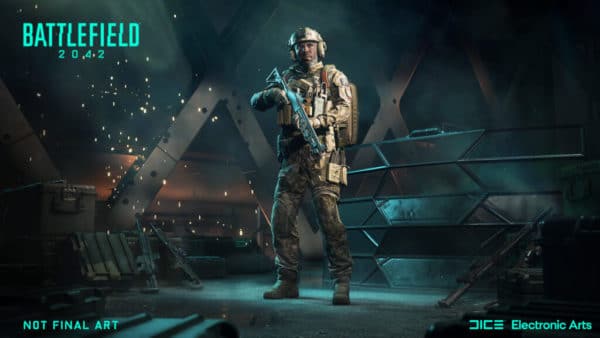 As an Engineer, Irish is a great asset to any team. His specialty is the Fortification System, which allows him to place two separate items into the world – the DCS Deployable Cover and APS-36 Shootdown Sentinel.

You can place the cover on nearly any flat surface, creating a small protective barrier that allows your allies to see out through its bulletproof glass. This barrier can protect you and allies from incoming fire until its health pool is depleted.  As Irish, you can place multiple covers on a map.

Need to revive someone? Protect yourself against a sniper attack in the open? Hold the capture point for just a few more precious seconds? Using multiple covers, you can create your own small outposts to help you buy time. Obtaining some medical and ammo crates and teaming up with Boris and his SG-36 Sentry Gun will allow you to build your own castle-like fort.

The APS-36 is a rocket’s worst nightmare. Once placed into the world on nearly any flat surface, it eliminates incoming explosive projectiles within proximity (grenades, rockets, etc), turning a once deadly weapon into a puff of smoke.

Placing the APS-36 next to a vehicle will give it automatic protection from incoming missiles while placing it behind cover can force the enemy to reposition in their attack. But beware: an EMP or savvy hack attack can put the system out of action.

Irish’s Veteran trait allows him to dig in and stay alive. He will always spawn with a small amount of body armor that can be replenished whenever he collects dropped ammo packs from defeated foes.

There are more Specialists set to be revealed, and we’re hoping we’ll see some familiar faces be featured once again.