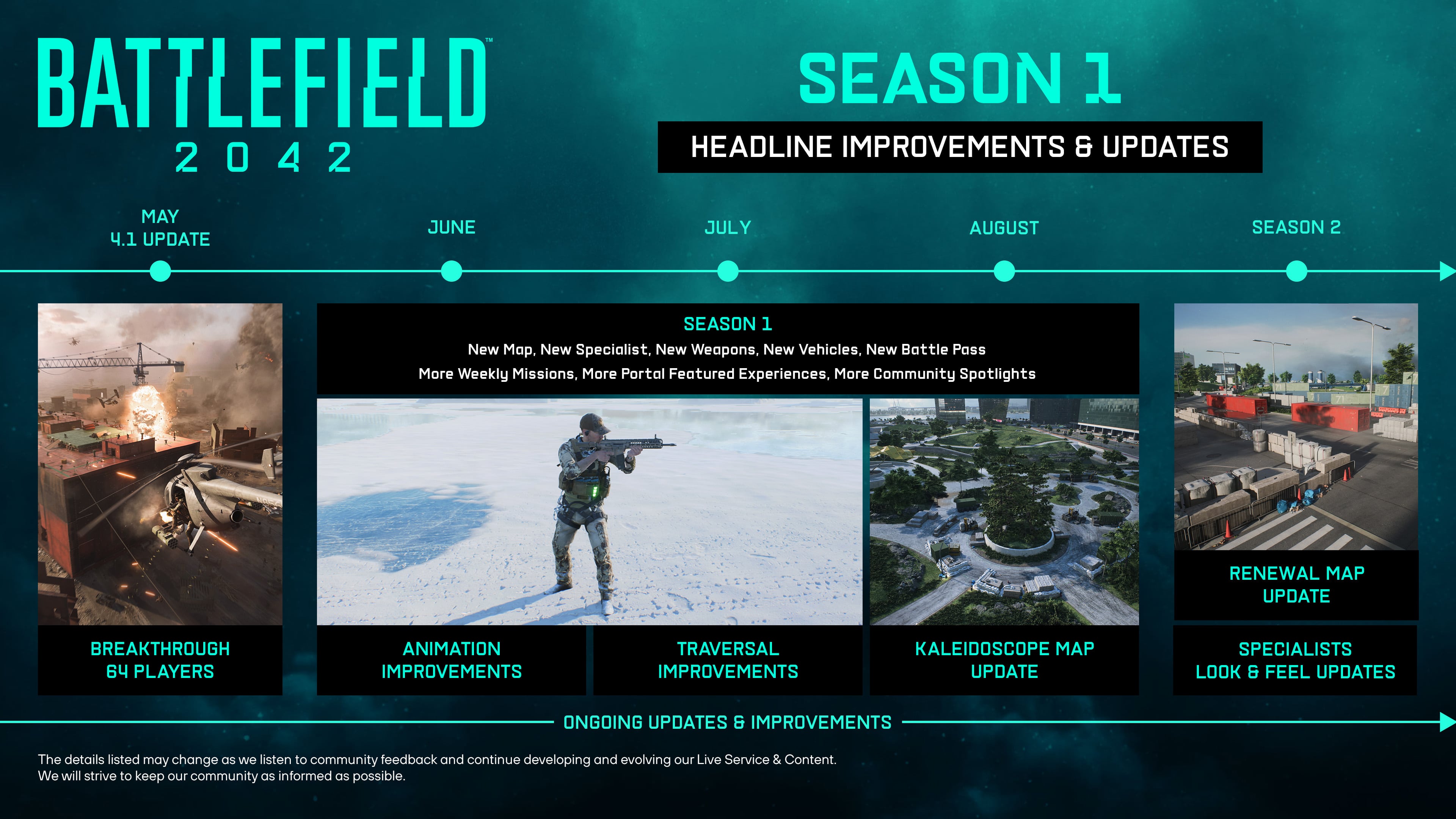 DICE has finally opened up a bit about its future plans for Battlefield 2042! In a huge Battlefield Briefing info dump, DICE Senior Producer Ryan McArthur and Creative Director (also known as the father of Battlefield) Lars Gustavsson talked about the improvements the devs are working on, as well as some of the stuff incoming for Season 1, which is due out in early June!

One of the major changes incoming are with maps, and how DICE is adding more cover and improvements to each. Note that what’s discussed and shown below won’t all be available in Season 1, but rather, it’s a preview of the changes being made. Check out DICE’s explanation as well as a Battlefield 2042 map changes preview!

In this focus area, we’re not just looking at the new maps that we’re planning to bring throughout our upcoming Seasons, but also the improvements that we want to bring to our existing playspaces.

We know that our maps play best when the space is being well utilized, and when you feel that you have a good understanding of not only where to go next in our maps, but also the safest ways to traverse that distance. We’ve seen from your feedback that you are enjoying our maps in 128 players on Conquest, but that when it comes to other experiences, we shouldn’t stick so rigidly to those rules. When the first of our new maps arrives in Season 1, we hope you’ll feel that these changes help to create a more fun and tactical experience, and we’re looking forward to you experiencing these changes for yourself next month.

We’re also looking to ensure that where we need to, we’re able to bring some of our launch maps up to our revised standard of quality, focusing first on the reintroduction of Kaleidoscope. As shared in our Core Feedback loop last month, we’ve revised the playspace to add more cover, creating new flag positions, and improved the flow across the whole map.

yeah the map updates look really good! excited to see what new specialist and vehicles we get for S1 👀 pic.twitter.com/TXCThNy9Tu

As for Season 1, DICE has released the image you see above, which features some of the improvements incoming for the game’s first season. Aside from a new Specialist and a new map for the new season, BF2042 players can also expect animation improvements, Specialist look and feel updates too. DICE has also confirmed that starting Season 1, we’ll be seeing more of the Battlefield Portal maps joining the rotations in All-Out Warfare which should add a lot more variety in core modes.

Season 1 will launch next month, and will mark the start of a year of new content coming to the game. Four Seasons, four New Specialists, new maps, and new weapons and gadgets that help to expand the sandbox. We’re bringing a Battle Pass to Battlefield for the first time that will give players the chance to earn new gameplay items, all of which are on our free tiers, and new cosmetic items across both the free and premium tiers.

Next month with the release of Season 1 we’ll see a big update that will not only bring this new content to the game, but also deliver new Quality of Life enhancements, fixes, and improvements that demonstrate our continued commitment to Battlefield 2042 and our mission of restoring the trust that many of you feel was hurt when we launched back in November of last year.

Check out the 15-minute development update below to know more.

FNAF Security Breach Update 1.09 Crawls Out This May 24 (Update)