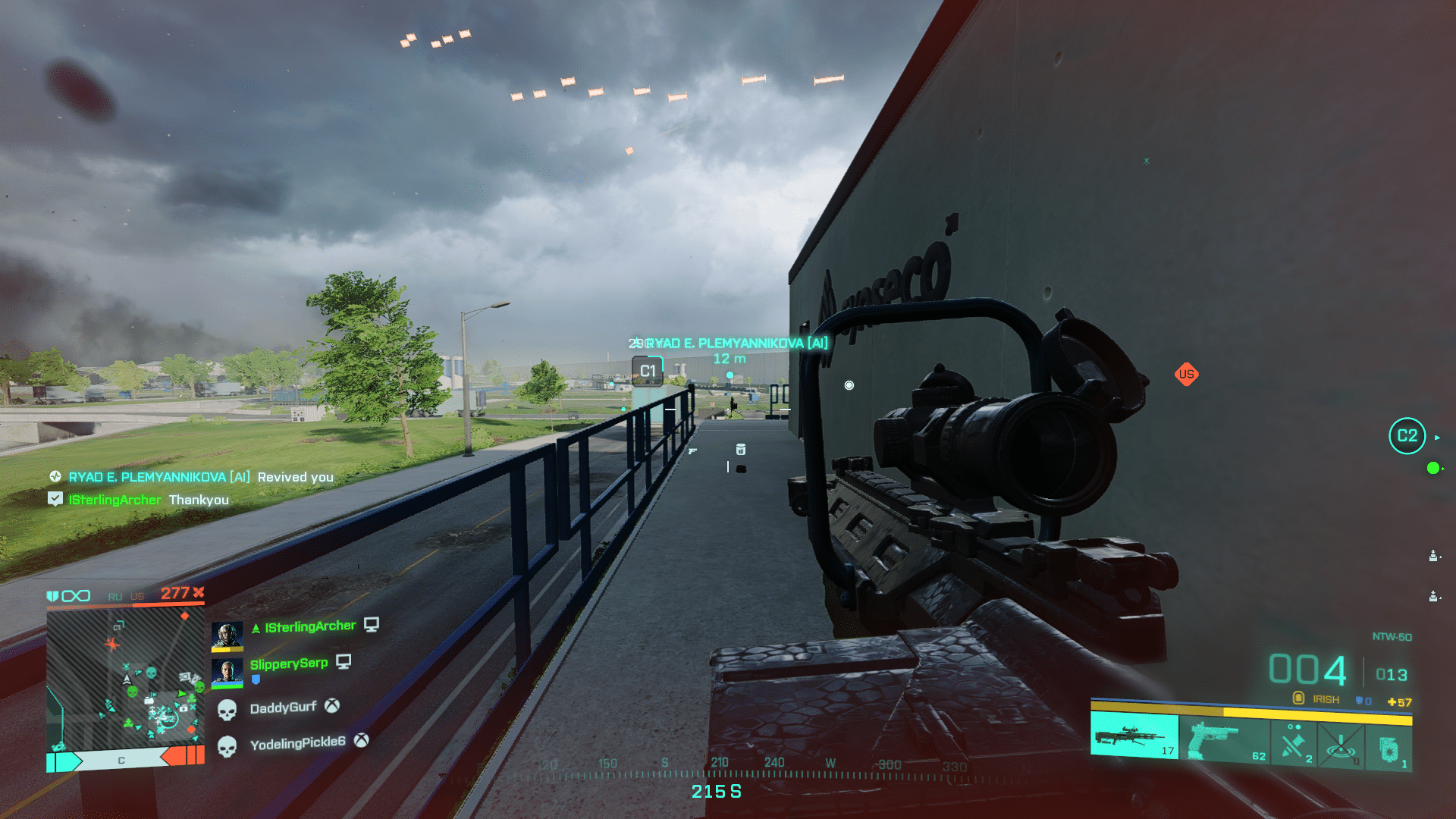 If you’ve encountered invisible or upside down soldiers in Battlefield 2042, you’re not alone. This Battlefield 2042 invisible soldiers bug has been around for quite some time, and thankfully, it seems a fix is incoming soon-ish.

Over on Twitter, Lead Gameplay Designer Florian Le Bihan confirmed that “some fixes” are on the way in the next BF2042 update to fix these issues.

We are aware yes and have some fixes on their way for the next update for invisible soldier issues + upside down soldiers (which feels like playing against invisible soldiers), is your footage on XBSX?

Another thing that’s bugged is the weekly missions appearing in-game. Earlier today, we published the weekly missions and reward for the week, which should entice players to boot the game up and go after a specific new cosmetic. Unfortunately, some players cannot see the new missions in-game. DICE has confirmed that this, too, will be fixed in an upcoming update.

We plan to resolve this in the next game update.

You can still continue progressing towards the weekly challenges and unlock the reward. pic.twitter.com/biqHR0pXwj

Both issues are being targeted for the next update, which is set for sometime in May. No further details regarding the May patch has been shared so far outside of these little tidbits, but we do know that the HDR option is being fixed in a future update as well.

For those suffering through invisible enemies in Battlefield 2042, rejoice! The wait won’t be that long now. If you know anyone encountering this, share this article and let them know that a fix is incoming.

Guilty Gear Strive Update 1.17 Slices Out for “Another Story” DLC