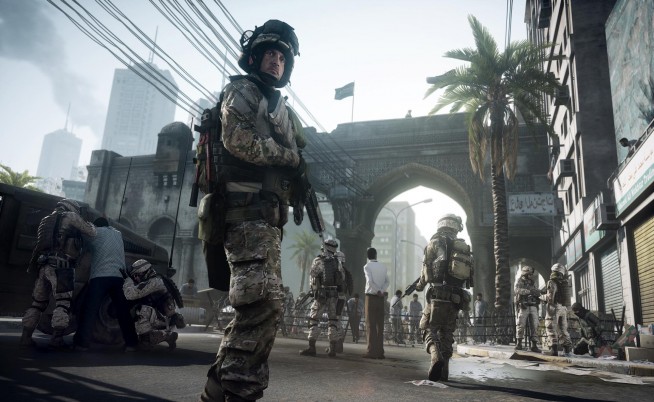 The big question on many Battlefield 3 players’ minds is what happened to the “big announcement” that was supposed to take place last week? If you haven’t been keeping up, a few weeks ago, EA VP of Investor Relations, Peter C. Ausnit, mentioned that we could be hearing an announcement during a New York EA event that passed last week – possibly something of upcoming DLC. Though this did not end up happening, there is still hope, according to Community Manager, Ian Tornay.

Tornay spoke with Battlefield fans on Reddit and explained the situation: “I think, as another Redditor pointed out, there’s been some confusion as to what was going to happen. It’s a big time at EA right now – we’re starting to work on new titles, figuring out how to close up our year, and planning for the months to come.” Check out what was mentioned about EA’s Medal of Honor franchise and future Battlefield 3 DLC. Tornay continued, “that being said, we do have something really cool for you guys and (if I understand correctly) we didn’t want to smoosh it in with a bunch of other stuff. We definitely have information coming – stay tuned.”

Tornay also mentioned that DICE has teams working on several upcoming goodies – “One on updates and fixes, one on DLC.” Check out some of the info we’ve gathered so far on the upcoming patch here. On top of the recently rumored “all American expansion”, Battlefield 2143 is also a very popular idea among the Battlefield community when it comes to DLC options. Tornay commented on its possibility: “There is a lot of enthusiasm inside DICE for 2143 – they love it as much as you guys do, too. Of course it’s an option. Is it more likely than anything else that’s been suggested? Not as far as I know. So, not a yes, not a no.”

It looks like Battlefield fans will just have to keep patient for a little while longer to see what exactly DICE is working on. Any thoughts on what it might be? Let us know in the comments below and make sure to stay tuned to MP1st to keep an eye on any upcoming Battlefield 3 announcements!

Bullet Time In Max Payne 3 Multiplayer: How Will It Work?