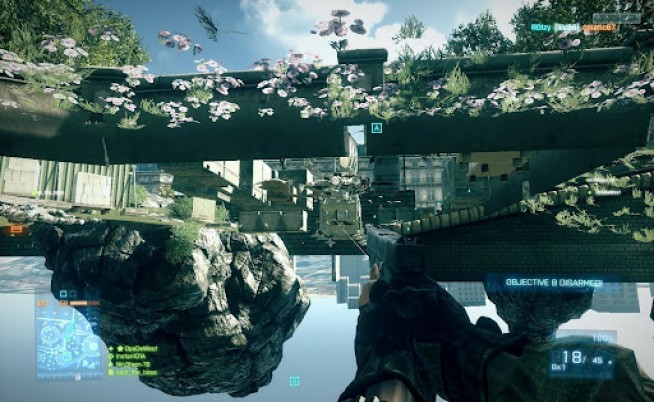 Battlefield 3 Bugs and Glitches Being Looked Into by DICE

Feedback from Battlefield 3 fans is coming in hot as DICE acknowledges bugs and glitches requiring attention.

While it hasn’t been confirmed whether or not these bugs and glitches will be fixed in the upcoming February patch, DICE has confirmed to be looking into them. What has been confirmed, however, is an incoming fix for PS3 VoIP issues. Read here to find out more. Without further adieu, here are a number of glitches players have been reporting in to DICE who claims to be seeking fixes.

To start off with some of the less common ones, some players have been noticing that the points earned whilst flying a jet are not accounted for at the end of some matches. DICE: “This is a known concern that we are investigating.”

Others are reporting an instance of being stuck on a black screen, at which point players need to back out of the game through other means than selecting quit. DICE: “We are aware but are continuing to make a note of this.”

Two more common weapon glitches are also being reported in. The first is an instance when the player’s character model holds his weapon way above his head. As the player, one is only able to see the arms, blocking most of your field of vision. This seems to happen more commonly with some weapons than others. DICE: “The developers are aware of this glitch.”

Maybe even worse, something that can only be fixed by either turning off your platform or uninstalling/re-installing the disc, is the infamous “no-gun glitch”. In this case, no weapon appears on screen at all and players are unable to shoot. DICE: “We’re aware of this glitch and are looking into it.”

Some of the more serous bugs appear in instances of trying to play with others in a squad. Many players across all platforms report having their team either split up soon after joining up, upon entering a match, or after teams “auto-balance” themselves. This is one of the more serious bugs as Battlefield 3 is primarily a team-oriented shooter. It’s a shame to not be assured that your squad will be sticking together throughout play sessions. DICE had this to say regarding squad issues: “We are aware that this is happening to some people. Please contact EA support about this.”

What are some of the bugs or glitches you’ve been experiencing, if any? Let us know in the comments below

Note: featured image is of Beta gameplay and not of current build.