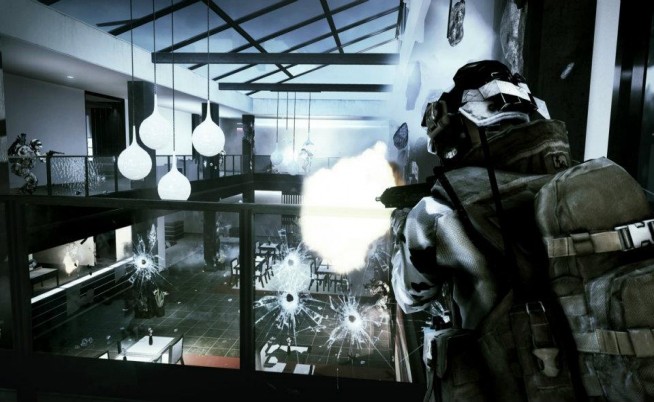 DICE developer Alan Kertz sheds some light on some of the processes behind updating a game like Battlefield 3, including the reasons for the lengthy period without any word of DLC.

In response to a recent Joystiq article, Kertz clarified via Reddit that “the big reason that ‘[DLC is] taking so long’ is that we pushed hard on BF3, and lots of developers pushed vacations, parental leave and other things for a while to ship a product they could be proud about. After that was done, it takes a while to get people back into the office and up to speed.” He feels that it’s “better from our perspective to wait a bit on the DLC and deliver quality content with plans to deliver different types of content for different types of players over the lifetime of BF3, rather than hurry one map out.” It seems DICE will definitely be delivering in the near future. Check out a recently released gameplay trailer of the first of three expansion packs, Close Quarters.

Luckily, DICE was able to publish their first expansion pack, Back to Karkand, fairly quickly after the release of Battlefield 3. This seemed important to them as Kertz explained on Twitter that “rapid DLC [is] proven to help keep discs in drives, off used,” since a “vast majority of sales of a title come in the first month.”

Kertz also commented on the fact that since DICE tries to keep all three platforms on the same level in terms of updates, it might seem like updates don’t come as often. He mentioned in the comment section of the latest Inside DICE, “we only update a specific platform if we have an issue on that specific platform. For example, PS3 VoIP updates.” It seems important to DICE that “the core gameplay and feature list needs to remain as close to identical as is humanly possible. We simply do not want to be perceived as having a favorite platform, nor do we want any one set of players to feel second class.” Another example he used was that “Xbox players have already asked where their colorblind support is, making further PC only updates would simply make that valid complaint even more valid.”

This, of course, leads to the question: Do you think consoles are holding the PC version of Battlefield 3 back? What is your take on the lack of DLC after Back to Karkand? Let us know your thoughts in the comments below.

Still wondering about the upcoming Battlefield 3 patches? Read here for some good news!