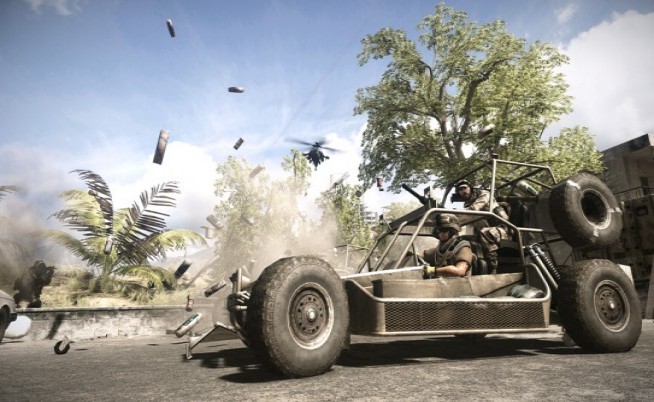 Today, we have a very interesting rumor coming from YouTuber, TheAustrianToast, regarding DICE’s plans for future Battlefield 3 DLC.

In a dual commentary with DCRUColin, TheAustrianToast revealed, “I have a source telling me that there will be an all American DLC.” He added that these maps would be based on locations like “New York City, Miami, New Jearsey, and I think it was San Francisco.”

Before Battlefield fans get a little too excited, since his sources were never revealed, we have to consider this a fairly wild but rather likely rumor. Rather likely, because if we take a look at the recent Back to Karkand maps, they are already based on various cities in the Middle East. This also seems to be the overall theme with Battlefield 3 – environments within city limits, as opposed to Battlefield: Bad Comany 2’s more open environments. It would make sense for DICE to stick with what the Frostbite 2 engine seems to do really well.

TheAustrianToast later stated in this commentary, “I mean, the all American DLC pack is a great idea and should actually come out middle, or in the beginning of summer.

Lastly, a while back, DICE mentioned that they weren’t into making “map packs,” but rather “expansions.” This would most likely mean that we would also see a new set of weapons, vehicles, and assignments much like the recent Back to Karkand expansion. On top of Battlefield 2143 rumors, DICE also considered the idea of a snow-themed expansion, something many Battlefield 3 fans have been craving since Battlefield: Bad Company 2.

Let us know your thoughts in the comments. Does this rumor seem likely to you? Would you love to drive a tank down the streets of New York City in an all American themed DLC?