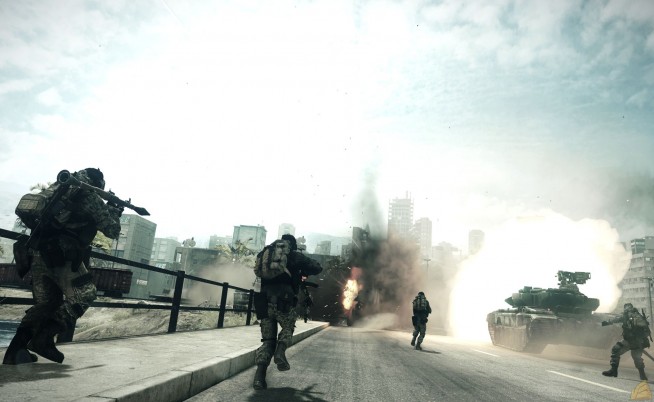 You may remember yesterday that we reported Senior Gameplay Designer, Alan Kertz, leaving development of Battlefield 3 and putting it the hands of other DICE developers. Gustav Halling, one of these Gameplay Designers, recently took to Twitter to ask Battlefield 3 fans this question: “If you would get 1 wish and could tweak 1 thing about BF3′ gameplay, what would it be?” Kertz asked this earlier a few months back as well, which led to a number of changes, but it will be interesting to see what comes out of it this time. This is certainly a good way to set foot under the spotlight of Battlefield 3 fans, a spotlight that will also be shared with Gameplay Designer, Tim Kjell. Kjell recently assured fans that he “will be evaluating a lot of things together with Gustav Halling.” One example of this is Battlefield 3’s fall damage and parachute deployment. Many feel fall damage is too high or that the distance at which a player takes damage is too short. Kjell commented, “the more feedback, the better. I want to have a good look at it to see if/what it needs tweaking.”

Though one of our favorite DICE devs has moved on to bigger and better things (what could be bigger or better than Battlefield 3?), the future of Battlefield 3 looks bright.

Knowing that many of the projects covered by Kertz have already been completed and will most likely be making into the February patch, what are some things that you believe DICE developers should turn their attention to in order to make Battlefield 3 a better experience? Or, in this case, what’s the one thing? Let us know in the comments bellow!