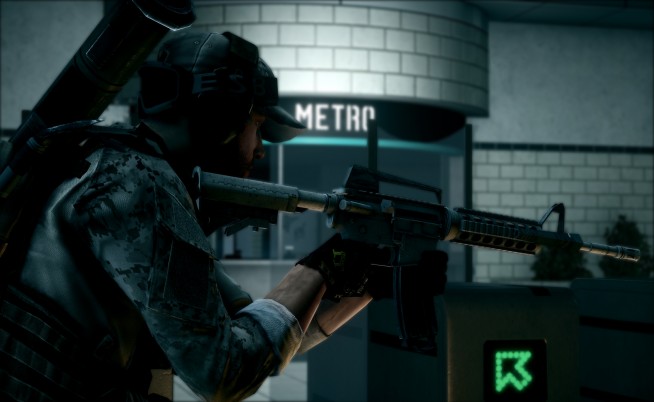 Update: Battlefield 3 Global Community Manager Daniel Matros has made a statement on the matter in a recent AMA on Reddit: “I have seen [the post] and it has gone around. I have a weird relationship to these hacker posts. I WANT them to gain visibility so we can grow and learn as a community and as a studio. I do also wish they wouldn’t be there. We’ve sent [it] around and people are looking at it.”

Original Story: It turns out that Battlefield 3 on PC isn’t as hack-free as you might think it is, despite counter-measures like Punkbuster.

Recently, a hacker-turned good, ironically named Hackertrash on Reddit, spilled the beans regarding what type of hacks PC players currently face and just how commonly players use them. If his data is true, you might find his conclusions rather startling.

These are his experiences below as he describes on Reddit.

When I’m legitimate (not hacking) I’m a ~400 SPM player, an active member of the reddit forums, and everything I’m about to write is absolutely true.

We’ve all met hackers in game. However, an IRL friend I know plays online games only to hack them. He introduced me to a relatively cheap, fairly well known and undetectable BF3 hack.

I noted it’s existence, but didn’t use it, or think much about it – until one day a few months ago.

I was on caspian, and a opposing sniper was clearly hacking. On a short ticket server he was 100-4 or so and was able to kill me across the map with impossible shots.

I was infuriated, and in a bad mood. I cracked. I went to the hack website my friend had shown me, bought the hack, and over the course of a few days learned to use it.

Here’s the information I think the community at large ought to know.

The hack works by injecting some code into the game as it launches. As such, no files on your computer are altered in any way. I don’t have a mass of technical knowledge, but I know this keeps PB and DICE/EA from being able to detect it. The executable for the hack doesn’t even exist on your computer: You use a java applet to log in, and it loads it directly into memory and you launch the game afterwards.

The hack’s capabilities are immense, and highly configurable. There are so many options. The most notable ones are:

They update the hack constantly. It only takes hours between a patch and a new injectible updated version.

The aim-bot specifically is extremely customizable: It can be set to only force aim at slow or fast or any speed in between on button press: It can snap to the closest enemy, or the one I have closest to my crosshair.

There are many more options, including being able to FULLY customize the weapons (including vehicles) and others. Also – you can customize it so that all this information is invisible. None of this shows up on the PB screenshots.

So after I got my hack all set up, I found the hacker, and went into his server, and began killing the shit out of him.

At first, I just murdered everyone on my way to him, but once I became more skilled with the hack, I just used the 3-d and 2-d radars, along with the feature that showed me who was looking in my direction, to avoid the enemy team, and just kill the hacker.

He rage-quit pretty quick. This lead to my next finding, as I turned on the hack when I suspected someone of hacking.

There are many, many more people using some feature or form of this hack(or a similar one) on almost every server than I thought possible.

What I mean by that Is I found that on nearly every 64 man server, during the course of a two round span, it’s almost a certainty that someone is hacking – and most times more.

Here’s how I was able to know (not surmise) that people were hacking.

The hack can be set so that when you aim near someone (whether you have line of sight or not), it will show you how close they are aiming to you – in a percentage.

100% means that they are aiming at you, perfectly. Running around, watching people, I could instantly see some issues.

As you would imagine, holding a 100% aim on a moving target is nearly impossible. But I found people, time and again, who, once they ‘took notice’ of me – Could hold that 100% as long as they wanted.

In other words, they were seeing me (in many cases across the map from spawn, through buildings and the like) as soon as I spawned – and they had me dialed in, even as I ran, and changed directions.

They were using their own hack to hold an aim on my head, as they got into range/line of sight.

But furthermore, I started to notice something with lots of the vehicles and aircraft: plenty of those would be flying around, but as soon as they got anywhere near me, the aim percentage would go from 0% straight to 100% – and not release until they had fired all their rockets/guns/etc.

This also revealed very excellent players in some cases being accused of hacking, weren’t hacking. You could detect in the aim if it was ‘human’ or not. These cases, while fairly rare, did exist.

Another clear way to tell is if someone was using the hack, is if I could sneak up on someone. Amazing players can be surprised, if you have the advantage of knowing where their entire team is, and what direction they are running and looking, at least some of the time. Hackers using the radar functions cannot be surprised. It was a dead giveaway

I did this for a month, before I removed my subscription to the hack, worrying that I would be stat-wiped, or banned.

But during the month, I did a lot of looking into the profiles and statistics of the people I found to be hacking beyond a shadow of a doubt, and I reported a boatload of profiles (to nearly no avail) .

Here’s what I’ve found- (and mind you , this is a month of playing, I found maybe 100 people that were clearly and undeniably hacking for the above stated reasons). Take this with a grain of salt, sample sizes and unscientific record keeping means these numbers could be 10-20% (maybe even more?) off.

My anecdotal evidence is that between 1 in 30 to 1 in 60 players on big ticket servers are hacking. Also, many high SPM players (over 700-900) with low time on bases etc. are often hacking imo.

I’m doing this because I want to convey to all of you the scope of the issue we face.

Do you notice any hackers when you play Battlefield 3 on the PC? If so, how often? Let’s hear your thoughts/experiences in the comments below.

Thanks, Andy Callow, for the tip.