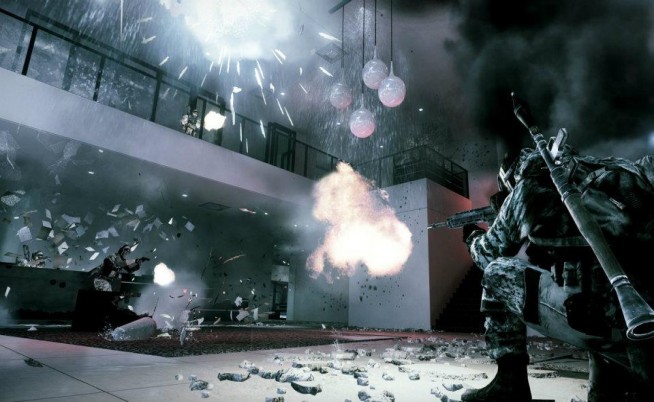 Yesterday, as many already know by now, DICE announced a release date for the PS3 version of the upcoming Battlefield 3 patch as well as provided a number of patch notes with PC fixes and updates thrown in as well. You can read up on the release date and entire list of notes right here. Noticeably, a release date for the PC and Xbox 360 versions of the patch have yet to be given and Battlefield fans are hot on the tails of DICE asking the simple question: Why do PS3 users get the patch before PC and Xbox 360 users?

The big misconception circling the internet at the moment is that DICE’s marketing agreement with Sony allows them to push out the PS3 patch before others. This is the same agreement that grants PS3 users a week early access to the upcoming Close Quarters DLC and allowed them a week early access to Back to Karkand. However, EA Community Manager Ian Tornay recently made it clear on Reddit that “the only reason that Sony’s patch is going out first is because it’s the only one that’s ready right now.” He added, “we’re putting the finishing touches on the other patches and working as hard as possible. This has nothing to do with favoritism for a platform and is NOT related to DLC coming to Sony first. This just as well could have been PC or 360 first.” He admits that “honestly, this isn’t how we had hoped everything would come together (obviously)…” DICE Community Manager Daniel Matros addressed the the Battlefield community yesterday apologizing for the delay and mix up of dates.

As for specifics as to why the patch on other platforms has been delayed, Senior Designer Gustav Halling explained on Twitter that designers “recently found tech bug we need to fix on ox&xbox. It might come out same as ps3 or short after. I don’t know atm.” For the PC patch, he mentioned that it’s “hard to explain it on twitter. But we are not ‘waiting’ for console certification, instead working more days on the PC patch.” He assured fans that the “goal is same day for all SKUs but sometimes unfortunate things happen like now.” To sum it up, Halling stated that “we are putting the final touches on [the 360 and PC updates] and will confirm a date as soon as we can.”

Similarly, Tornay assured fans that the team at DICE simply “want to make sure patch is 100% awesome for you guys!”

So, it looks like all we can do at the moment is wait. Fortunately, fans shouldn’t expect too much of a delay between patches. Meanwhile, console players can check out the new updates made to the server browser. Make sure to follow MP1st on Twitter and Facebook for more updates!

How to Avoid Getting ‘Deranked’ in Modern Warfare 3, Even After Stats Reset