Battlefield developers Digital Illusions CE are kicking things off this October 1 with the official Battlefield 4 beta on the PC, Xbox 360 and PlayStation 3.

Taking the time to address Battlefield’s biggest fans, DICE general manager Karl Magnus Troedsson took to the Battlefield Blog earlier today to lay out everything you need to know about the upcoming beta.

This October 1 and 4, Beta testers will have access to the Battlefield series’ trademark game mode, Conquest, on the map Siege of Shanghai, first shown off at this year’s E3. [Correction: “Domination” will also be playable in the Battlefield 4 beta.] The team is calling SoS DICE’s most “Battlefield-y” map ever, including a “dense urban environment with full infantry and vehicular combat.”

While the beta seems to cut it close when it comes to launching only a few weeks before the release of the full game, Troedsson stresses that the studio will “still have time to implement changes based on your feedback. Some of these changes will happen in time for launch; some feedback will be addressed after launch in our extensive ongoing support of the game.”

Primarily, “the beta is first and foremost an opportunity for us to test the underlying infrastructure – server loads, matchmaking systems, server browsers, and game mode rotations are now going to be tested at high capacity for the first time in a public environment. The data that we will receive during the beta period will be of great value to us when configuring the game for launch.”

Expect server restarts and outages as the team monitors activity 24/7. Also, don’t expect the gameplay to be reminiscent of the final build. Troedsson wants you to know that “the beta version of the game is actually older than the version we are currently working on at the DICE office, since the beta had to be submitted for testing and certification before it can go live.”

DICE hopes to direct all feedback right here, on the Battlefield 4 Beta forums, so you might consider bookmarking that link for quick and easy access, should you run into any issues that need reporting.

Those gaming on the PC might want to know that a 64-bit operating system will be required to play the Battlefield 4 beta. However, the final build will run on both 64-bit and 32-bit OS’s. “As a studio,” Troedsson mentions, “we wanted to focus our efforts on testing the 64-bit version of the game. The full version of the game will also run on 32-bit Windows OS.”

On top of experimenting with server loads and connection quality, DICE will also be testing a few new anti-cheat measures. “We are happy to let you know that we have increased our protection against cheaters to not only use PunkBuster, but we will also work side by side with Gameblocks, who will provide us with their anti-cheat engine FairFight,” explains Troedsson. Interestingly, “you will notice information about the two anti-cheat measures on the server browser pages on Battlelog, and you will also potentially see messaging in the chat box in-game when a cheater is caught.”

Lastly, those participating in the beta will receive an exclusive dog tag for use in Battlefield 4, proving that you took part in the game’s beta testing this Fall. 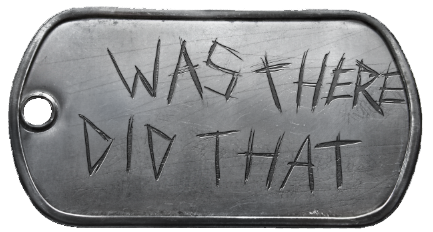 That about does it As a reminder, here are the exact start dates and to whom they apply: