On PC and next-gen consoles, not only can games of Battlefield 4 consist of up to 64 players plus 2 commanders, but up to four spectators will be able to join in on the action as well.

“Once inside Spectator Mode, you can observe the matches in four different views: First Person, Third Person, Tabletop and Freecam View,” reads the latest bog entry. “Each view comes with its own merits, and our goal is for players to find the perfect views for the situation at hand – and to easily switch between them.” 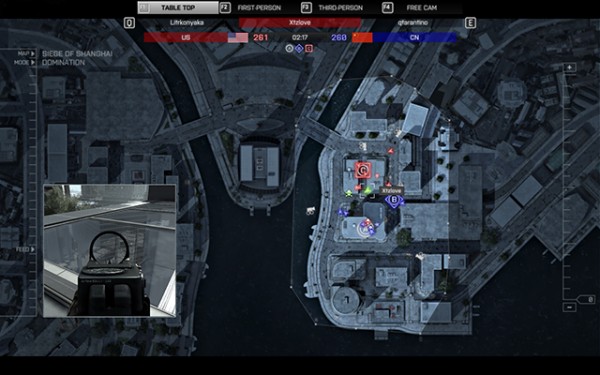 Similar to Commander Mode. Includes UI with icons for starting points, players, vehicles, etc. Can select any player or vehicle from here to view in picture-in-picture mode. 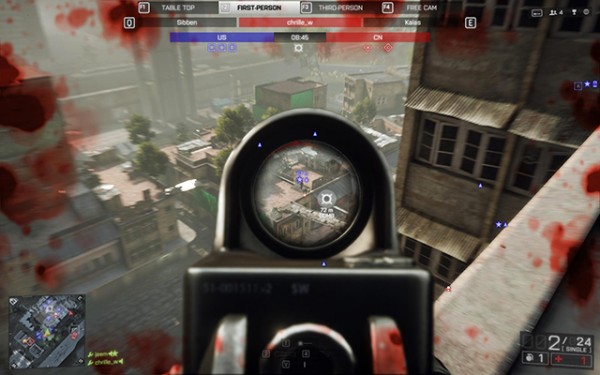 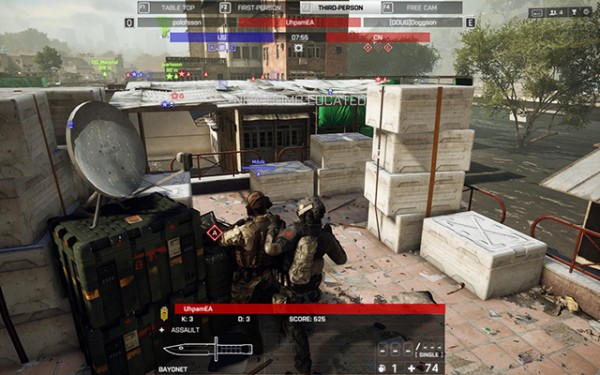 Allows you to take a closer look at the action surrounding a particular individual to either see what he or she is seeing, or view the player in a more cinematic way. 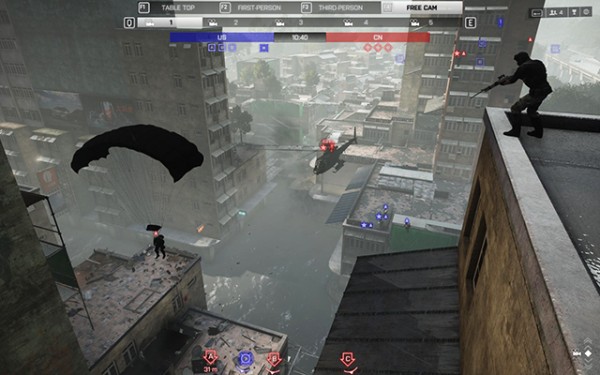 Five different cameras to switch between due to large map sizes, which are placed at certain locations by default, but can be moved. Great for movies.

The user interface in Spectator Mode features controls for switching between the various view modes as well as between different players. You’ll also see every player in the squad you are currently spectating, where the five Freecam cameras are, the score for the two teams, the remaining time and the objectives. There are also squad bars on the sides of the screen indicating a squad member’s health and kit choice. Lastly, the Player Card displays a player’s current weapons, attachments, gadgets and vehicle customizations.

Of course, players will be able to remove layers of Spectator Mode for a more cleaner look, or be able to completely remove any UI whatsoever in order to enjoy a more cinematic look at the Battlefield.

“While no one can say exactly when, we at DICE are convinced that e-sports will someday become the most popular sport on the planet, and we’d like Battlefield to be one of the games that makes that happen,” reads the blog entry. DICE hopes that the broadcast-friendly features of Spectator Mode will help Battlefield 4 take a big step into the competitive scene.

With this in mind, extra care was taken into making sure the mode made it into “all game modes, all maps”, regardless of server player count.

So, what will you be using Spectator Mode for when Battlefield 4 drops this October 29?