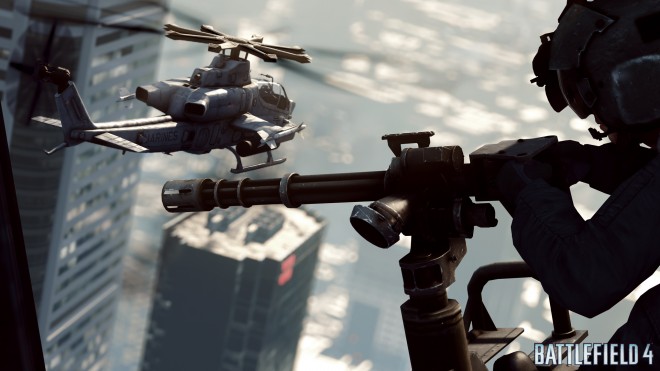 With the uncertainty of exact release dates for Microsoft and Sony’s next-generation of gaming consoles, many hardcore console gamers are forced to consider purchasing their favorite AAA blockbuster hits like Call of Duty or Battlefield twice this fall: once for either the Xbox 360 or PlayStation 3, and then once again at a later date for the Xbox One or PlayStation 4.

For some, the latter is an option, but for others, it’s out of the question. But for those who are planning on making the double purchase, will their stats, unlocks, ranking, and other things of the sort carry over from one console to the next?

I recently asked DICE General Manager and Vice President Karl-Magnus Troedsson this very question while I caught up with him at E3 2013.

Expecting a flat-out no, he told me that the studio actually “…just started having this discussion, so this is not settled yet. But we have heard that – I don’t know if this came from inside or outside of DICE – but that is being discussed.”

He added, however, that the decision might not be within their power to make. “It might not be entirely up to us,” he said. “We have to wait and see how first-parties see this.”

So, it looks like we’ll have to wait for a more clear answer down the road, perhaps once Microsoft and Sony are closer to the final versions of the Xbox One and PlayStation 4.

We want to ask you, are you going to be making the double purchase, or are you only going to be sticking to one version of the game? If so, which version? Let’e hear it in the comments below!

Learn more about Battlefield 4 multiplayer here, and be sure to stick around for our full interview with Karl-Magnus Troedsson.

DICE Is Too Busy for Battlefield: Bad Company 3, But Could Find Talent Elsewhere