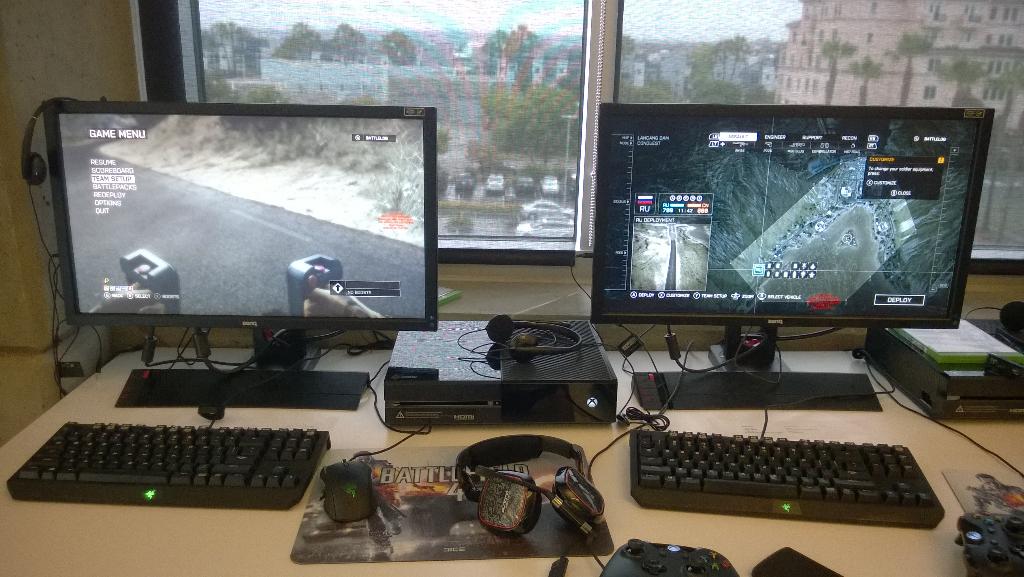 Battlefield 4’s Community Test Environment is on its way to Xbox One “really soon,” according to DICE LA, who are currently leading the charge for upcoming Battlefield 4 patches and content updates.

Julian, an Engineer at the studio, posted this picture with the caption “What’s going on here?!”

What is going on here?! pic.twitter.com/voyFI2cEpA

What exactly are we looking at? There are two Xbox One consoles on the desk and, if you look at the monitors, both appear to be powering the CTE version of Battlefield 4, which you can make out by the red watermark. Julian clarified in another tweet that the Xboxes “are regular retail consoles in the picture, not dev kits and not running any dev software. Just regular retail consoles connected to the internet.”

According to Julian, those hurdles may have been jumped, as he said in another tweet that fans will get to play it on Xbox One “really really really really soon.” No word of CTE running on PlayStation 4.

Currently, Battlefield 4’s CTE is open to Premium subscribers on PC and is run on only a limited number of servers as a place to perform experiments and test new updates, patches, and content. It was most recently updated with a 60Hz and 120Hz high frequency network as well as content that will be arriving in Battlefield 4’s Spring Patch on all platforms before the end of this month.

Keep your sights on MP1st for more updates. We’ll let you know when we find out more about CTE on consoles.