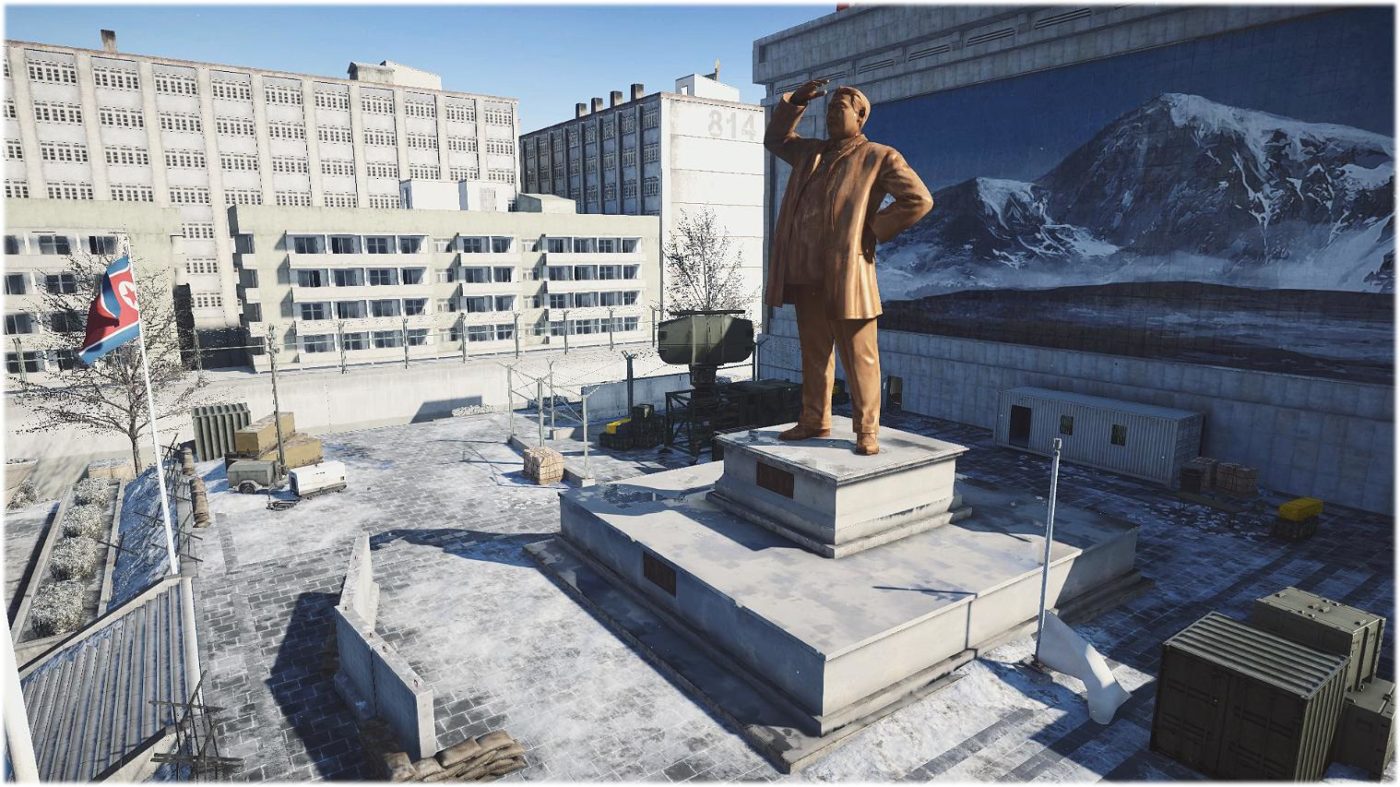 The reference can be spotted on the base of Kim Jong Il’s statue in Propaganda, a map set in North Korea. The writing is in Korean, of course, but its translation is awfully similar to a verse sung by the former North Korean leader in a scene from the satirical comedy Team America: World Police.

HAHA The translation in front of the statue is a verse from the “So Lonely” song from Team America @tiggr_ @tompens pic.twitter.com/vG7NzH5G5R

Official Bungie Site Gets Facelift in Preparation for Destiny Beta