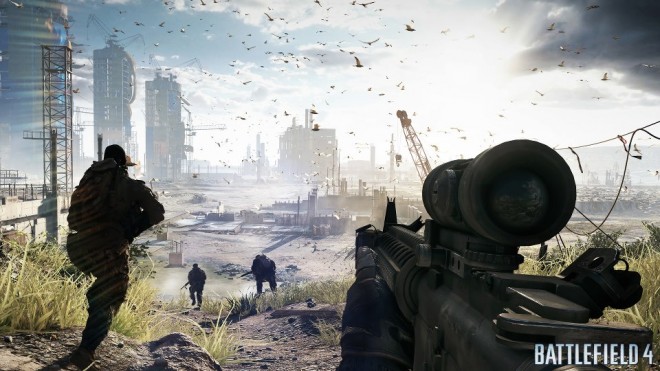 Though both the PlayStation 4 and next Xbox will be sporting the latest in motion control technology, DICE couldn’t care any less.

Okay. That’s maybe not the way they put it, but they certainly aren’t interested in these sort of “gimmicks” when it comes to Battlefield 4.

The PlayStation 4 will leverage the use of DualShock 4 and PS Eye, allowing gamers to affect movement in-game through movement of their controller. Likewise, Microsoft is said to ship the next-generation Xbox with an improved version of their Kinect camera, building upon the idea of full-body motion control.

“We are extremely open to innovation, but if it’s a gimmick, there’s no point unless it adds value to the player,” says Bach. “Touch screens used to be a gimmick, because no-one could get it to work until iPhone came out and used it right. It adds to the experience, and now everyone is doing it. To us it’s the same with motion control and perceptual gaming in general; if it adds, great. If it’s a gimmick, ignore it.”

What do you guys think? Does motion control add to or take away from a first-person shooter like Battlefield?