With the exception of the PC version that we recently is being delayed with no ETA as of yet, Battlefield 4’s third multiplayer expansion centered around intense naval combat is arriving today for Battlefield 4 Premium members.

Users on the Xbox One, Xbox 360, PlayStation 4, and PlayStation 3 can expect the new content, a 4.3 GB download, to roll out throughout the day. Non-Premium members will be able get their hands on Naval Strike April 8 for $14.99.

As of this writing, Battlefield 4’s social stat-tracking service, the Battlelog, has also undergone a bit of an update to reflect the following changes:

Improvements to the Battlelog’s mobile app have also been made:

Click the links below for more details on what Naval Strike has to offer. 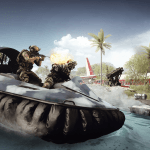 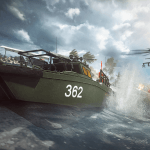 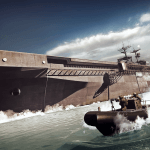 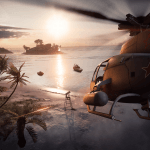 See you on the Battlefield… on a boat.