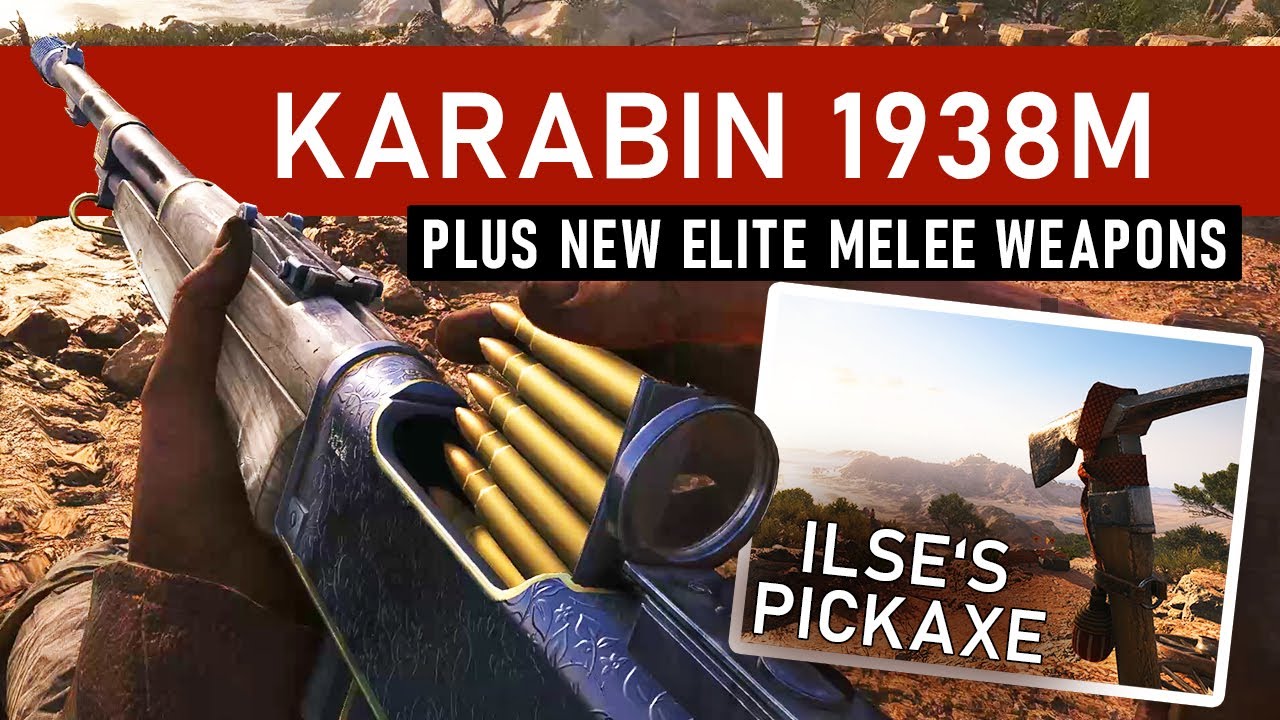 With Tides of War Chapter 4: Defying the Odds starting this week in Battlefield 5 via a new game patch, a new round of datamined info has been unearthed, and one of them is new gameplay footage for some of the still-unreleased weapons! Below, we’ll see Battlefield 5 Karabin gameplay footage, along with a few melee weapons shown off.

Once again unearthed by reliable Battlefield dataminer temporyal, the Karabin 1938M is part of the reward coming to Chapter 4 Week 3. In addition to that, we see the “Cavalleria” weapon set, melee kills using Ilse’s pickaxe, and Norman’s British naval dagger.

Influenced by the BAR, the polish Karabin 1938M rifle was in early troop trials as war broke out. A semi-automatic, fixed magazine rifle reminiscent of popular carbines that were already in use. It has a magazine capacity of 10 rounds.

Ilse Schattenwolf’s Pickaxe: Decorated with a sword portepee strap normally found on dress uniform swords. No one is sure of its significance to Ilse, but the axe has likely seen more use than most.

Norman Kingsley’s British Naval Dagger: Nicknames are common in times of war. In the case of the Royal British Navy, a dagger is often called a “dirk”.

Stay tuned for more datamined content for Battlefield 5! What do you think of the Karabin so far?