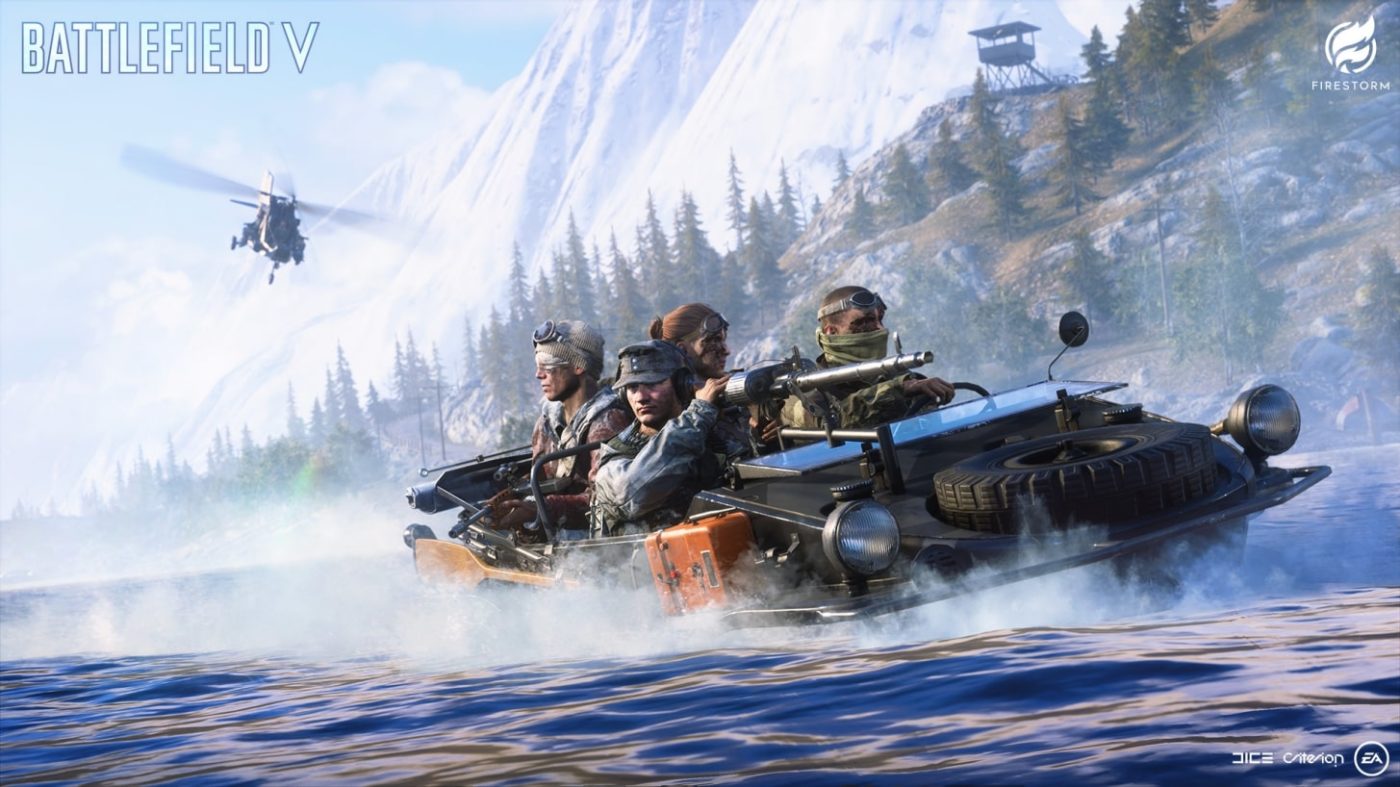 Looking forward to new Battlefield 5 content? Maybe a new map? You’re getting your wish this week! In a press release, DICE has announced the Battlefield 5 Mercury map release date, and it’s set for May 30!

Check out the Battlefield 5 Mercury trailer below.

Based on the events of Operation Mercury in 1941, this map lets you deploy on the coast of Crete where the British take on the invading German forces. Gameplay-wise, Mercury is all about verticality, all-out war, and asymmetrical vehicle forces; British troops have tanks and only a small number of planes while Germans will control the skies. Leverage the rocky slopes for intense vertical gameplay and close quarters gameplay.

Mercury at a Glance

Mercury caters for many different playstyles. It’s built to be a proper all-out war map, where players will be pushing with tanks, holding out for air support, or desperately defending a flag position. Battlefield veterans will see shades of three classic maps from older titles: Guadalcanal from Battlefield™ 1942, the Altai Range map from Battlefield™ 4, and Battlefield™ 1’s Monte Grappa.

Due to the size and verticality of the map, tempo will vary. Find holes in the defense to flank or engage in a hot firefight around one of the flags. There’s a place in the map for SMGs to clash with shotguns, while Recon players can snipe at Support players, who in turn suppress enemies with their LMGs.

As the battle rages, it will do so among scenic olive groves, state-of-the-art radar towers, and anything in between. Let’s go through some of the key areas. The Capture Points – AKA flags – listed below are taken from Conquest mode but should give a good overview of what Mercury has to offer.

Capture Point A: Cove
This flag is a quiet beach near a crashed Axis transport plane. Rocky cliffs surround the area, protecting it from long range attacks, and creating very vertical engagements between the players on the beach and those on the rocks above.

Capture Point B: Poulos House
The now-abandoned home of a wealthy family with grounds sitting above old olive tree groves, offering a stunning view of the Aegean Sea. The walls and gates provide poor protection from bullets and explosives, but Fortifications can be built to repurpose the space.

Capture Point C: Radar Sites
These twin radar installations along with the tall communications tower are just the latest expression of military might that the war has brought to the island. A large, sprawling capture area encompasses both radars and a nearby building, with Fortifications providing covered movement and firing positions.

Capture Point D: Village
This house sits on the edge of a village, abutting a quiet town square. White walls surround the plot of land, offering some cover from incoming fire, which will certainly come from the Radar Sites above, the hills behind, and from windows in the nearby houses.

Capture Point E: Marina
Local fishermen worked here before the war, with a quiet café offering respite after a long day on the water. The open capture area allows for tanks to resupply, but the surrounding houses and hills are perfect spots for enemy infantry.

Four Tips for Success on Mercury

Straight from the developers, here are a handful of pointers that will help you and your squad win the day.

Once the patch or any update is out, we’ll be sure to let you know. Make sure to check out this list of upcoming Battlefield 5 weapons and their stats.