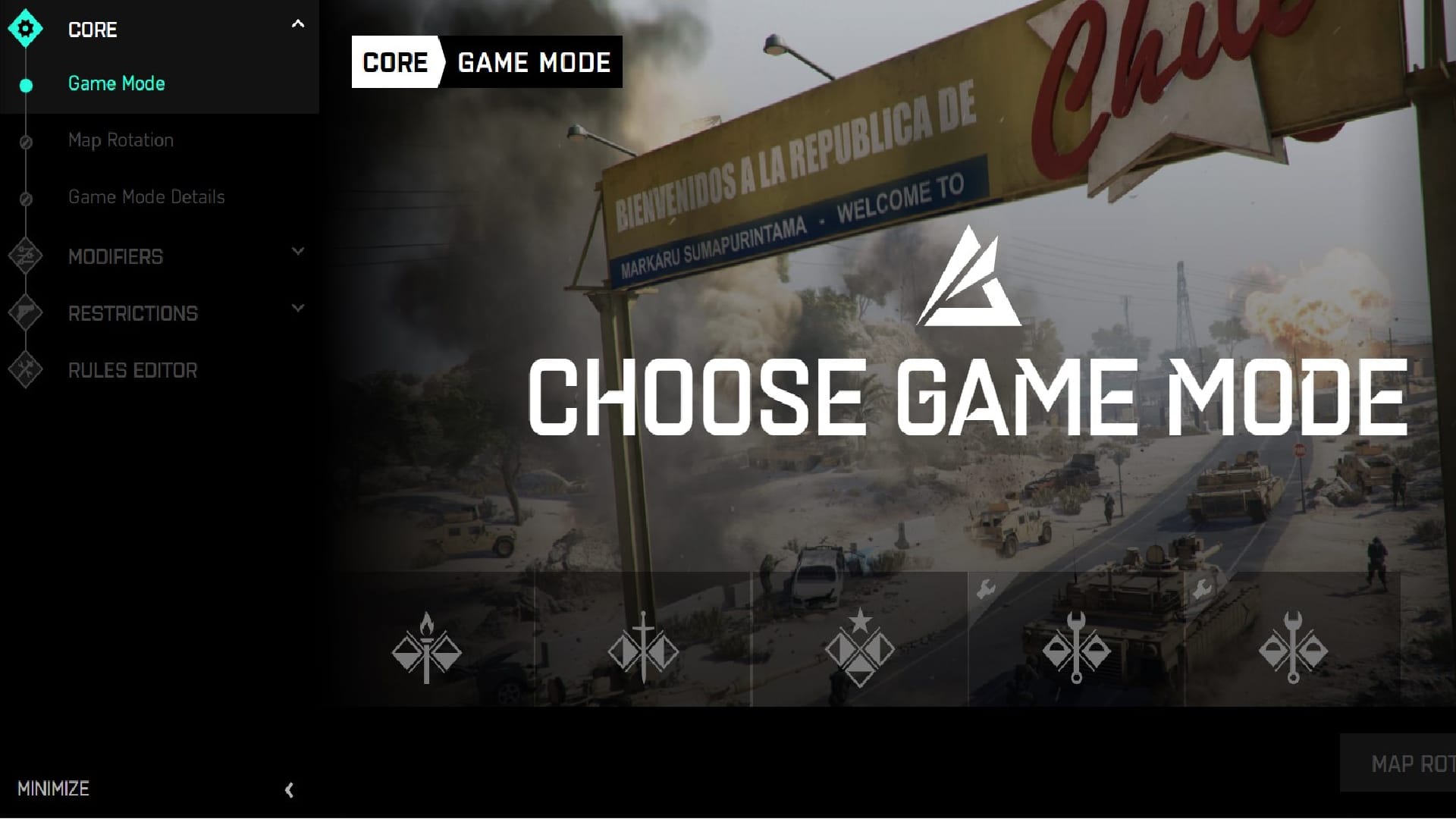 While Battlefield 2042’s Battlefield Portal will offer a slate of customization options for the would-be game designer, there still are limitations to it. Speaking to DICE & Ripple Effect Studios, MP1st has learned some of that limitations involve in-game rules, and even modes.

In a recent review event that we attended, Rob Donovan, Senior Game Designer at Ripple Effect Studios took to answering some questions around Battlefield Portal. One of those questions revolved around the series staple game mode, Rush, and whether or not we would be able to edit rules for the game mode.

To the first question, “Will you be able to use the rules editor on conquest or Rush?” the answer is no. We feel that conquest and rush are their own game modes already, certainly there are settings you can tweak them, but from our perspective TDM and FFA are really just to starting point for you to use the rules editor to make your own game. So if you want two teams TDM,  one team FFA, that’s sort of how we positioned it in our heads.

Certainly you can just play TDM with no additional changes, but stacking the rules editor on top of TDM and FFA is really the way to make those crazy game modes. As we said before there is sort of no moving objectives, there’s no spatial component to it, so putting the rules editor on conquest or rush could create some really unexpected, and unpleasant experiences. So we don’t have any plans for that.

And speaking of Rush, for those who have been following Battlefield Portal since its announcement, you may have remembered a few months back about the confirmation (via TheGamer) of Portal offering Rush mode to all Battlefield 2042 maps. Well, we have some bad news here, as Rob has confirmed that this is no longer the case anymore, as no Battlefield 2042 maps will support the mode via Portal, at least at launch.

I think the last time we did one of these review events I mentioned that Rush would be coming to Kingston’s (Battlefield 2042 codename) maps. Unfortunately, as you’ve seen today, that’s not the case. But of course back then we were thinking about it, we were really hoping we could pull it off. We’re not gonna have it on day 1, but the team at Ripple Effects is a huge fan of Rush, I myself am, but we can’t give you a date on it. I’d love to,  let’s see what happens in live service, let’s see what the community wants.

A bit of a bummer but at least it does look like we may end up getting map support for the mode eventually. Fingers crossed that is sooner rather than later.

Battlefield 2042 is now officially available in some markets. Stay tuned for our full review! In the meantime, go check out our initial impressions of the final build of the game via EA’s review event.

Rust Update 1.11 Fires Out for Free Shirts & More This November 11