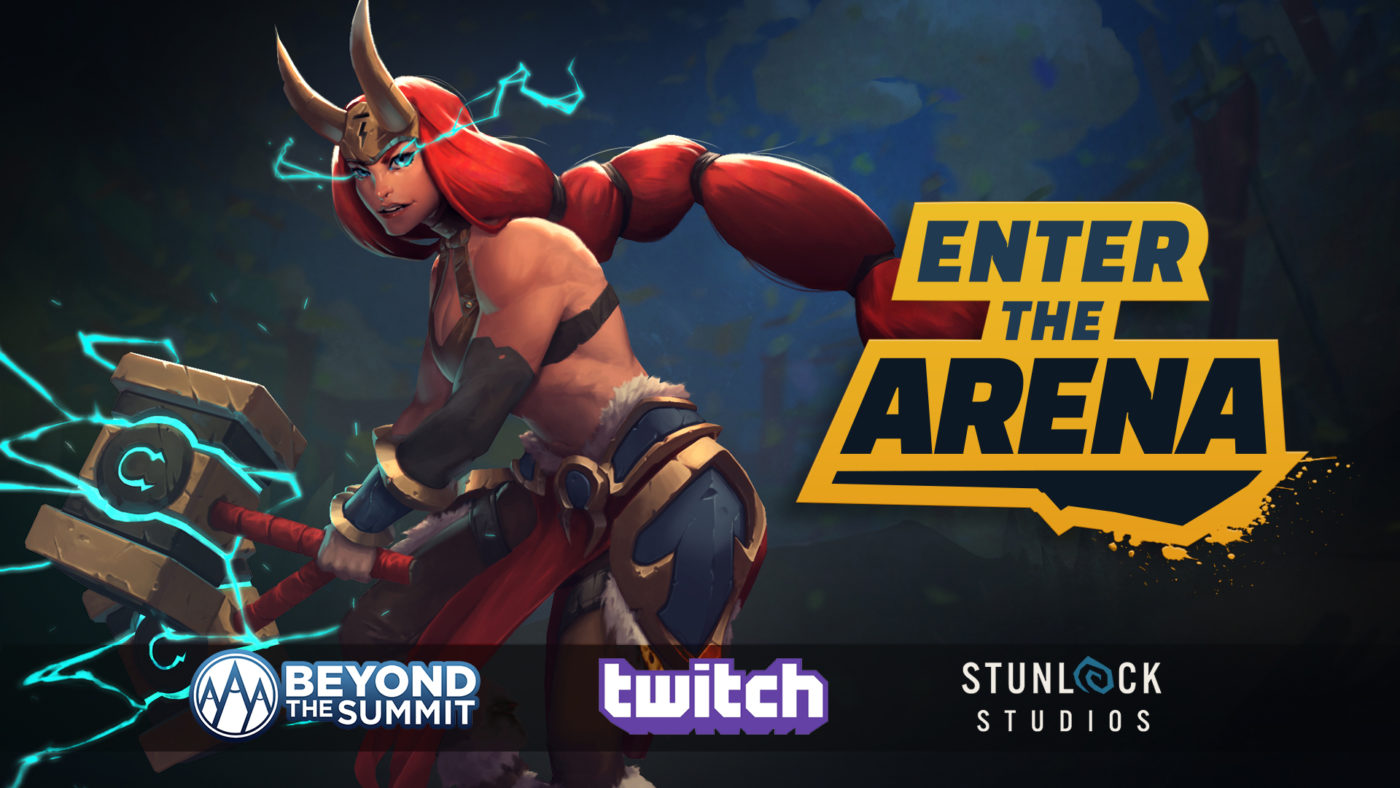 The Battlegrounds matches are split into two halves. The first half starts with the “event phase,” where players aim to secure objectives within their team. The second half  leads to an “assault/defend” section, with one team defending while the other attacks. Players win the game by destroying the Guardian on the enemy’s team.

Battlegrounds introduces a number of new mechanics as well as some refined mechanics previously used in brawls such as Respawn, Capture Points, NPC’s and Balloons, Power Shards, a Minimap function, an in-game level system, Brush and Guardians. The new patch also includes a shiny new UI and a new “Battlerites” system which let players customize and choose Battlerites before the match and enter the fray with all Battlerites active from the start of the match.

Will you be partaking in a brawl in this top-down shooter?

In other PC gaming news, Injustice 2 is finally confirmed to be coming to the platform, PUBG 2 isn’t going to be happening anytime soon, and a new Ghost Recon Wildlands patch is now live.