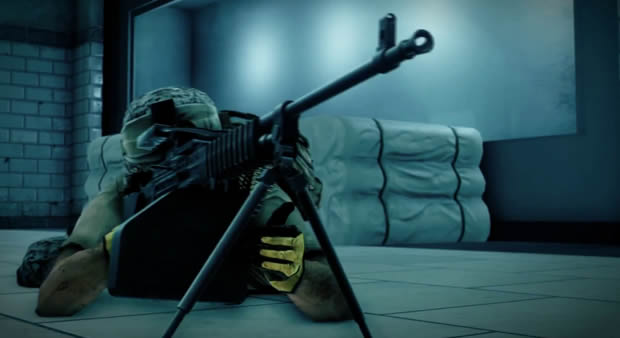 Enjoying the Battlefield 3 Beta? So far, we are on day four for players who got in with early access, and day two for those just joining yesterday. On top of noticing how gorgeous the game looks, you’ve probably already noticed a number of bugs and glitches like the glitched terrain, the perma-blue screen after respawning, or the inability to aim down sights. However, there are probably a couple things that may not strike you at first as glitches, or things that you’re not sure if you should report or not. Ever felt like you were getting one-shotted by snipers much too often? Every felt like the weapon damage was off? Alan Kertz, Senior Gameplay Designer at DICE has let us know via Twitter what kind of things the team is looking into.

First I’d like to remind everyone to check out our article on the different ways you can give feedback to DICE to make Battlefield 3 an even better game than it already is.

On to the uncertain bugs/glitches. You may have felt that the alternative control scheme for the PS3 controller didn’t make much sense. For example, R1 was mapped to fire and L2 mapped to aim down sight. Fans looked to Kertz to know whether or not this was intentional or not. He confirmed, “Yeah, known issue.”

Kertz was also asked if the auto-equip of new attachments was a design choice or a bug, and if it’s by design, can it be disable in retail? He answered, “Design. If you go in and customize it once, it will no longer auto equip for that weapon.” So, this one has turned out to be intentional.

A rather funny oddity that some of you may have noticed is that health and ammo packs actually destroy small chunks of wall when thrown out by the player. Unless this player is Superman, this probably shouldn’t be happening. Kertz confirmed that “it’s on the list” of bugs and glitches.

Two things that fans have been looking for clarification on is at what zoom level do the weapon optics start showing glint, and whether or not it was intentional that the M1911 was not in the Beta. Kertz revealed that “6x and above have glint. 4x and below do not.” He also stated that “No, the 1911 is not in the beta.” So, we’ll just have to wait for the final release to get our hands on that baby. Remember that it’s only available to Battlefield Veterans, and EA Gun Club Members.

Onto the more game-breaking matters: weapon damage. Some of you may have become rather frustrated with either how long it takes to kill an enemy, or how quickly you die. It turns out you may just not be crazy after all. When asked if the inconsistent damage for all weapons is still an issue in the current Beta version, Kertz admited, “Unfortunately, yes.” This is something that is obviously important for DICE to really nail but it’s something that could take time. It surely won’t even be set in stone when the game finally ships. You may remember that a while back, Kertz mentioned that sniper rifles could not one-hit kill an enemy unless it was a direct headshot. Then how is it I am getting one-shotted in the body at full health and still dropping dead, you may be asking yourself. Thankfully, Kertz has confirmed that it is, indeed, a “Known damage bug.” Hopefully this can be fixed for release. Lastly, Kertz was also asked why it takes so long to kill an enemy with an assault rifle in single-fire mode (6 or more shots)? He assured that “It’s only 6 at long range.”

What kind of issues have you been noticing in the Battlefield 3 Beta? Let us know in the comment section below. Also, remember to stay active in the Battlelog forums and help DICE in anyway you can.

Don’t forget to follow @MPFirst on Twitter where we will be constantly updating you guys on progress made with the beta and to take part in some epic Battlefield 3 gaming sessions with fellow MP1st readers and editors! PTFO with MP1st this weekend!