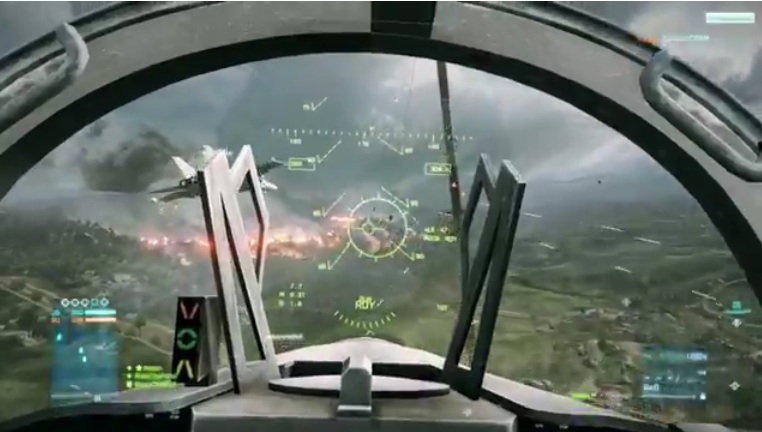 By now, you might have heard of the Xbox 360 footage that was leaked recently. It showcases some single-player jet gameplay, which looks awesome, along with some other short videos showing some destruction and other single-player gameplay. The videos themselves, aside from the jet gameplay, are very poor quality and do not show the final quality of the game. A post was created on user-submitted news site, reddit.com, showing off an image of an Xbox 360 developer build DVD along with the original  leaked footage.

So, first of all (and some of this has been covered) this is an old build and is definitely not representative of the final game. In fact, this is not even reflective of the HD capabilities of the platform. Glad to see that you’re all excited, but honestly this is probably doing more harm than serving “the greater good”. People that see these videos and captures might not take the time to understand or appreciate the source and quality issues that using a dev build presents. I’m getting bombarded with people asking me if this is what they should expect from their console copy of BF3, which, of course, it’s not. So, the EA, DICE teams and myself are working to address these concerns instead of working on other things that you guys would probably appreciate more. I understand that you’re excited, but there is a reason, and a very good one, why we don’t circulate this kind of stuff publicly. PS – Not cool, bro. I’ve been up all night @_@ EDIT: I appreciate that there are lots of you that are still excited for the game and that this didn’t make a negative impact on. I’m not surprised – the Reddit/battlefield3 community is one of the best and most informed online – always a pleasure to work with you guys. What I’m concerned about are people that stumble across this on YouTube or other sites where the context might not be in place. I think we can agree that without an explanation of what we’re looking at, this isn’t the best foot we could put forward.”

I don’t know about you guys, but I know what to expect from DICE and understand that this footage was from an early build of the game that does not represent the final version of the game. As an avid player of Bad Company 2, I know that Battlefield 3 will look no less than great in comparison to the already gorgeous Bad Company 2.
So, what do you think?
You can view the original reddit thread here.
Be sure to Follow @MPFirst on Twitter to get all your Battlefield 3 needs!