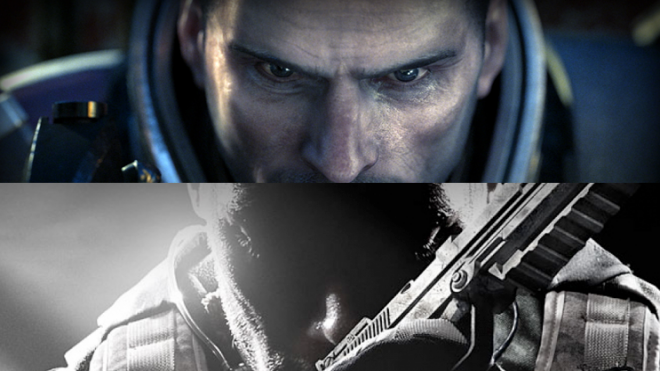 Are you a PC gamer? Chances are, you bought Call of Duty: Black Ops 2 today. Though not as great, there is also a chance that one of the two discs included within your Black Ops 2 package was, in fact, a copy of BioWare’s Mass Effect 2.

Needless to say, a huge manufacturing error has resulted in several reports of gamers experiencing an error when asked to install disc 2 on their PC. These folks on reddit, as well as on many other online communities, have reported that the on-disc content shows up as Mass Effect 2.

BioWare has caught wind of the news and has decided to act upon it. In a recent blog announcement, BioWare wrote,

Rumor has it that about a thousand customers who purchased Call of Duty: Black Ops II for PC today were also treated to a surprise copy of Mass Effect 2. If you were one of the affected, chances are you thought it was a mistake, but we prefer to think that it was an omen, and when the universe talks, you should listen.

If the universe thinks that you should be playing Mass Effect right now, who are we to argue? In fact, we want to help! The first fifty fans affected by this phenomenon to send us a picture holding their special disc 2 will receive a code for a FREE PC copy of Mass Effect Trilogy.

According to BioWare, this picture must clearly contain yourself, plus disc 2 of your Call of Duty: Black Ops 2 copy package. If you got that down, you can send your photo to community@bioware.com for a chance to be “playing your very own Mass Effect Trilogy in time for the weekend!”

Were you affected by this strange mix-up?

An Inside Look at the Medal of Honor: Warfighter Zero Dark Thirty DLC, New Images