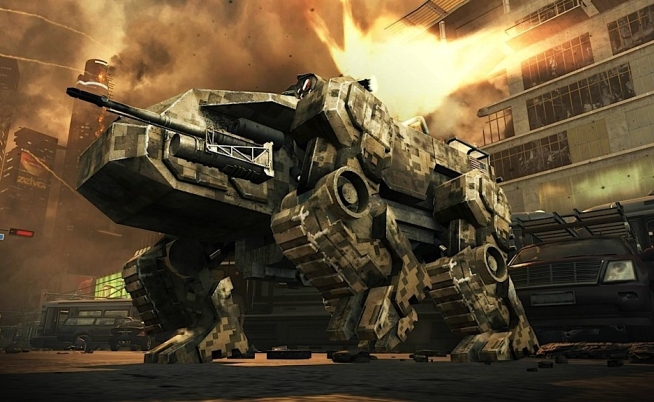 To catch you up to speed,  Call of Duty Black Ops 2 was officially unveiled last night with a debut trailer, zombies mode was confirmed, the trailer holds many secrets, the first multiplayer screenshot was leaked recently, and Treyarch emphasized the importance of eSports.

With all of that in mind, Treyarch’s boss, Mark Lamia, explains why Black Ops 2 won’t have a beta, touches on dedicated servers for PC and several other issues. Also,  Activision’s Dan Amrich highlights some facts about the game.

Let’s bury a rumor that’s bound to happen soon with scam sites claiming access to Black Ops 2 beta and such. Mark Lamia told PC Gamer that a beta for Black Ops 2 is “just not practical.” He explained, “The problem with a beta, in particular on our time frame, it’s just not practical. We’re coming out this year, we’re not taking four years to make this game or three years to make this game.”

“You could actually take a lot of time on a beta. Most consumers don’t have a technical problem. We have done betas in the past. Sometimes you get the information you need and actually sometimes you don’t. It just depends. But there’s nothing like having the reach of a game like Call of Duty to eventually get to every single place,” he continued.

Lamia was coy on whether the PC version will have dedicated server support like it’s predecessor. He stated, “We had it with Black Ops, so the architecture exists. But we haven’t yet announced exactly what that setup is going to be with Black Ops 2. The goal, for us, really, is to… We like the flexibility, just philosophically, of the dedicated server. We also like our game to be played the way we spent the last couple of years making it, and try to find that happy medium between the two. There’s a meta-game that we’ve created here in terms of allowing people to rank up with the experience points and everything. Trying to make sure that people can enjoy that meta-game is important to us too. That’s where we try to strike that balance on Black Ops as much as possible.”

Lamia cited anti-cheat as one of the factors that plays into whether dedicated servers will be supported or not on PC. He elaborated, “We know it’s a huge issue in PC gaming, for online gaming. We’ve been working on proprietary schemes, we’re not just relying on the commercial schemes that… They do a good job and clearly that’s their job, to do that stuff. But we have a lot of experience, especially after Black Ops, seeing what people were doing to the game, and we want to make sure… Look—you want to do that stuff in a custom, private game, that’s your business, but if you’re playing out there in the world, in the community, we are going to try to make it fun for as many people as possible”

With Treyarch’s push for eSports being a focal point in Black Ops 2, PC Gamer wondered how that would be possible without dedicated servers. Lamia responded, “I haven’t told you whether we are or we aren’t having them, so… You mean if there were no dedicated servers?” He continued, “We had Black Ops on the PS3 on the MLG, that was a Pro Circuit. What you’re able to do is create… In your custom game configuration, you allow people to create the customizations that they need. You don’t need a dedicated server to give people the variables they need to create a custom game.”

It’s worth mentioning that Beachhead Studios work on Call of Duty Elite, which will have an improved version for Black Ops 2, and Raven Software takes care of the DLC maps, at least for Modern Warfare 3. We still don’t know about Raven’s involvement with Black Ops 2 at this point.

Here’s a list of facts from Dan Amrich’s blog OneOfSwords sussed out by Game Rant:

The Weapons of Halo 4