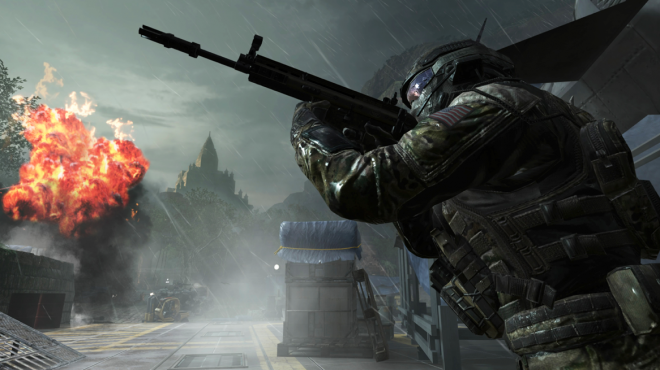 Getting pumped for Black Ops 2? Though we are still a full day and a few hours away from release, you may have noticed a Black Ops 2 copy in the hands of a number of gamers who’ve managed to attain it yearly through various means.

The question most likely pops up in your mind, as well as in others’: will those who’ve been playing before the official launch date have their stats reset at 12:00am this Tuesday morning?

Treyarch game design director recently answered this question in a series of tweets: “FAQ. Will people be reset? A. Read the previously linked Security/Enforcement policy. Unless you are a bad person doing bad things, no.” He adds that “it’s a giant game with a lot of infrastructure that needs to be deployed over several days.” Treyarch most likely feels it unfair to reset the stats of those who’ve attained a legitimate copy of the game, but we’d definitely like to hear what you think in the comments below.

To those who have received an early, legitimate copy, Vonderhaar says, “Enjoy the game. Services will be spotty as we prepare for the official launch,” adding that “It’s a rolling start. Expect bounces the new few days as we bring up extra services.”

Vonderhaar also recently handed out a few tips to those wanting to take part in live streaming League Play games when Black Ops 2 launches on day one: “If you are interested in live streaming those League Play games you will (optionally) want the right camera. Currently supported cameras: 360: Vision. PS3: Eye. PC: Most USB Cameras. It’s like getting a free starter kit for live streaming and works incredibly well, given how complicated the entire thing is under the hood.” He also commented on the Xbox 360’s Kinect, mentioning that it is currently not supported: “I know a lot of you probably have a Kinect, but it is still [being] evaluated as a video camera for the feature. More on that later.”

He also answered a few frequently asked questions, stating that the streamer’s voice does go to the live stream when recording, a YouTube channel is needed though a partnership is not, and that 10 viewers are needed to activate the stream while good upstream bandwidth is a requirement.

Lastly, those on the lookout for more Black Ops 2 PC news can look forward to what a Treyarch developer working on the PC version recently tweeted, “On the post-launch patch task list: 90 FOV.”

So, what are you doing to get prepared for Black Ops 2?

EA Acquired Battlefield.com for 80K, Owns Up to Battlefield 9 in Domains