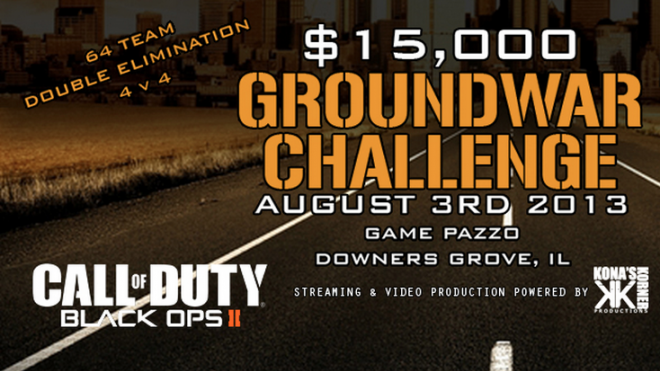 Urgent Fury is gearing up for a $15,000 Call of Duty: Black Ops 2 tournament this August.

Taking place in the Chicago, IL area on August 3, this double elimination tournament on the PlayStation 3 will give 64 teams a chance to take a cut of the $15,000 prize pool.

Teams made up of 6 will fight through matches consisting of the best of 3 maps with the finals being best of 7 maps. Settings similar to Activision’s Call of Duty Championship will be implemented.

The event will take place in a Game Pazzo, sporting a full game center with a full bar and cafe. Doors open at 10am. Registration closes 9am August 3, 2013.

Here’s the prize breakdown per team:

Modes featured in the tournament will be:

More info is to come, but all attendees will have a chance to win prizes as well. You can learn more about the event on Urgent Fury’s official page, including official rules and settings. Pre Registration is now open.