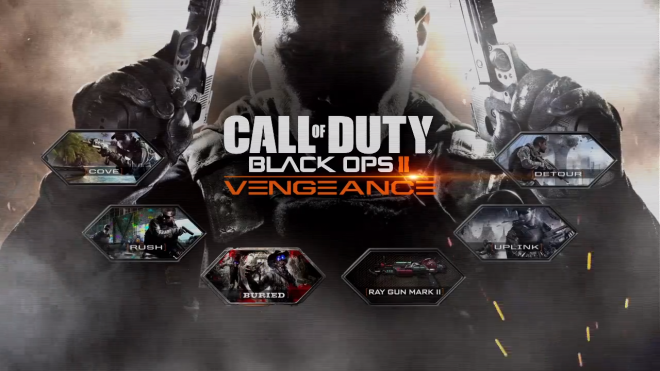 Vengeance is coming to Black Ops 2 this Tuesday, July 2, on the Xbox 360, later for PlayStation 3 and PC owners.

If you’re anxious to see what it’s all about, we’ve got five brand new gameplay videos of all four new multiplayer maps, including 10 minutes of Zombies footage from the new map, Buried. You’ll meet “The Sloth,” get a peek at the brand new wonder weapon, the “Paralyzer,” and learn about some of the newest gameplay additions.

Check out the footage below and let us know which map you’re looking forward to the most.

Domination on Uplink (re-imagining of Summit)