Ready? This is a huge info dump, though it’s not complete just yet, as the new Prestige system has been mentioned here, but Treyarch will go in-depth with it tomorrow! Additional Intel: On November 13th, Black Ops Cold War is set to launch with an updated player progression system. Players will begin by completing Military Ranks, a traditional leveling journey to unlock functional gameplay items. Once completed, Black Ops Cold War players will enter an updated and improved Season Leveling that begins at game launch with the Pre-Season, and which becomes synchronized with all three games at the beginning of Season One on December 10th.

At the launch of Season One in December, the path to gaining XP and leveling up will be shared across all three Call of Duty titles: Black Ops Cold War, Modern Warfare and Warzone.This Progression system is both familiar and innovative, allowing you to level up in all three titles no matter which game you play.

More details regarding the new Prestige system, Prestige Master requirements and more are set to be announced tomorrow, November 6! 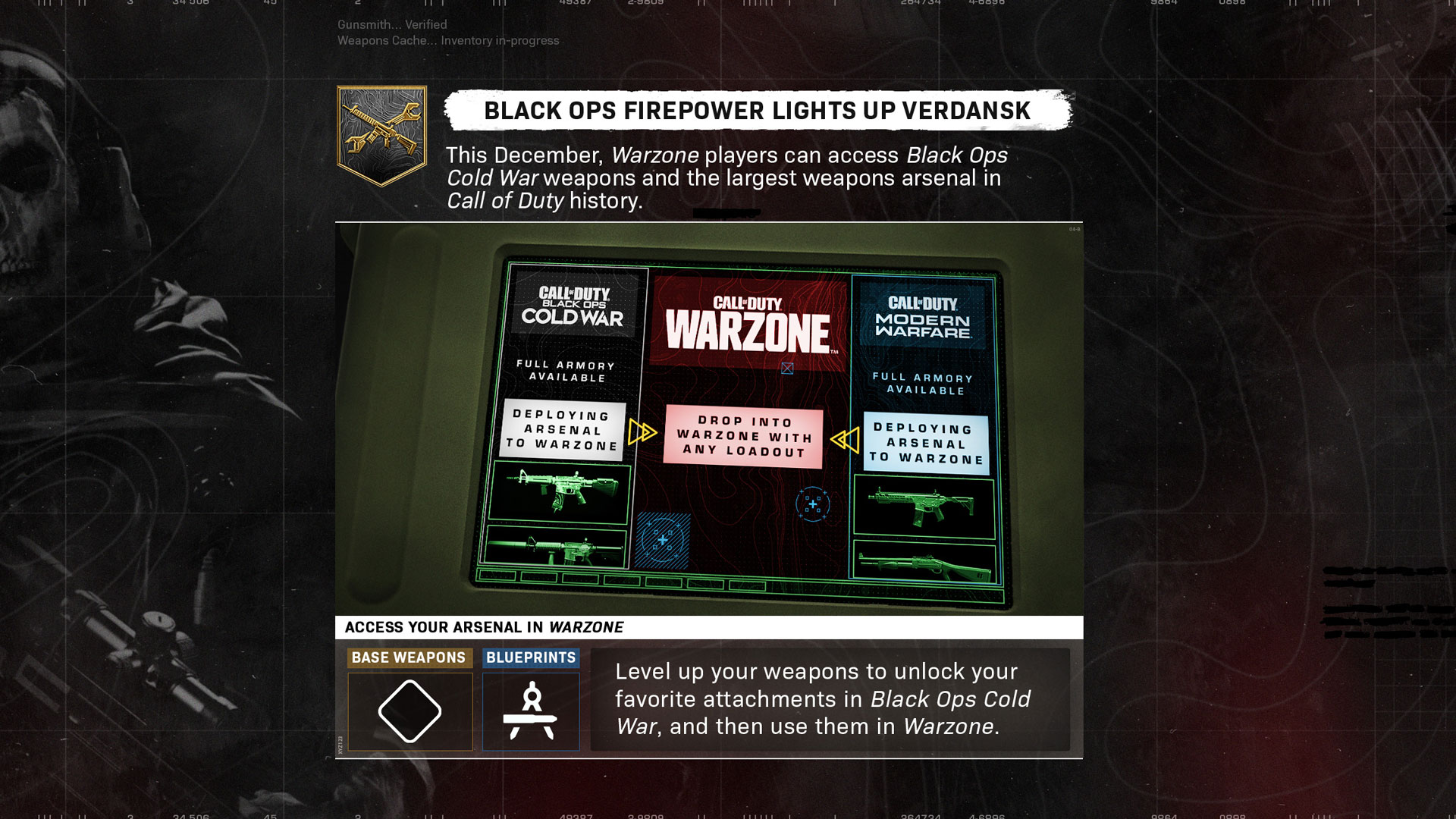 Initial Briefing: At the start of Season One expect every weapon from Modern Warfare and new weapons from Black Ops Cold War to be accessible in Warzone, including Blueprints and camo variants. Mix and level up weapons both in Warzone and the game the weapon originated from.

Welcome to the largest weapons arsenal ever seen in Call of Duty!

Additional Intel: Every weapon you’ve unlocked in Modern Warfare, as well as every weapon you’re going to unlock in Black Ops Cold War, is planned to continue to be available in Warzone. This includes Modern Warfare Primary and Secondary weapons (including Blueprint variants). The current plan is for Warzone to also include all Primary and Secondary weapons available throughout the lifespan of Black Ops Cold War, including launch and Season weapons, as well as every single Weapon Blueprint. Naturally, this includes the assortment of free weapons you received during every Season of Modern Warfare, just for playing the game.

In the Warzone Weapons menu, look for visible Black Ops and Modern Warfare logos on every weapon’s menu tile so you can immediately tell where your armament originated. When you earn or unlock a new weapon in Black Ops Cold War, it immediately appears for use in Warzone. 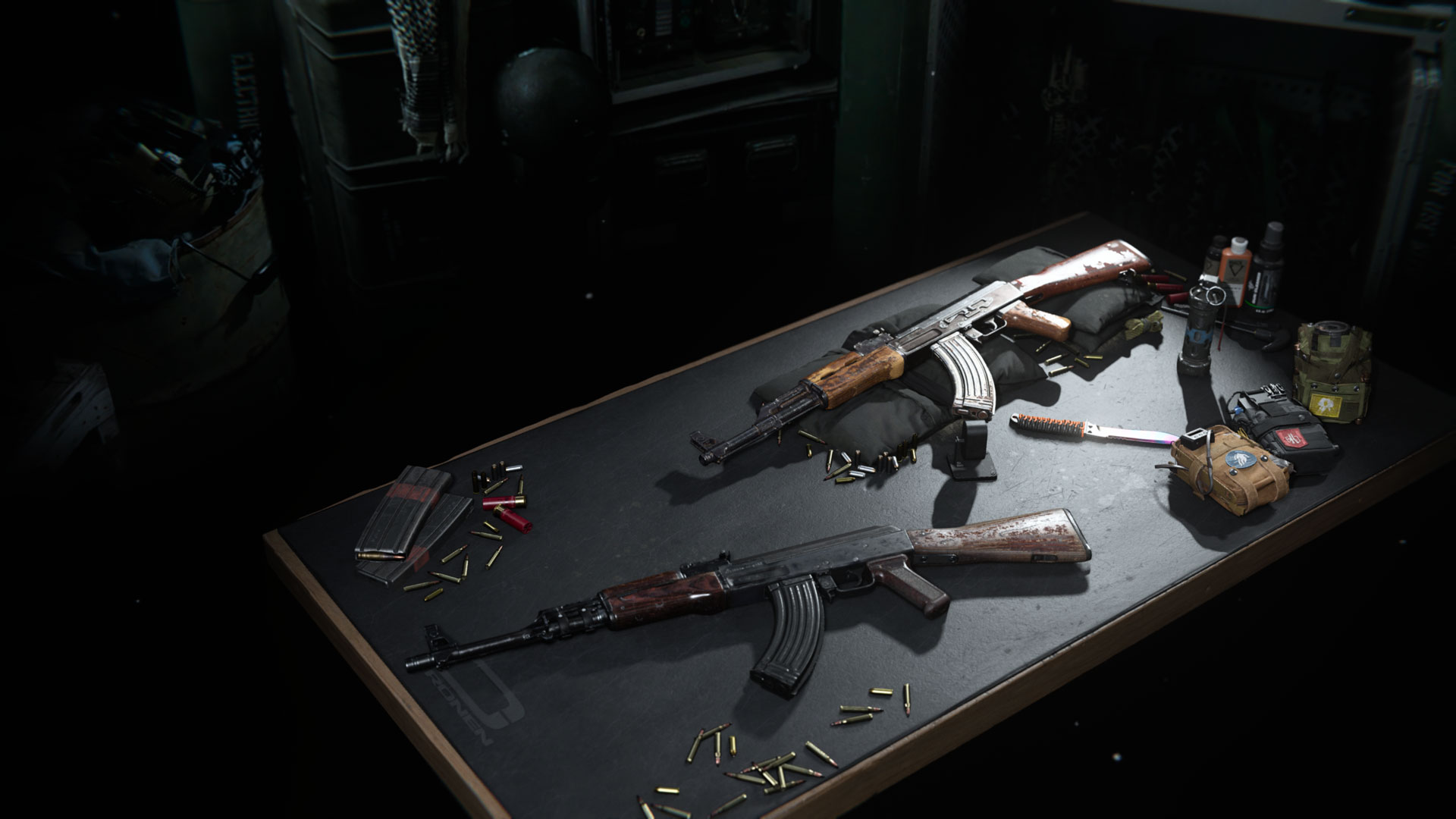 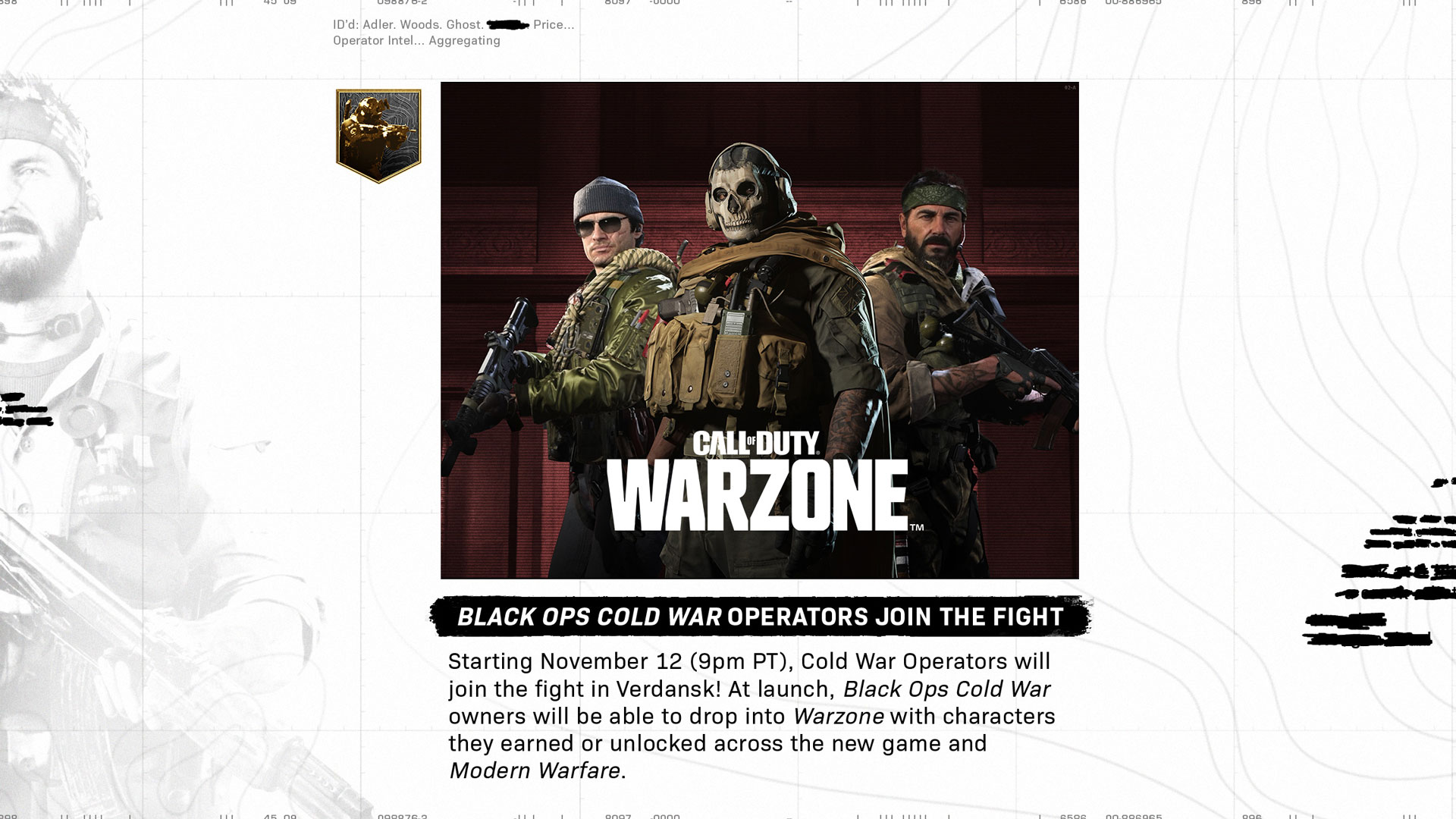 Initial Briefing: At launch, take any Operator you’ve unlocked from Modern Warfare or Black Ops Cold War into Verdansk, including any earnable and unlockable skins.

Additional Intel: With the advent of Black Ops Cold War Operators entering Warzone on November 13, expect an Operator select screen with more choices than ever before relating to who you’ll take on your next mission into Verdansk. As expected, Operator access is on a per title basis: Woods and Garcia, ready for the drop. Take any unlocked Operator from Black Ops Cold War or Modern Warfare and enter Verdansk.