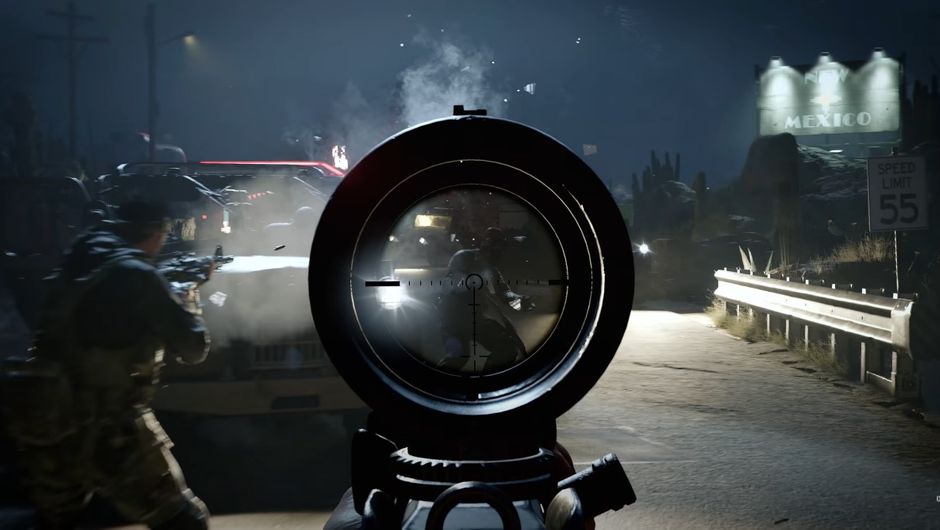 With Call of Duty: Black Ops Cold War’s Season 1 fast approaching, Treyarch has released the Black Ops Cold War cinematic trailer which gives us a peek at the action that’s about to come, as well as the return of a familiar foe, Stitch!

Check out the trailer now to hype you for Season 1!

Time to settle the score.

A trap has been set. A CIA safehouse has been hit. And an old enemy returns to get his revenge.

After storming an experimental Nova 6 production site on Rebirth Island, Russell Adler has made a powerful enemy in Vikhor “Stitch” Kuzmin, the ex-KGB leader of the Nova 6 program. And Stitch is looking to settle the score.

Now, Adler and his CIA strike team find themselves trapped, and surrounded by enough Nova 6 nerve gas to throw the world off its axis.

Season One arrives to Call of Duty: Black Ops Cold War on December 16.

Black Ops Cold War Season 1 will see the return of Black Ops 2’s Raid in multiplayer! Not only that, but we’re getting new weapons, new scorestreaks, and of course, the integration of Call of Duty: Warzone into Black Ops Cold War.

Once the patch is out for Season 1, we’ll be sure to let our readers know. Hopefully, pre-loading it will once again be an option.