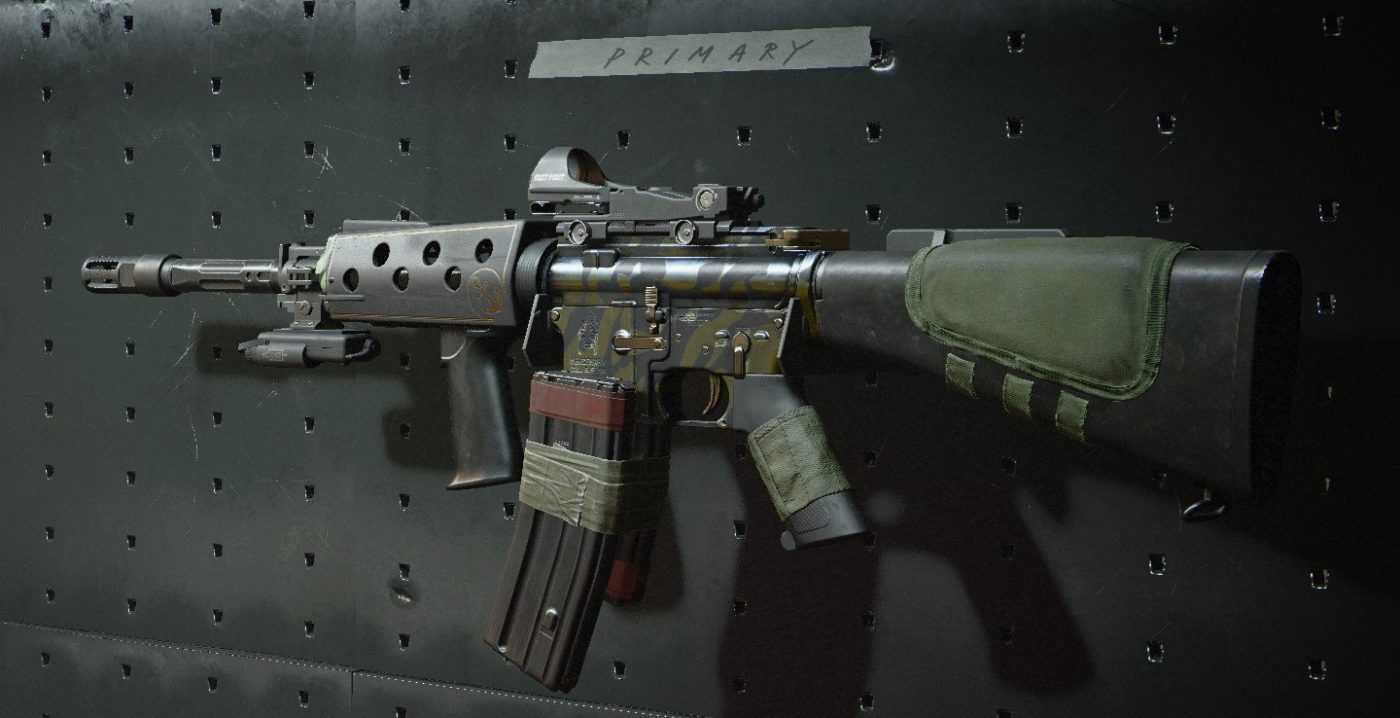 Following yesterday’s Call of Duty: Black Ops Cold War AK 47 gun guide, we now have a new assault rifle to showcase, and that’s the XM4! Same as the AK 47, this Black Ops Cold War XM4 gun guide lists down the attachments you need to use, and what to avoid. Head on below for that and more.

Thanks to Korean YouTuber Tiny wolf’s Gaming for the gun guide below, so make sure to check his YouTube channel. We’ll be featuring his gun guides more soon as well.

Referencing the chart above, the damage dropoff on XM4 beyond its effective damage range isn’t too bad, which means it’s okay to sacrifice a bit of range for things the gun needs more of.

Much like Krig 6, XM4’s headshot efficiency is quite bad.

The recoil on XM4 isn’t bad at all. If you’re an average FPS player, you should be able to control it easily. It’s not the most accurate gun in the game, but because ARs are most effective at about 40m you really don’t need more than what it has.

Small damage drop off beyond the effective damage range.

TTK isn’t special at all.

I think the problem with this weapon is that, while it doesn’t have a major weakness, it doesn’t really have any great strengths. Its TTK is obviously lower than SMGs. But worse than that is that even other ARs, like AK47, kill faster. Because of that, it’s possible you’ll lose an engagement even if you start to shoot at your opponent first. To avoid that problem, you have to be aware and in control of your combat distance.

Further than 20m, XM4 has a faster TTK than SMGs. Closer than 50m, it has better mobility than LMGs. Further than 50m, because it’s not the most accurate gun in the game, it can be out performed by TRs and LMGs. Positioning on this gun is very important.

Run-and-gun playstyles and camping styles just aren’t that good for XM4. Instead you maintain the right distance from your enemies, adapting to the everchanging situation. If you know much about football (soccer), you can consider this gun a lot like the midfielder position.

An optic of your choice / 13.7″ Extended / Foregrip / SAS Combat Stock

As XM4’s damage falloff isn’t too bad, I decided to not with anything that increases the range. Instead, I tried to increase the gun’s bullet velocity, which is quite slow by default. Its hipfire accuracy is already pretty bad, so I decided to go ahead and just sacrifice it.

Since ARs require a pre-aim playstyle to compete with SMGs, I enhanced aimwalking movement speed.

In Cold War, ARs have awful hipfire accuracy. If that’s the kind of gameplay you want I would recommend going for an SMG instead, because even with attachments ARs just don’t shine in that area.

The fifth part is open to a suppressor, flashlight, or a grip that gives you a bonus to ADS. Or you can go for an extended magazine if you prefer.

There are 4 different barrels you can choose.

The extended barrel increases bullet velocity, from 550m/s to 1100m/s. Attachments in Cold War have ridiculous numbers, like increasing something by a LOT. I actually kind of feel like developers put random numbers… But that being said, the better bullet velocity is a definite boon to have. In my opinion, M4 starts to get weaker once the player using it can feel the velocity, if that makes sense. With this barrel the velocity is actually faster than SRs! Bullet velocity isn’t that big a deal in close combat, but it becomes more and more valuable the further away you get- starting at about 45m away.

Takedown barrel isn’t bad, but because the damage dropoff isn’t too terrible, adding range isn’t that important. I don’t honestly think this barrel is useful on this gun.

Reinforced heavy increases the range up to 91.44 meters. I mean, in this game that covers most situations. The bullet velocity also becomes faster than any SR that doesn’t have attachments.

Taskforce gives 6% damage, but that actually isn’t enough to alter the overall TTK. It does, however, increase headshot efficiency- which this gun is in desperate need of. One of the biggest downsides of M4 is that there’s no real way to change the TTK dramatically with playstyle. With this barrel, however, you can actually reduce the TTK with two headshots. In short that means that if you feel confident in your aiming skills and think you can consistently hit your enemies in the head, this is a solid choice. I get enough headshots that I can feel the difference this barrel makes, which is cool.

For consistent benefits that aren’t skill based, extended barrel and reinforced heavy barrel are both good choices.

If you’d like to increase the gun’s potential, at the cost of it requiring a little bit more skill, taskforce is the way to go. If you decided to run the taskforce barrel, you will also need to go with the scavenger perk to manage your ammunition.

The recoil on XM4 is totally controlable.

However, unlike vertical recoil, horizontal recoil is something that you can’t really control.

Again, the recoil is manageable. Lower the bullet velocity of a gun that is already hurting in that area just isn’t a good idea, in my opinion.

I feel like ARs in Cold War are quite weak, honestly. They just don’t have much of a defined “role”, if that makes sense. They are at least versatile compared